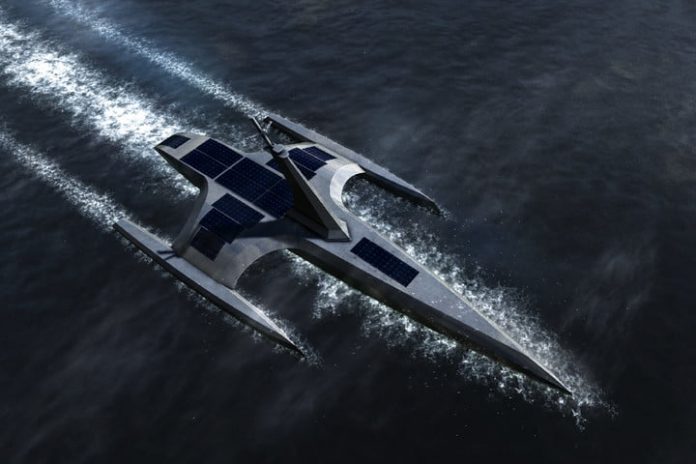 Last year, Digital Trends wrote about an ambitious project that seeks to dispatch an unmanned autonomous ship across the Atlantic Ocean on the 400th anniversary of the voyage of the Mayflower. While this first-of-its-kind journey won’t take place until the this fall, IBM and marine research organization Promare announced Thursday that the “A.I. Captain” that will power the self-steering vessel is ready to go to sea for a month of testing. This trial, which will take place on a manned research vessel off the coast of Plymouth in the U.K., will test out the onboard A.I. and edge computing system to see how well it navigates.

“The complexity and danger of the ocean is definitely the biggest challenge for this mission,” Don Scott, chief technology officer of the Mayflower Autonomous Ship (MAS), told Digital Trends. “It’s not like A.I. Captain starts performing an action and then stays along that path. To be effective, the A.I. Captain will have to constantly evaluate and reevaluate the situation, and make decisions based on the changing local and forecast environment.”

In theory, navigating at sea is comparatively easy next to, say, a self-driving car driving on a busy city street. But there’s plenty that could unexpectedly go wrong. The ocean is an ever-changing dynamic environment and the Mayflower will need to be able to deal with this level of complexity, on its own, in the middle of the ocean with intermittent connectivity.

“The Mayflower Autonomous Ship is the perfect situation where theory and thoughtful rumination are forced to address reality,” Scott said. “In this case, the hard reality is the open ocean. In order for MAS to succeed, we need to advance not only our knowledge and capabilities of A.I.-based autonomy and all of its composite components, but also make it work at sea.”

“A fully autonomous ship in the middle of the ocean must be able to recover without the benefit of human intervention,” High said. “Building a ship which is able to self assess and understand the changing limits for its mission based on its evolving condition is very challenging. It will rely to a large extent on failure prediction and localized compute power. That’s where edge computing comes into play. We can think of the Mayflower Autonomous Ship as an edge device. IBM is providing the edge systems that enable it to operate independently in some of the harshest conditions of the world.”

Can it pull it off? We won’t know until September, but this at-sea testing will certainly offer more than a few clues.