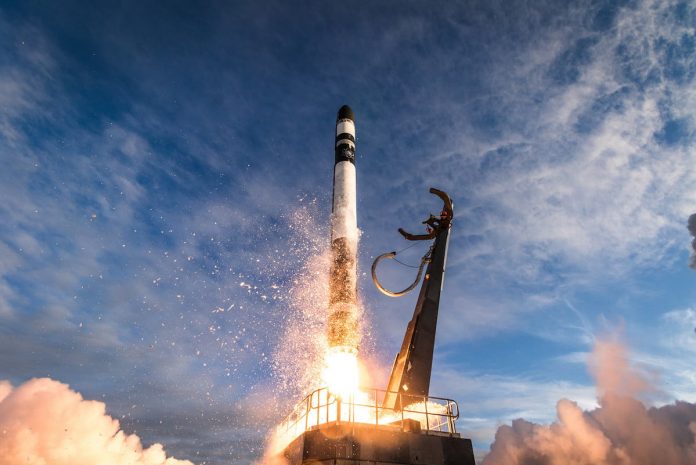 When you think of rocket launches, you probably think of huge companies like Boeing or SpaceX manufacturing massive rockets like the Starship. But Rocket Lab is taking the opposite approach: instead of building bigger rockets with larger payloads, it’s making rockets that are smaller, lighter, and more affordable. We spoke with company founder Peter Beck about how Rocket Lab is using new technologies to make space more accessible to all.

One thing that Rocket Lab has become renowned for is its use of 3D printing techniques to manufacture its Rutherford rocket engine. This approach requires an entirely different approach to design than the use of manufacturing techniques like machining. “Part of the art of 3D printing is trying to combine as many parts and as much complexity within those parts as possible, which is the opposite of traditional manufacturing,” Beck explained. “In some respects, that makes assembly easier as there are fewer parts in total.”

The advantage of 3D printing complex engine parts is not only saving manufacturing costs, however, but also significant savings in weight which is an important factor in rocket launches. A complete Rutherford engine weighs just 20 kg and is one of the highest performing liquid oxygen/kerosene engines available, thanks to specially deigned components like injectors which can be printed rather than manufactured. “You can print things that you cannot produce any other way,” Beck said.

One rocket comes off the production line every 30 days

In addition to the engines, some other rocket components like valve bodies are 3D printed as well. But Beck doesn’t believe in using technology for the sake of it, and there are plenty of components which it makes “absolutely no sense” to 3D print, such as tanks or nose cones. These large, structural components can be efficiently manufactured using other methods. So Rocket Lab is selective in its use of 3D printing, opting for it only when it makes sense. “We’re brutal about what parts we 3D print and we’re not wed to the process. The best design wins.”

The aim of this  new approach to the manufacturing of rockets is to make launches available to more people and companies outside of the typical space industries. Rocket Lab’s customers have included organizations as diverse as a group of California high schools which built their own satellite, to the U.S. Air Force, which uses the launches for its Space Test Program.

“Our overall mission is to try to make space accessible,” Beck said. With a growing market for small satellites and new innovations for how to use spacecraft, there are opportunities for more people than ever to be involved in space-based research or business opportunities. But to get these ideas off the ground, more launch vehicles are required. “We need to be able to produce a launch vehicle very rapidly and very frequently,” Beck said. “Right now, one rocket comes off the production line every 30 days.”

With each rocket requiring 10 engines, the engine components need to be produced in high volumes, to very high tolerances, very quickly. “If you look at the traditional manufacturing techniques that you would employ in building rocket engines, they don’t scale very well.” But 3D printing allows Rocket Lab to produce an engine roughly every 24 hours in a scalable process.

In the future, Rocket Lab has an even more ambitious timeline for production: “We’re aiming to get down to one rocket every week,” Beck said.

If a company wants to launch its own spacecraft, the most common option used now is a “rideshare” such as SpaceX’s smallsat program in which multiple payloads are carried aboard a rocket and are placed into orbit in the same region. But there are limitations to this method including scheduling issues and limited placing options. Rocket Lab offers a personalized delivery method instead, in which one payload is sent up at a time for one specific customer.

Having a smaller dedicated launch vehicle allows customers to place their payloads into specific orbits, as Beck explained the difference between dedicated launches and rideshares: “If you wanted to load up a bus full of people and take them to a winery, then you’d go and get a big bus. If you had one person who just needed to get across town, then you’d take an Uber.”

Rocket Lab’s dedicated launches are used for high value satellites, in which sending them along with other spacecraft would be too great a risk, as well as for spacecraft with delicate components or those which are related to national security. In addition, the company has its own launch pad located in New Zealand, the first commercial spaceport in the southern hemisphere, which means it has complete control of the schedule for its launches. In an industry where delays of up to a year are common, being able to ensure a project is launched on schedule is a massive advantage.

This approach of offering small payload launches is making the launch of satellites more affordable to a broader range of people, Beck said. Rocket Lab’s launches cost around $7.5 million, compared to the cheapest alternatives for dedicated rocket launches which cost $32 million.

The biggest challenge yet: A NASA moon mission

For this project, Rocket Lab is going far beyond its typical launches into low earth orbit. It will first use an Electron rocket to launch the payload into orbit, and then its Photon satellite will detach. The satellite has its own propulsion system, and over a period of three days it will perform multiple engine burns to slowly increase its orbit. With one final burn, the craft will perform a “trans-lunar injection” to break free of the Earth’s gravity and to move and into orbit around the moon.

Once the craft is on its way to the moon, it will deploy the NASA CAPSTONE spacecraft which will use its own engines to slowly spiral in to the moon using its gravity. This type of mission requires an extreme degree of accuracy as the smallest deviation can cause a craft to end up hundreds of miles from its intended target. It will serve as a basis for much of NASA’s planned infrastructure around the moon. “It’s really important to understand that orbit, to understand that environment and how to get there,” Beck said. “It’s a big deal.”

As well as an extreme need for accuracy, the mission is going ahead on a very short timeline as the launch is targeted for early 2021. “It’s an incredibly quick timeline,” Beck said. “Generally missions to the moon are measured in billions of dollars and decades. We’re doing it with tens of millions of dollars in months. This is an incredible mission.”

Facebook
Twitter
Pinterest
WhatsApp
Previous articleFour reasons why the VAVA 4K projector belongs in your living room
Next articleVR is making medical training cheaper, better, and more accessible than ever

Residents of a village in Wales kept losing their broadband connections at the same time every day. The cause? One resident's aging television set.
Read more

It will likely support content up to 1080p.What you need to knowThe very first images of Amazon's Fire TV Stick
Read more

OnePlus 7T Pro review: The icing on the cake

OnePlus's half-step upgrade to the 7 Pro doesn't change much, but then again, it really didn't need to.The OnePlus 7
Read more