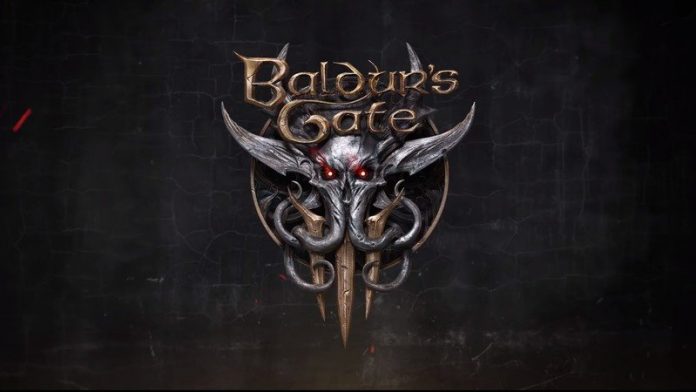 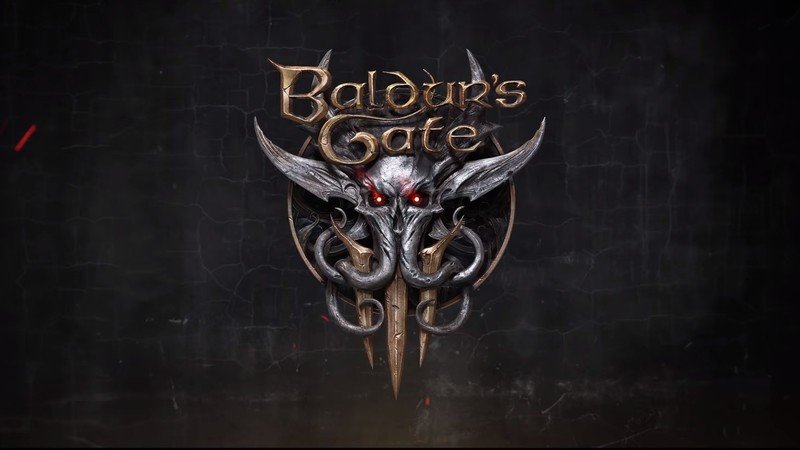 The Illithid are back and they are ready to conquer all of the Forgotten Realms.

When you think of truly iconic Dungeons and Dragons videogames the first name that will always come to mind is Baldur’s Gate. There are others — Neverwinter Nights comes to mind — but none of them hold the hallowed place in people’s hearts like the Baldur’s Gate series.

It’s taken a long time, but Wizards of the Coast, the owners of D&D, have finally agreed to allow a company to get its hands on the rights to the franchise. Larian Studios — the creators of the hugely popular Divinity: Original Sin series — has been given the reigns, and asked to create a true successor to the RPG we all know and love. 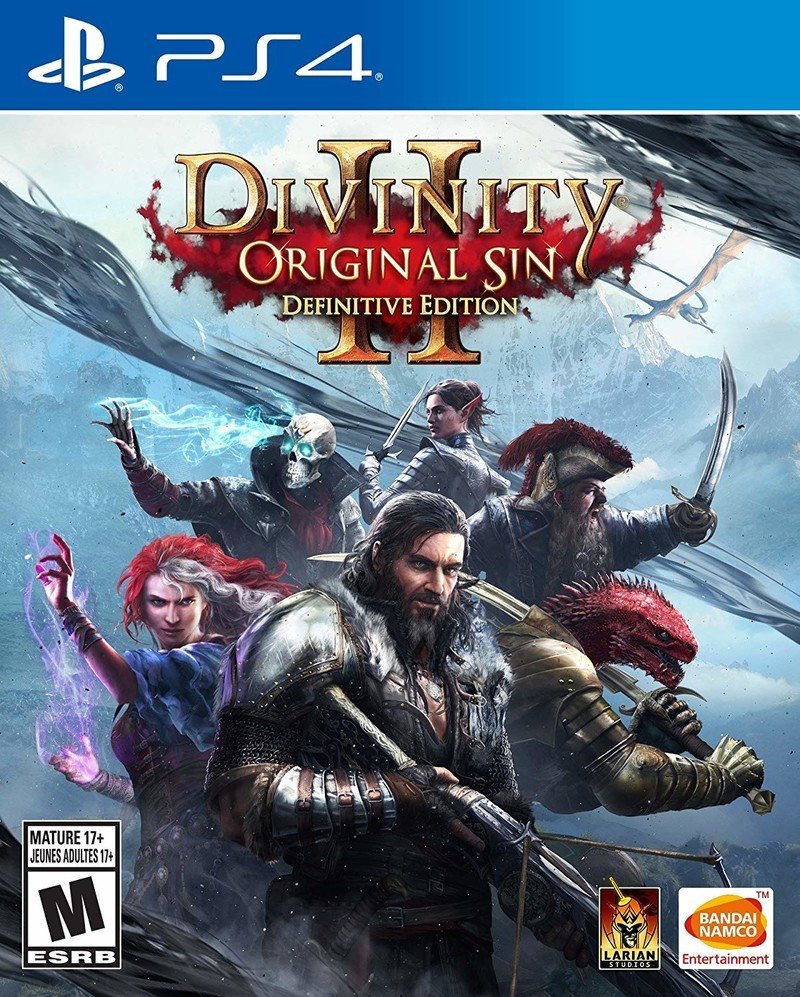 What is Baldur’s Gate 3?

Baldur’s Gate 3 is an isometric role-playing game being developed and published by Larian Studios, with support work done by Wushu Studios. It takes place in the Forgotten Realms setting of Dungeons & Dragons and is named so because of the iconic city: Baldur’s Gate.

Baldur’s Gate is a city located on the Sword Coast on the continent of Faerûn and is the setting for several of the companies roleplaying modules. It also features in countless books and D&D campaigns across the world.

The city itself has been the center of a lot of turmoil over the years, but has been kept safe by the local law enforcement, The Watch, and has been a model of inclusiveness for much of the Sword Coast. That doesn’t mean it doesn’t have its own seedy underbelly. It has historically been a safe haven for smugglers and “Freetraders” — that means pirates folks — but the Watch and the addition of the mercenary company the Flaming Fists keep the criminals from becoming too powerful.

Baldur’s Gate is the place you go to get the thing you need, whatever that thing might be. In this case, the thing you don’t is there too. Tentacled things.

You can take a look at the opening cinematic for Baldur’s Gate III below.

What on Faerûn are those tentacle things?

Those are the Illithid, and they are as scary in-game as they look on screen. The Illithid, or Mind Flayers as they are sometimes called, are terrifying beasties from another plane that have made their way to the Forgotten Realms in Nautiloids — dimension-hopping ships, and that enormous tentacled thing in the background — where they seek to conquer the worlds and eat the people who live there.

Clearly inspired by Lovecraftian mythos, the Illithid have psychic powers and to breed — this is really gross guys — they implant their tadpole in another species ear and the tadpole then eats the brain until it takes over fully. Once the tadpole has reached maturity it transforms the host into the full Mind Flayer you can see above.

The Illithid are the perfect enemy for this post-Stranger Things world we live in. The Illithid are what the second series of Stranger Things used as inspiration for its big bad, and so an entirely new generation know what they are and why they are scary. This gives Baldur’s Gate 3 a base of people with an interest in Illithid.

The first trailers that we have seen didn’t have any gameplay footage, but Larian has spoken a bit about it. As the makers of Divinity: Original Sin, Larian is no stranger to Isometric-style games and as the original two Baldur’s Gate games were also Isometric, Baldur’s Gate III follows suit as an isometric game.

Larian and Mike Mearls — Creative Director of Dungeons & Dragons at Wizards of the Coast — spoke about how the game needs to reflect how D&D plays and that a lot of the game mechanics will reflect the play between the Game Master in D&D and you, the player. There is even talk of a “DM Mode” — giving you the chance to create your own story within the story. While this has not been confirmed, Divinity does have a DM Mode and it would be crazy not to include it in a game based on D&D.

We got to see gameplay of the game at a reveal early in 2020, which shows an in-progress look at what players can expect. You can read more in our preview coverage. Here are some highlights:

Is Baldur’s Gate 3 a sequel?

Yes, but you don’t really need to have played the other games to understand Baldur’s Gate 3. In a recent interview with Fextralife Larian, CEO Sven Vincke said we will meet “Several characters from previous games” but that each of the games are “closed chapters.” This makes a lot of sense. The first game arrived on shelves in 1998, that’s a long time to try and remember everything that’s happened over two massive RPGs.

What edition is Baldur’s Gate 3?

If you aren’t normally a Dungeons and Dragons player, you might not know what this means. The edition of D&D you play greatly changes the rules and feel of the campaign and will inform the game designers’ decisions when it comes to certain actions like fighting and defenses.

Baldur’s Gate was originally based on the second edition of D&D, often referred to as AD&D, while this new game will focus on the Fifth Edition ruleset. Right now, Wizards of the Coast are all in on Fifth Edition, so it makes perfect sense for this new game to use the latest and greatest.

Fifth Edition has some interesting mechanics that could work really well in a computer game. Things like Advantage — roll two dice and take the better result — and inspiration — make a decision based on your character’s backstory and get Advantage — should transfer into a digital world fairly easily.

It’s very unlikely. Right now, the confirmed platforms are Stadia and PC. Developers at Larian Studios have openly said they want the game to come to additional platforms but that current consoles, such as the PS4, will not be capable of running the game.

Will Baldur’s Gate 3 have multiplayer?

Yes. The Baldur’s Gate 3 tagline is “Gather Your Party” so having a multiplayer component is guaranteed. Sven did say that there will be cooperative multiplayer and that the party is a huge part of the game. Dungeons & Dragons without a party is really not a lot of fun, so playing the game with a group of friends will make a huge difference.

I also like the idea of being able to give your inspiration to other members of your party. It’s a big part of Fifth Edition and would really add a feeling that you are playing the tabletop game, visualized through a video game.

Unfortunately, we just don’t know, and we have no release date for the full game. We do know that it will be coming to Google Stadia and PC. We also know that it will launch into early access sometime later in 2020. This early access period will include the first bit of the story and some areas to explore, though the full game will be much larger.

The latest D&D module from Wizards of the Coast is based in Baldur’s Gate and will be linked to the goings-on in the Baldur’s Gate 3 video game. We won’t know how linked until someone who has completed it and played BG3 tells us but the storyline suggests a link.

Zariel is known for taking entire cities into the Nine Hells — a separate dimension in the Forgotten Realms — using infernal machinery. If the inhabitants of Baldur’s Gate fight back, or if the angels get involved, it could cause a rift that would allow the Illithid to enter the Faerûn dimension.