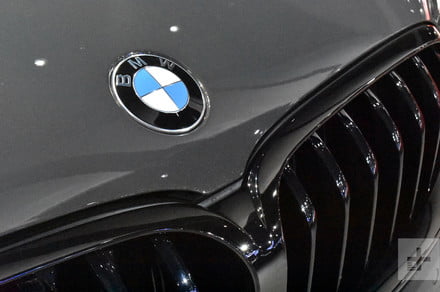 Apple is reportedly working with BMW for the rumored CarKey feature, which has appeared in iOS 14 code after being first spotted in the iOS 13.4 beta.

The code for iOS 13.4 contained references to a CarKey API, according to 9to5Mac. The feature will allow iPhone and Apple Watch owners to unlock and lock the doors of NFC-compatible cars, and to start them up. CarKey is expected to work even if the devices have run out of battery, and even if they have no access to the internet.

The digital keys will be located in Apple’s Wallet app, and they may even be shared with other people through the Messages app. Vehicle owners will be able to grant permanent access to their cars, such as to parents or a spouse, or temporary access, such as for a friend who wants to borrow it for a weekend or a valet driver.

9to5Mac has now spotted evidence from the code of iOS 14 that suggests Apple is working with BMW as the first car manufacturer that will adopt CarKey. BMW was also the first to adopt Apple’s Wireless CarPlay, so this comes as no surprise.

Screenshots uploaded on Twitter also apparently show the user interface for CarKey, which is already included in the release version of iOS 13.4.

Ready to take the i8 for a spin @MaxWinebach? pic.twitter.com/bmKqY71BEd

There are questions about the legitimacy of the screenshots due to certain abnormalities, including the explanation for Express Mode referring to Express Cards instead, and the spacing for text in the Set CarKey Access Type menu appears awkward. However, since this is not yet a fully rolled out feature, it may not yet have received a final polish from Apple.

Apple’s CarKey may utilize the ultra-wideband chip that was introduced on the iPhone 11, iPhone 11 Pro, and iPhone 11 Pro Max, according to 9to5Mac. So far, the chip has only been used for minor improvements to the AirDrop wireless data transfer feature. With the Apple Watch mentioned in the iOS 13.4 beta code, a future model of the smartwatch may soon also be equipped with the UWB chip.

In addition to CarKey, another expected upcoming application for the UWB chip is for AirTags, Apple’s rumored tracking product similar to Tile.

The best OnePlus 8 cases and covers

This smartphone has glass on its front and back, which scream out for a case to protect it against drops.
Read more
News

In this week's App Recap, we've compiled a list of several apps released recently that are worth checking out. We've
Read more

How to play Jackbox over Zoom

Learn how to stay connected and have fun remotely by streaming the Jackbox Party Pack collection via Zoom.
Read more

The best OnePlus 8 cases and covers

This smartphone has glass on its front and back, which scream out for a case to protect it against drops.
Read more

It's not a new game, it's not live, but it is new sports related content and we are here for
Read more