Home News All traditions are scrapped: Keeping coronavirus off the ISS
News

All traditions are scrapped: Keeping coronavirus off the ISS 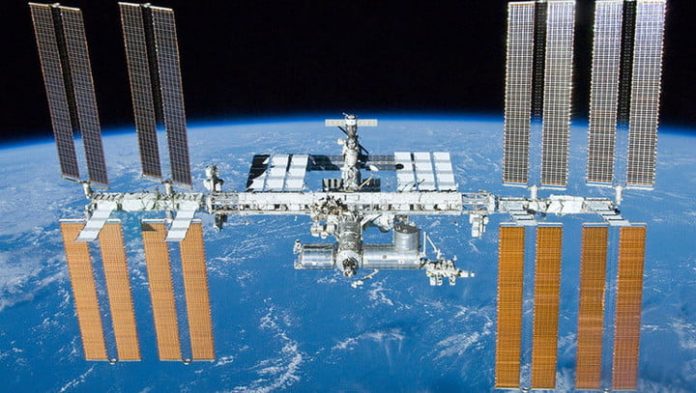 With the global outbreak of coronavirus, officially called COVID-19, affecting every area of life, you might be surprised to hear that NASA and other space agencies still intend to go ahead with their plan to send more astronauts to the International Space Station (ISS) next month.

In fact, ISS astronauts already undergo strict quarantine restrictions as part of their launch preparations, so they might be some of the few people in the world whose plans for the next few weeks haven’t changed. But now, restrictions have been tightened even further to ensure there’s almost no chance of spreading the coronavirus beyond our planet and onto the space station.

While quarantine procedures are new for most of us, they are well familiar to astronauts. For decades, astronauts have been placed in quarantine for periods of time before they launch into space, especially if they are traveling to the ISS. The quarantine period ensures not only that the astronauts aren’t sick themselves, which could be a problem if they were in space, but also that they don’t transport any viruses or bacteria to other members of the crew.

These days, astronauts spend two weeks in quarantine in their quarters before launching to the ISS, with minimal contact with others outside of close family members allowed. Astronauts also quarantine when returning from space missions, to ensure they don’t bring anything unexpected back to earth with them.

Apollo astronaut Buzz Aldrin told Ars Technica that he and his crewmates found ways to keep themselves entertained during post-mission quarantine: “Well, Mike Collins and I used to exercise and jog a little bit around the hallway,” he said. Though the facilities in the 1960s may not have been quite up to the strict standards of today: “We looked at this one crack in the floor, and there were ants crawling in and out,” he said.

A smaller crew on the ISS

Currently, there are only three astronauts aboard the ISS — Commander Oleg Skripochka of Roscosmos, and Jessica Meir and Andrew Morgan of NASA. Having so few crew members means extra work and extra stress for the astronauts, and while three is not an unusual number for a crew, the station supports up to six astronauts. Therefore, three more astronauts will join them as part of Expedition 62 next month — Anatoli Ivanishin and Ivan Vagner of Roscosmos plus Chris Cassidy of NASA. The original three crew members are expected to return to Earth later in April, so the crew will go back down to three once again.

Cassidy, the NASA astronaut who is scheduled to depart for the ISS next month, is already in quarantine ahead of his trip. He told AP that he sympathizes with what people are going through as they isolate themselves: “The things that are stressing the rest of the world and the rest of America, are the same things that are stressing me right now,” he said. “It’s not like any other time in our lives as a generation, really, right? I’ll have my own interesting story to tell in years to come.”

Traditionally, when astronauts have been in quarantine before heading to the ISS, they have had some freedom of movement. They have been allowed to visit nearby restaurants or attend celebratory events which were held in the vicinity of the launch. In Russia, there is a tradition of astronauts visiting the site where the ashes of Yuri Gagarin, the first man to visit outer space, are located and leaving a red carnation there. Members of the public often turn out to see the astronauts paying their respects.

This year, however, there will be no visiting restaurants, no carnations, and no ceremonies. “All the traditions are scrapped,” Frank De Winne, the head of the European Space Agency’s astronaut corps, told the Guardian. “The crew is locked up and cannot see anybody except those who are screened.”

The restrictions need to be tougher in order to keep the astronauts safe, De Winne explained: “The quarantine is much more strict now. As few people as possible will have access to the crew, which means that scientists who need to get baseline data from them have to go into quarantine as well before they can access the crew and do their final checks. It has a big impact on the operations.”

NASA and other space agencies say they intend to go ahead with the launch of the three new crew members to the ISS on April 9, unless events demand a change of plans. The intention is for a Soyuz rocket to launch from the Baikonur Cosmodrome in Kazakhstan, with a smaller team than usual manning the launch pad.

Members of the public and the media won’t be allowed to watch the launch in person, due to the need to maintain social distancing. It is expected for the launch to be livestreamed, so we’ll keep you up to date on details of if and where you can watch the launch happen.

The Ring Video Doorbell Pro is now down to $119.99 in refurbished condition at Woot for a limited time only.
Read more
News

Finding your apps on a Samsung Galaxy phone is as easy as A, B, C!

I'm a bit of a digital neat freak, and I like to keep my apps organized so that I know
Read more
News

The amount of data used for first time installs climbed a whopping 34% compared to a year ago, and 52%
Read more

The Ring Video Doorbell Pro is now down to $119.99 in refurbished condition at Woot for a limited time only.
Read more

Finding your apps on a Samsung Galaxy phone is as easy as A, B, C!

I'm a bit of a digital neat freak, and I like to keep my apps organized so that I know
Read more

The amount of data used for first time installs climbed a whopping 34% compared to a year ago, and 52%
Read more

The actual event date has apparently not been finalized yet.What you need to knowSamsung could launch the Galaxy Note 20
Read more