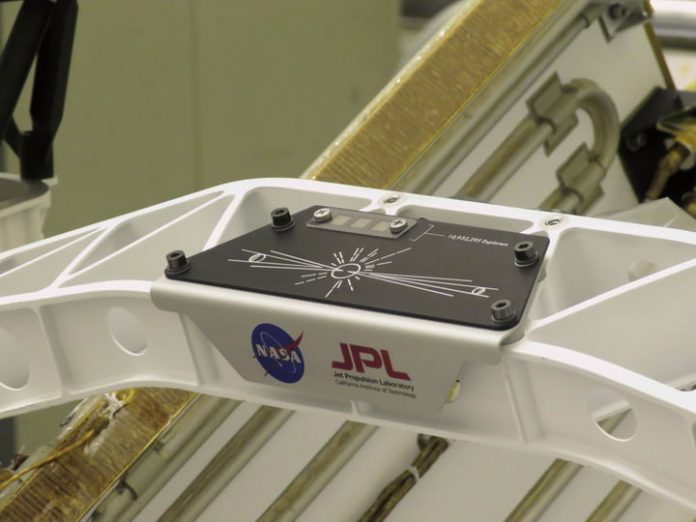 When it heads to the red planet later this year, NASA’s Perseverance rover won’t just be carrying scientific instruments — it will also carry the names of millions of space fans.

Last year, NASA launched its “Send Your Name to Mars” campaign in which members of the public were invited to submit their names to stenciled onto the rover. A tremendous 10.9 million people submitted their names, which have now been engraved onto silicon chips in a minuscule format using an electron beam. These chips, engraved with both names and winning essays from the “Name the Rover” contest, have now been attached to an aluminum plate on the rover which will launch on its journey to Mars later this year.

“The three chips share space on the anodized plate with a laser-etched graphic depicting Earth and Mars joined by the star that gives light to both,” NASA’s Jet Propulsion Lab explained in a blog post. “While commemorating the rover that connects the two worlds, the simple illustration also pays tribute to the elegant line art of the plaques aboard the Pioneer spacecraft and golden records carried by Voyagers 1 and 2. Affixed to the center of the rover’s aft crossbeam, the plate will be visible to cameras on Perseverance’s mast.”

A placard commemorating NASA’s “Send Your Name to Mars” campaign was installed on the Perseverance Mars rover on March 16, 2020, at Kennedy Space Center. Three silicon chips (upper left corner) were stenciled with 10,932,295 names and the essays from 155 finalists in NASA’s “Name the Rover” contest. NASA/JPL-Caltech

The Perseverance rover is almost ready for its mission, with installation of one of the final interior parts, the Adaptive Caching Assembly, recently completed. The plan is to launch the rover in July this year. Weighing just under 2,300 pounds (1,043 kilograms), it will be launched along with the Mars Helicopter aboard an Atlas V rocket.

Despite the global pandemic of coronavirus, officially called COVID-19, which has affected many areas of the space industry, NASA says that it is still on schedule to launch the Perseverance rover as planned. NASA has suspended some other programs, such as its Orion and Space Launch System projects, due to coronavirus outbreaks at or near several of its facilities, leading to employees being sent home to work remotely. However, other projects such as NASA and SpaceX’s launch of the Crew Dragon capsule are still intended to go ahead as planned.