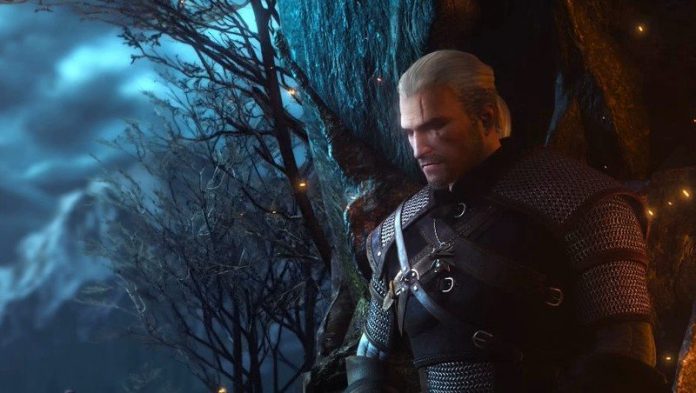 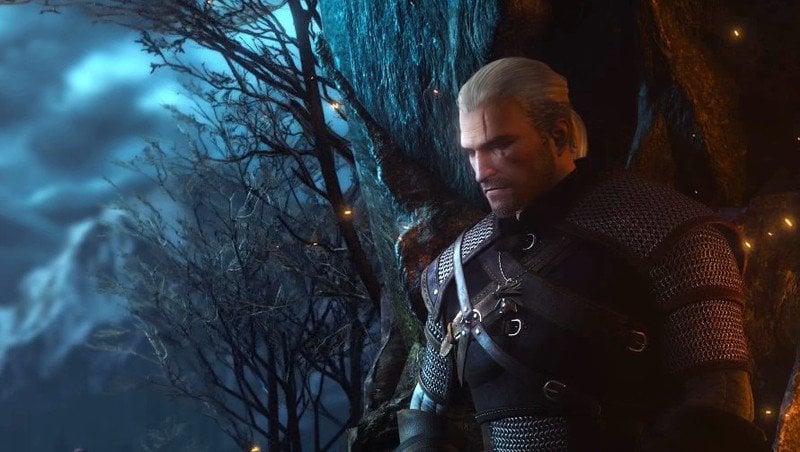 If you’ve just started The Witcher game series with 3, and skipped over one and two, it is easy to get confused about who you should romance and why. This is how it is for a majority of people starting out with The Witcher 3 but we are here to help. We don’t want to tell you who to romance but with a little more information about Yennefer, Triss, and the relationship between our leading ladies, we hope you can make the decision for yourself.

There are no wrong choices when it comes to Geralt and romance. 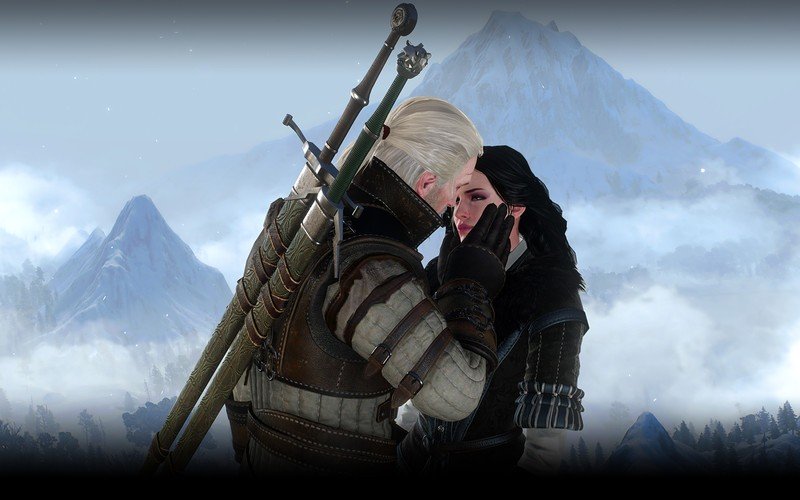 Geralt and Yennefer’s relationship goes back to the books written by Andrzej Sapkowski. During their travels, Geralt and his friend Dandelion came to a lake and while fishing, Dandelion accidentally found and released a jinn (more commonly known as a genie). It was during this process that Dandelion was badly injured and fell ill. This is how Geralt meets Yennefer. He searched for a sorceress to heal his friend and the sorceress he found was Yennefer.

Yennefer agreed to help Dandelion, but it was unknown to Geralt that the only reason Yen agreed was to exploit the power of the jinn for herself. During the spell to heal Dandelion and to harness the jinn, Yennefer came to realize the jinn hadn’t connected to Dandelion. In fact, it had been bound to Geralt all along. Despite learning this crucial bit of knowledge, Yen refused to give up her efforts in trying to capture the jinn for herself.

During the battle of wills, Geralt realized how much more powerful the jinn was than they had expected. It could easily kill Yennefer. Seeing that Yen would not withdraw, Geralt used his last wish to save her from the jinn. This wish somehow linked Geralt and Yennefer’s destinies together, ensuring she would survive the wrath of the jinn.

This begins the on-again off-again relationship between the two, with periods of profound passion mixed with times of apprehension and distrust. They often separated, with the occasional dalliance. Although it is clear Geralt loves Yennefer, Yen often questions if her feelings are truly her own or if their bond is only so strong due to Geralt’s final wish. This understandably leads them through rocky times. 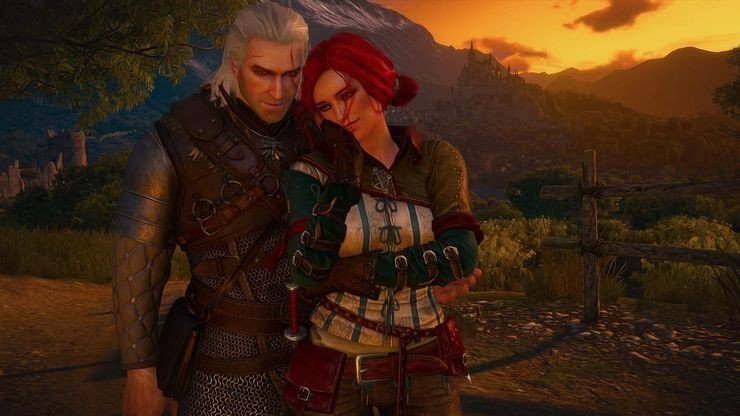 Triss and Geralt’s relationship doesn’t begin until after The Massacre of Rivia. The massacre was an uprising against non-humans, a tragic battle where many magically-inclined beings were killed, including both Geralt and Yennefer. Ciri had Geralt and Yennefer’s  bodies removed from the battlefield and later revived them. However, after the resurrection, Geralt suffered from severe amnesia. He couldn’t remember his past with Yennefer.

It was during this time of memory loss that Geralt met Triss and the two began a torrid love affair while at Kaer Morhen. Triss was taking care of young Ciri at the Kaer during this time. When Geralt returned (with no memory), she began to develop feelings for him. Triss decided not to tell Geralt about his past with Yennefer, instead seducing Geralt. For much of the first two games they maintained a steamy relationship with one another.

Yennefer soon finds out about Triss’ betrayal and returns to Kaer Morhen as to confront her friend about the lies of omission. While this situation justifiably hurts their friendship, it doesn’t sever the relationship entirely. In the end Yennefer forgives Triss, seeing this as a relatively minor error in judgement and not something to throw away a long-term friendship over. Perhaps this is in part because she puts a large part of the blame on Geralt, despite not having his memory. Yennefer finds it easier to blame Geralt instead of further complicating her relationship with Triss.

An important thing to remember is that Triss and Yennefer have known each other far longer than either of the two have know Geralt. Triss and Yennefer are both sorceresses from the Lodge of Sorceresses. As such, they are both members of the same group. A group who was overlooked at one point in time and has since been persecuted. They share a bond akin to sisterhood. Despite Geralt impeding upon that friendship, it was there before he was and it will remain beyond his time. 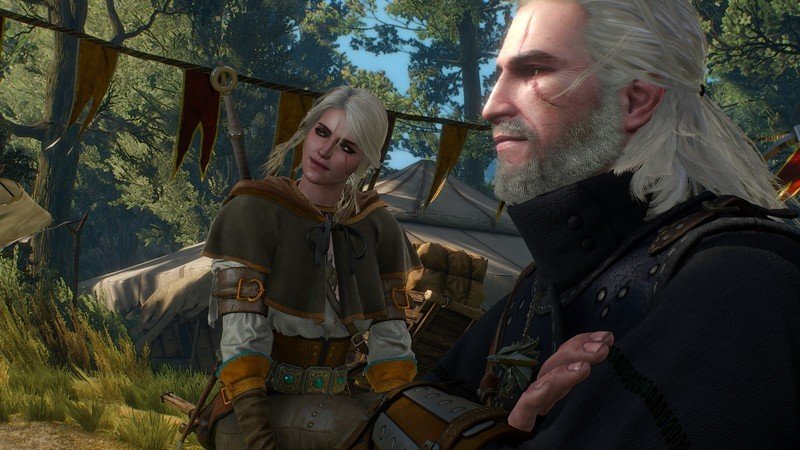 In The Witcher 3 after Geralt regains his memory, he and Triss split up. At this point it is up to you, as the player, to decide who to romance further.

If you want to romance either Triss or Yennefer, you now have a little more history to explain their actions in The Witcher 3 a bit more, and perhaps help you decide. Or, if you are like me and neither woman sounds particularly trustworthy at the moment, perhaps you’ll decide to go it alone. You can do this by avoiding romancing either woman… or by romancing both. Geralt can be quite the lady’s man when he wants to be. I picture him spending his newly acquired free time training with Ciri rather than romancing Triss or Yennefer. But to each their own.

There is a total of 36 different endings for The Witcher 3. It is a mix of story endings, character endings and various rulers to crown. Luckily the romance in this game is purely a personal choice. The decision is shown at the end of the game but it doesn’t impact other portions of the story. There is no reason to choose one woman over the other beyond who you like the most for Geralt. 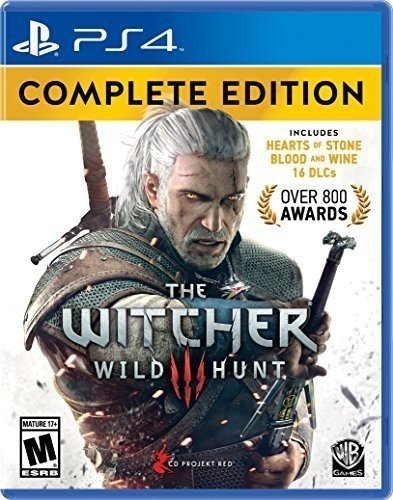 Start your Valentine’s Day off right

The choice between Yennefer and Triss has split a good portion of The Witcher fanbase. You can see what all the fuss is about for yourselves, or even just choose to go solo. It’s all up to you.

Should you buy the Garmin Venu Sq or Samsung Galaxy Watch Active 2?

Google made the Smart Displays like the Nest Hub better for gaming and playing, now it's investing in education.What you
Read more