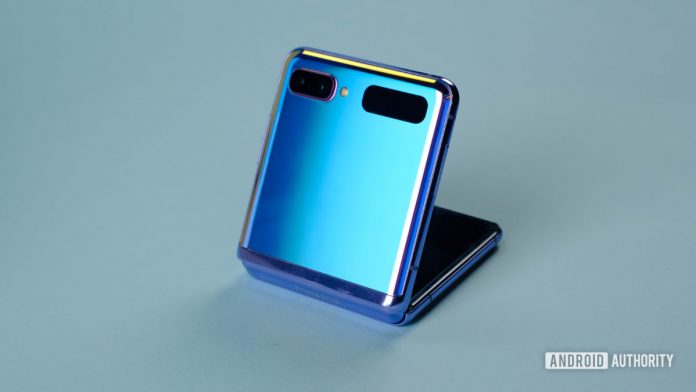 After months of rumors, Samsung has just formally announced the Galaxy Z Flip. This is a foldable much more akin to the style of the new Motorola Razr, flipping vertically to make a big device smaller, versus making it bigger, like that of the Samsung Galaxy Fold.

The Z Flip doesn’t have the absolute newest specs on the market, but it’s pretty dang close. Instead of using the brand new Qualcomm Snapdragon 865, it’s sporting the Snapdragon 855 Plus, a beefed-up version of last year’s flagship chip. 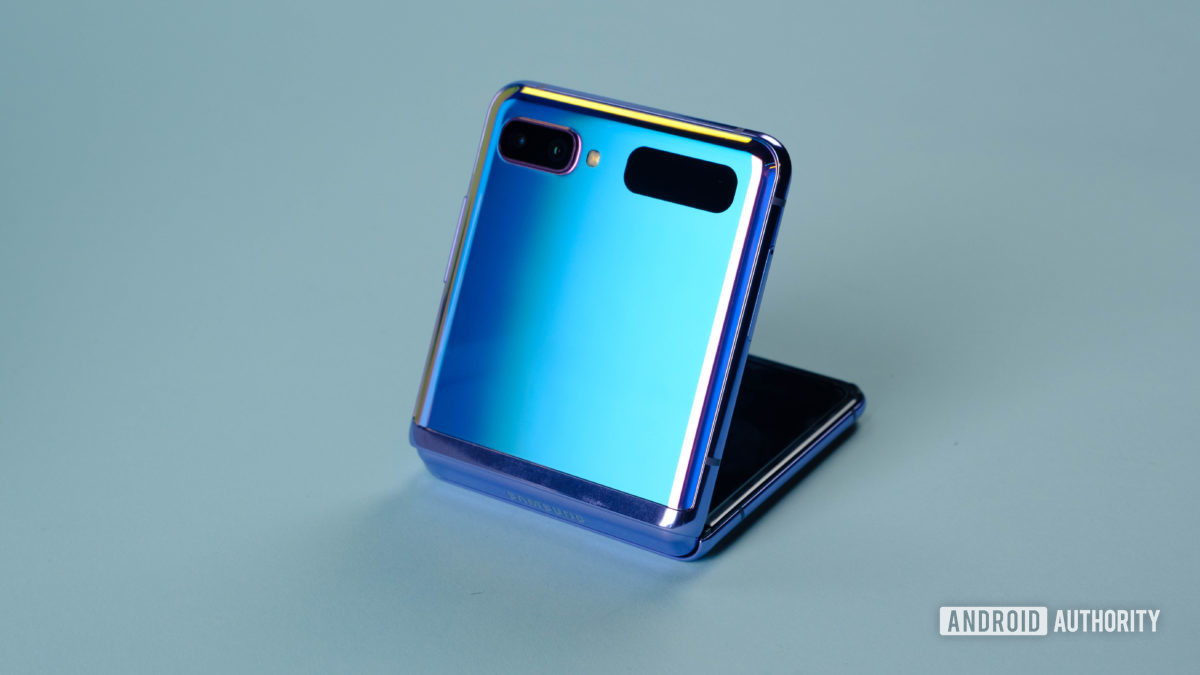 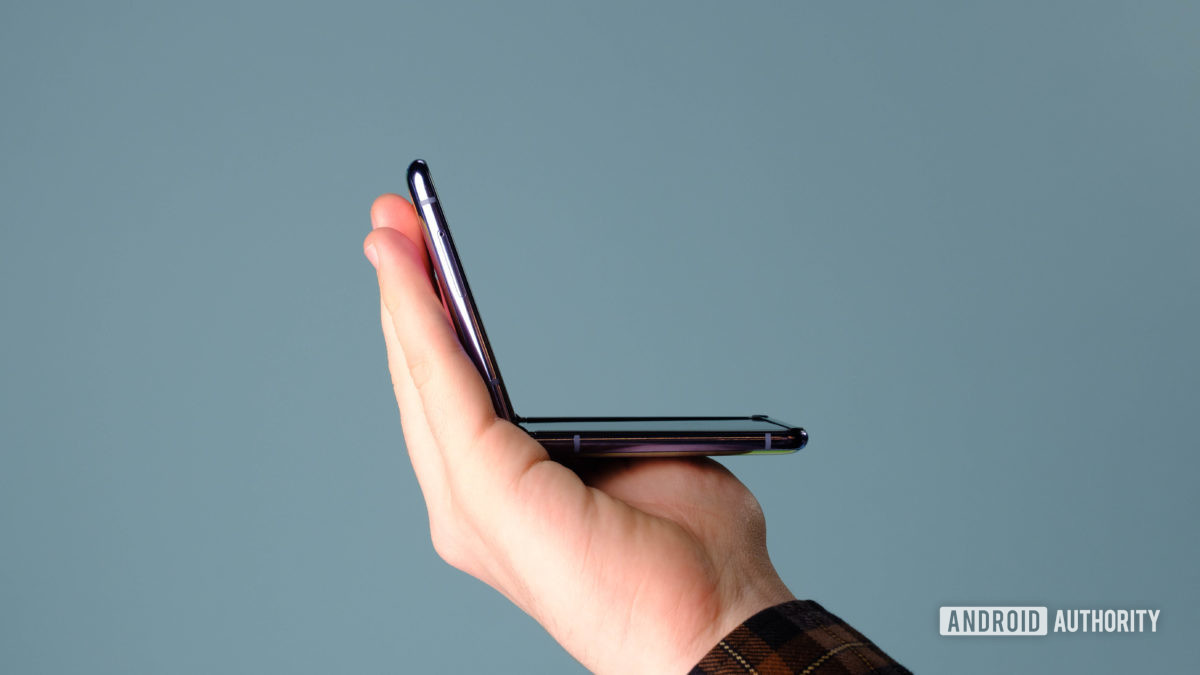 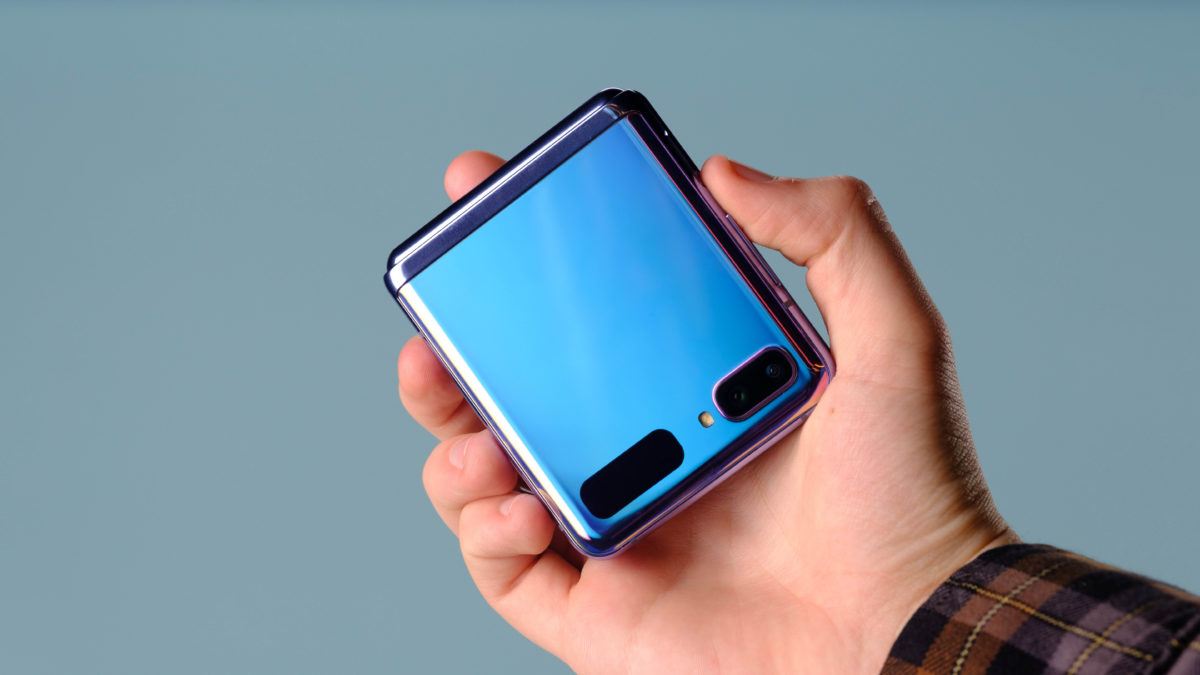 Otherwise, the core specs are respectable. You’ve got a 3,300mAh battery with 15W quick charging, 256GB of UFS 3.0 storage and 8GB of RAM. There are two cameras on the rear, one standard 12MP sensor and a wide 12MP sensor. You’ve also got a front-facing camera with 10MP of resolution.

Those specs are all interesting, but specs aren’t really the point of this device. The thing that makes the Z-Flip unique is the fact that it, well, flips. When closed, you have a very small 1.1-inch display that shows things like the time and notification icons. But once you open the device, you’re greeted with a much larger 6.7-inch display with an aspect ratio of 21.9:9. 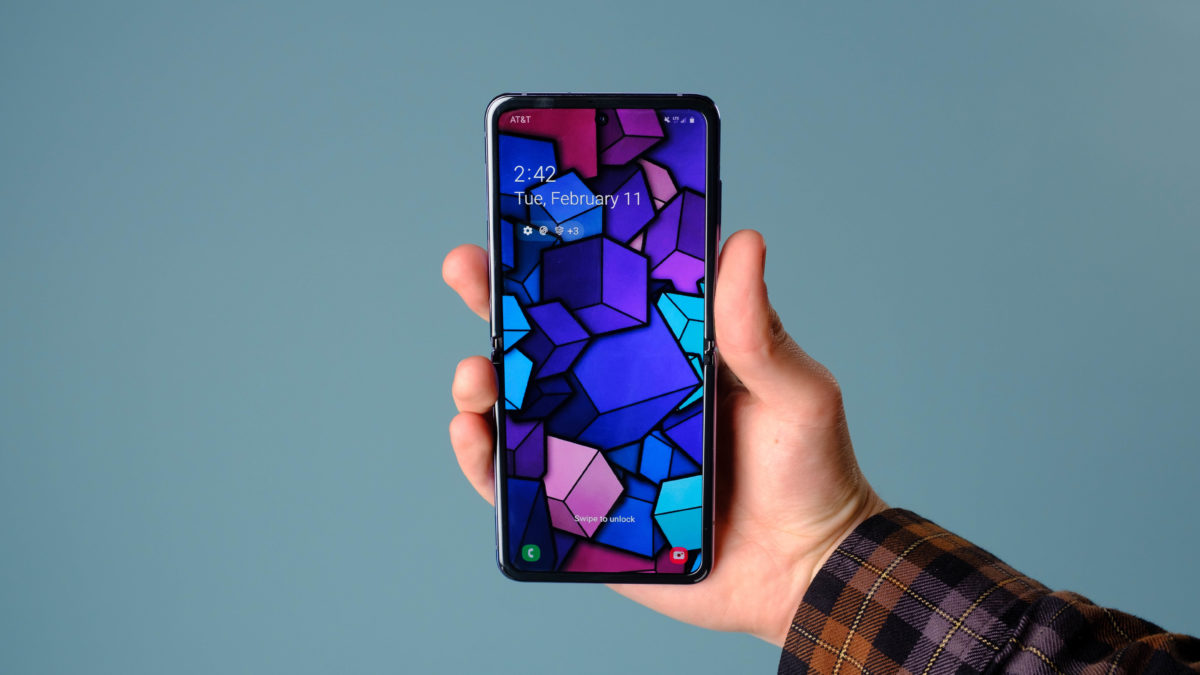 There is no doubt this is a very tall phone, which could be unwieldy for some users with smaller hands. But Samsung is taking advantage of that aspect ratio with some clever features. In apps like the camera or Google Messages, half of the app will be split onto the bottom of the display so you can focus on the top half while interacting underneath. I think the biggest use case for this is video chats and Instagram Live, where you normally have to figure out a way to prop your phone up.

This is a weird aspect ratio, but I’m excited to see if it’s useful.

This is a very limited use case, and it seems strange that Samsung would make a phone like this. Still, I’m excited to get my hands on a unit to see if it changes the way I use my mobile device. I personally like the fact that it encourages you to use your phone less. For someone probably too attached to their phone, any extra step required to use my phone is actually a good thing in my book. 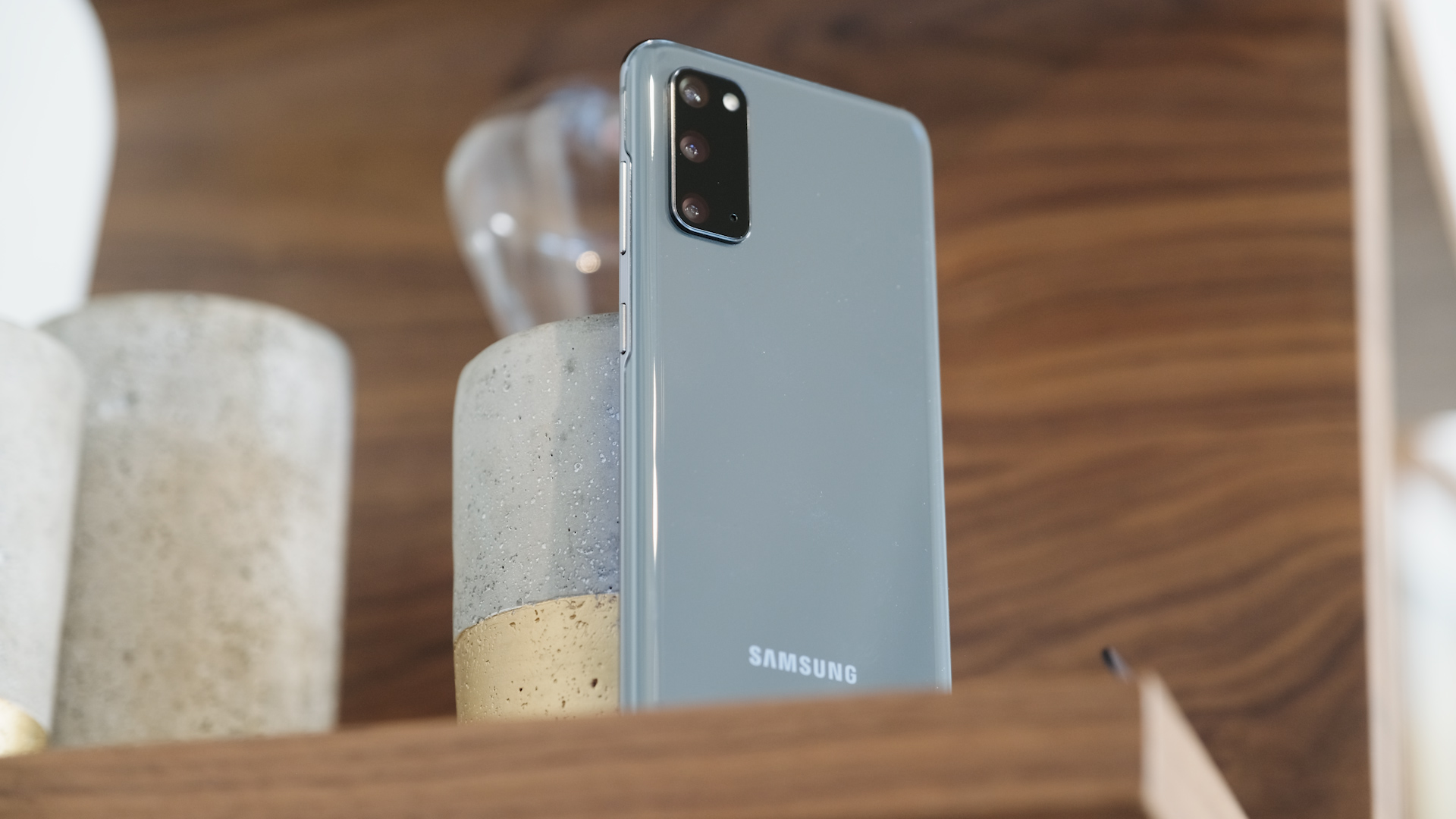 If you flip over the new Samsung Galaxy S20 smartphone and compare it to the Apple iPhone 11 Pro or Google Pixel 4, you’ll see the exact same thing on the back of all three: …

Samsung also designed the hinge with a new fiber shield to keep dust out. This is a good preventative measure considering how big of a deal the Galaxy Fold situation was. The hinge actually feels great and gives a nice tactile ‘tap’ when closing the phone. It’s satisfying. 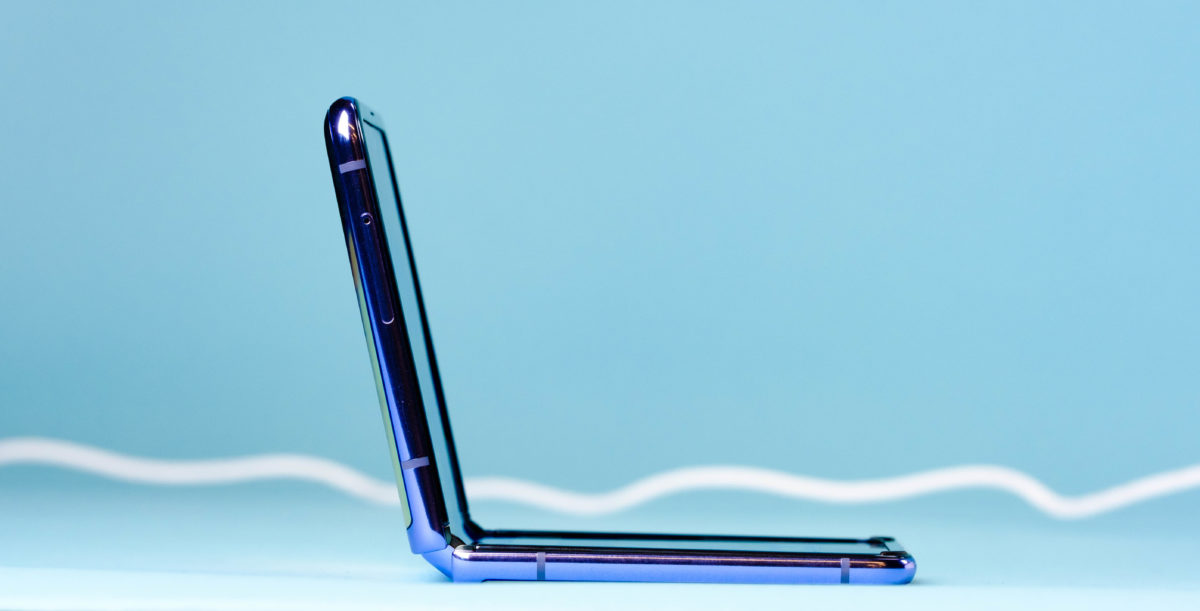 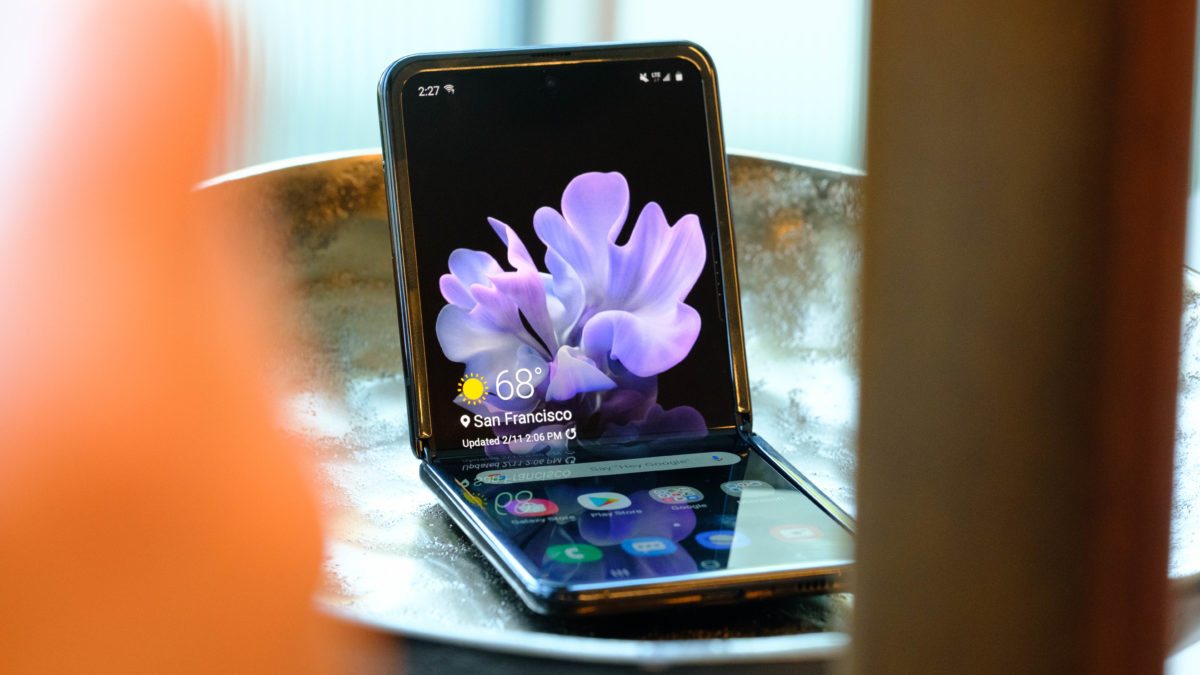 But probably the most important part of the Galaxy Z Flip is the fact that it uses a new technology called ultra-thin glass. This display tech is much stronger than the plastic OLED displays we’ve seen in phones like the Samsung Galaxy Fold and Moto Razr. It also feels much more like a traditional phone display versus pOLED, which is extremely important for perception of quality. When you’re spending over $1,000 on a phone, you’ll want it to feel expensive.

If you want to get a Galaxy Z Flip for yourself, you can buy one on February 14 for $1,380. It’s kind of nuts that this phone costs less than the Motorola Razr, because it has much better specs and feels much more premium.

The Galaxy Z Flip is the first-ever vertically folding smartphone to come from Samsung. It rocks some familiar Samsung design elements we’ve all come to love but in a new folding form factor. Touting 256GB of onboard storage, 8GB of RAM, a 3,300mAh battery, and 6.7-inch 2,636 x 1,080 folding glass display, it may not have top-tier specs, but it should offer a top-tier experience.

What do you think about the Galaxy Z Flip?

Where and when can you buy the Samsung Galaxy S20 phones? (Updated Feb. 12)

Samsung Galaxy S20, S20 Plus, or Ultra: Which are you buying? (Poll of the Week)

Why is the Samsung Galaxy S20 so expensive?