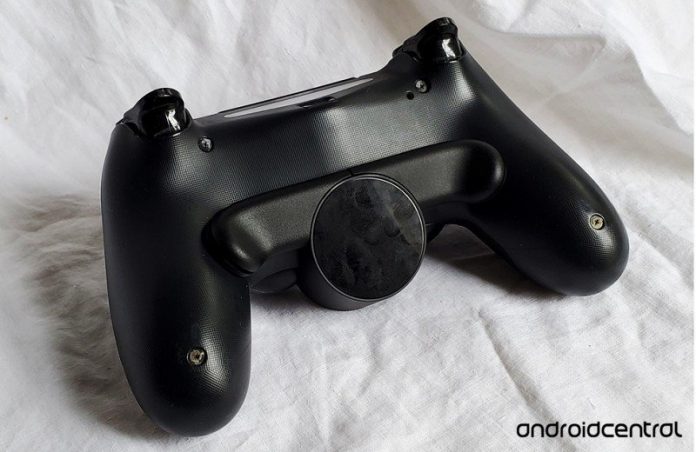 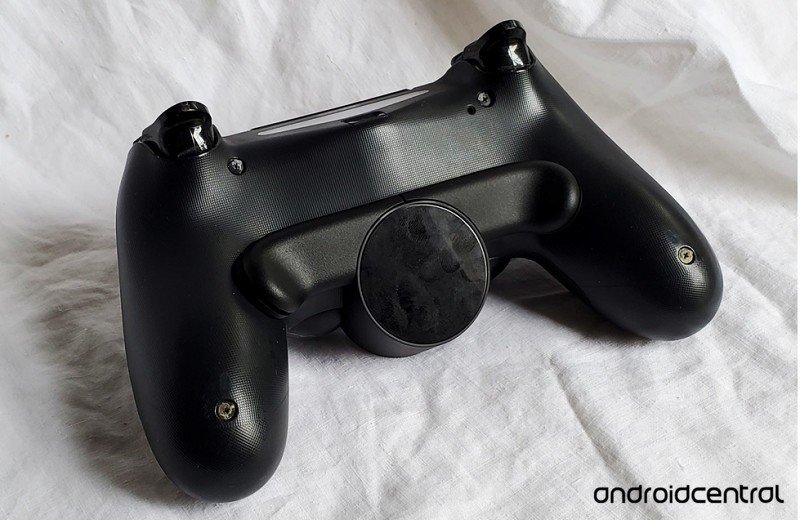 This new add-on lets players expand their controller buttons simply. While it’s no Elite controller, it’s well worth taking a look at.

Late last year, PlayStation announced the DualShock 4 Back Button Attachment, a small device to expand your controller and add two new programmable buttons. The buttons can be remapped through a simple interface on the OLED screen of the attachment. Due to how it attaches, this attachment it also includes a 3.5mm headset jack, so you can still use your wired headset.

Back buttons or paddles are increasibly popular on custom or special edition controllers, as they allow extra flexibility when playing. I’m an avid fan of the Xbox Elite Series 2 Controller, so I was curious if this attachment could bring a small bit of that experience over to the PlayStation ecosystem at a reasonable price.

After getting my hands on it and using it for some time, I’m quite happy with it. Actually setting it up and attaching it to your DualShock 4 isn’t ideal, but once it’s set up, it’s a nice addition and an easy way to make controls more comfortable. 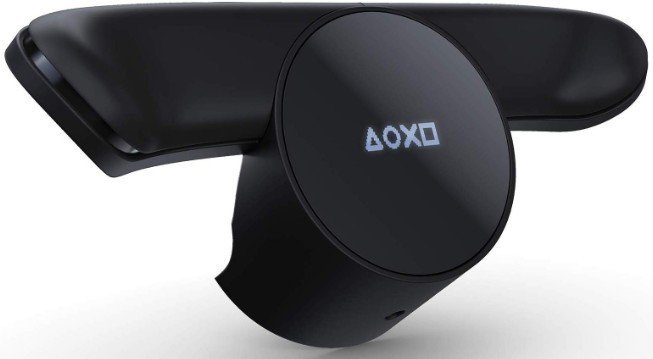 Bottom line: This attachment isn’t a replacement for a top-tier controller but a couple of extra buttons, added in a comfortable way at a low price, is worth springing for.

What you’ll like about the DualShock 4 Back Button Attachment 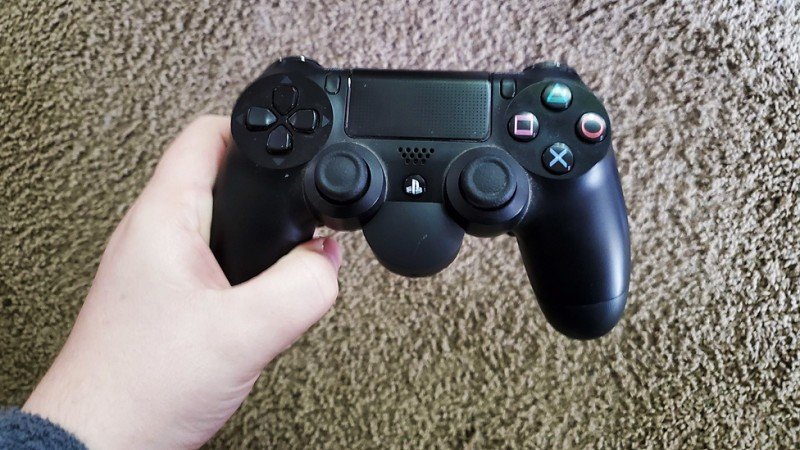 After I set up the attachment, I experimented with a few different games, such as Death Stranding and The Last of Us Remastered. Essentially, I found that per game, I’d just pick a function (or two) that I found myself repeating on a constant basis and just map those two. For Death Stranding, that ended up being left on the D-pad and the Square button for the left and right back buttons, respectively.

Remapping the buttons and operating the OLED interface is pretty easy.

Since you check your inventory and hold down square a lot in Death Stranding, it made sense to take the pressure off my thumbs and make those functions accessible with my middle or ring fingers. As a result, I could pull up terminals, grab cryptobiotes, and check my inventory without ever taking my thumbs off of the thumbsticks, which was nice. The buttons feel cool and comfortable to use and after repeated use, they still hold up.

Remapping the buttons and operating the OLED interface is pretty easy and it’s nice that you can keep three different profiles saved. As a result, swapping between three different games and still having some custom settings isn’t an issue. It’s also worth mentioning that, at least as best I can tell, there has been no meaningful impact on the battery life of my controller while using this attachment. If it’s being affected, it’s not to a great degree (though admittedly, my DualShock 4 battery isn’t great as-is and usually doesn’t last three hours on a full charge).

What you’ll dislike about the DualShock 4 Back Button Attachment 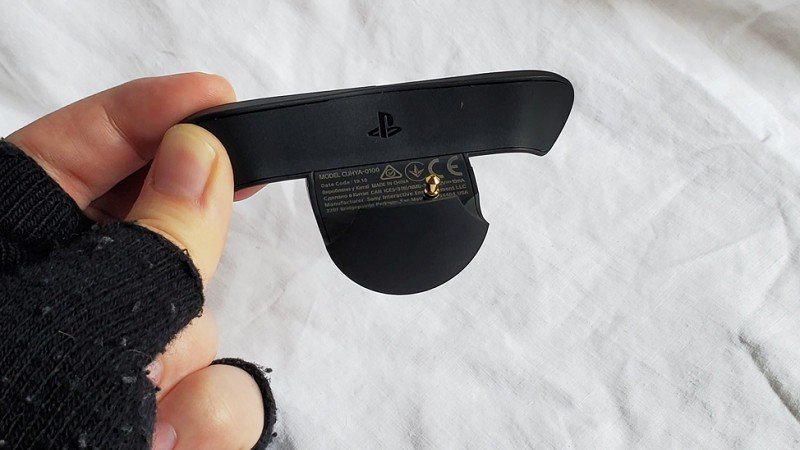 While it’s not too big of a deal considering the attachment’s low price, you are only getting two extra buttons. As such, you can’t extensively rework your playstyle like with the multiple paddles on the Scuf Vantage 2 or Xbox Elite Controller Series 2. This is, essentially, just a tool to let you have easier access to an action or two that you perform all the time in a particular game.

My biggest concern however, is in actually attaching it. As you can see in the image above, it’s held in by a lone 3.5mm plug, which isn’t a problem. What is a problem is that this plug is flimsily attached and folds out, ostensibly to make inserting the attachment easier. In reality, it just made me concerned that I was going to break it. My advice is to be very careful when installing this add-on and don’t take it out unless absolutely necessary.

Should you buy the DualShock 4 Back Button Attachment? 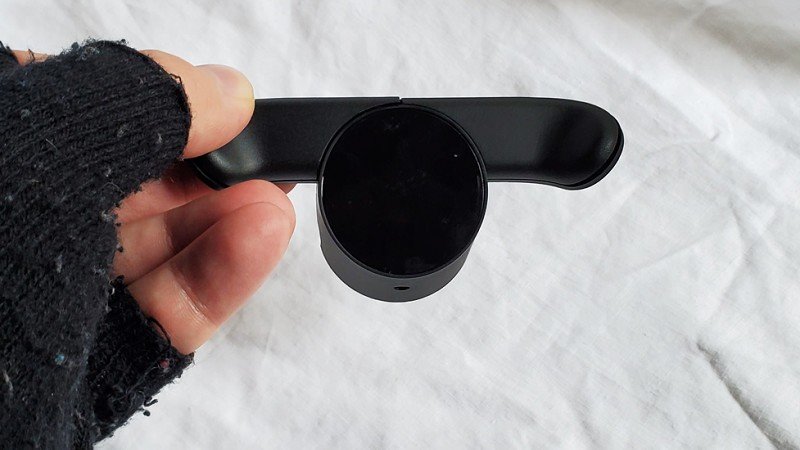 All in all, this is a fine attachment for anyone looking to improve their experience on PlayStation 4. As long as you take care to attach it properly, you’ll get great mileage out of setting different profiles and using it in single-player or multiplayer games, especially where you’d otherwise be putting a lot of pressure on a face button. I definitely recommend it for anyone who uses their PlayStation 4 frequently.

As a small closing note, it’s worth mentioning that the Back Button Attachment is currently only available in extremely small quantities and frequently goes out of stock. I would not recommend paying the asking price of scalpers, which can run around $50 to $70. If you can’t find it at the official retail price, just wait for it to go back in stock.

If you need a little bit more flexibility to perform actions in games, the DualShock 4 Back Button Attachment may be the perfect thing for you. You can save up to three profiles, each with two remapped buttons. It’s worth noting, however, that the attachment is proving to be low in stock at the moment.