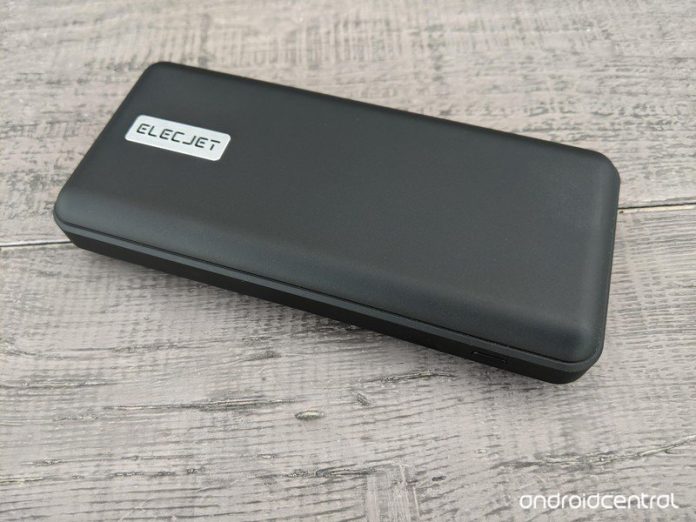 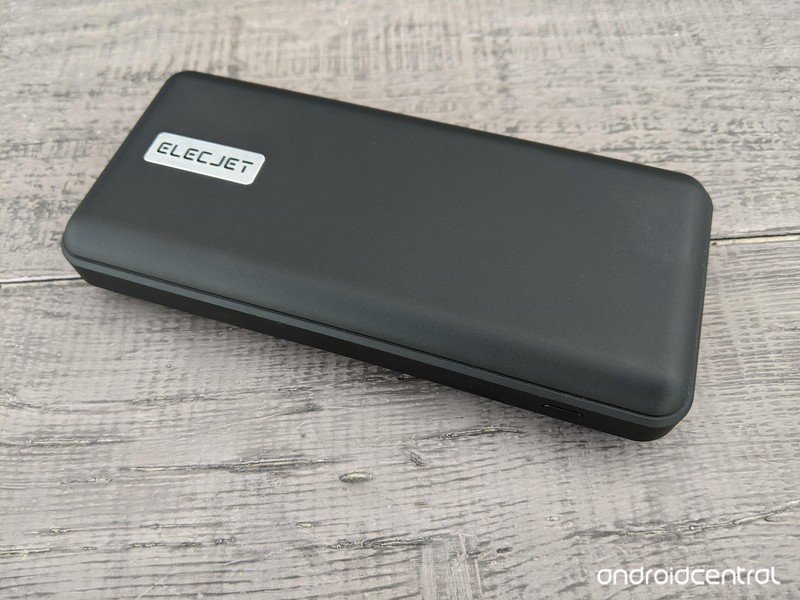 A powerful battery bank that can quickly charge most of your gadgets.

Whether you’re traveling or simply going about your daily routine, you’re bound to be carrying a few electronics with you. One of the worst things that can happen to you is having one of your main devices run out of juice when there’s no way to get to an outlet. That’s when it helps to have a portable battery bank.

I had the opportunity to test the Elecjet PowerPie 20,000 mAh Battery Bank for two weeks. It’s a compact battery that provides several charges before needing to be recharged itself. On top of that, since it features both a USB-A and a USB-C port, it works with several devices. 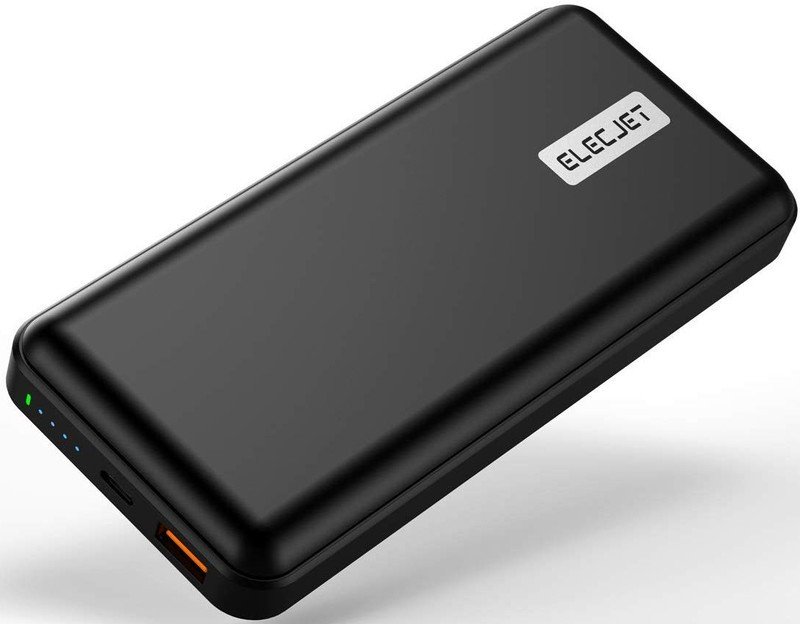 Bottom line: It’s a bit on the pricey end. However, this battery bank is very powerful and supports fast charging. It’s a great accessory for anyone who travels frequently or who carries multiple devices around on a day to day basis. 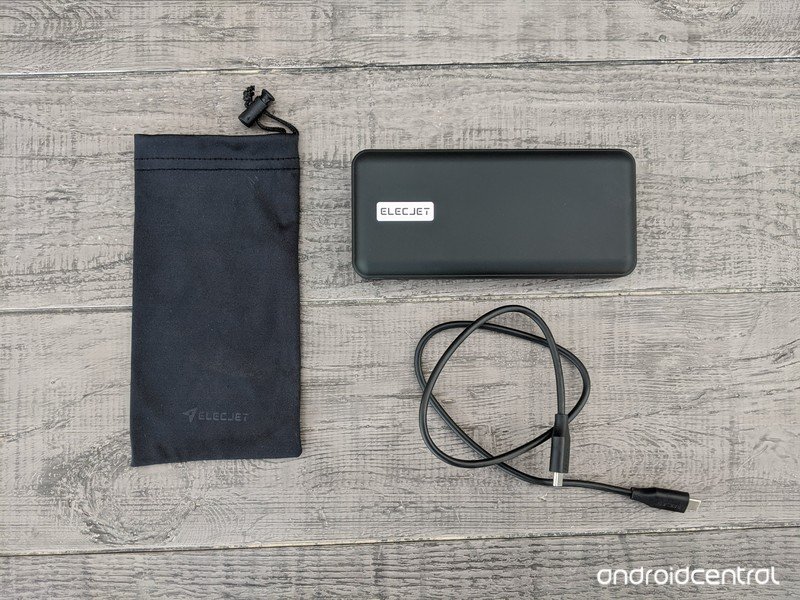 Power banks are pretty similar across the board. I mean, they’re typically rectangular, offer a battery life indicator, and feature a button to begin the charging process. However, there are a few more unique things about the Elecjet PowerPie that I love.

Since there’s both a USB-C port and a USB-A port, you can easily charge a large range of devices whether that be your tablet, phone, Nintendo Switch, laptop, etc. Additionally, having the two ports allows you to charge two devices at the same time. Having two quick charging ports isn’t totally unique to the PowerPie, but it gives you more options than power banks with only one port. For me, being able to charge my laptop and my phone at the same time made being out and about much more convenient. 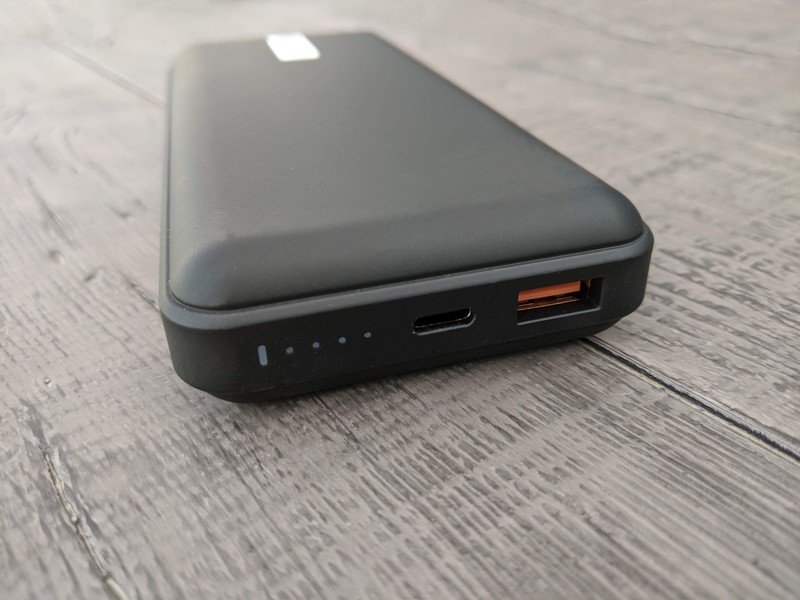 While this isn’t the largest battery, it’s nothing to sneeze at. I was able to recharge my Nintendo Switch (V2) a little less than three times, which effectively gave me about 15 extra hours of play time. It’s sure to give you plenty of extra battery life whether you’re charging your phone, tablet, Chromebook, laptop, Nintendo Switch, or any other devices.

With that long battery life comes the ability to quickly charge your gadgets. I was able to fully charge my Google Pixel 3a within 30 minutes using the PowerPie. You see, the USB-C port supports 45W PD fast charging allowing it to quickly charge your smartphone or other devices about three times the usual speed. Additionally, the USB-A port supports 18W Quick Charge, which isn’t as fast as the USB-C port, but is faster than average.

When it came time to recharge the battery, I was happy to find that the PowerPie reached a full charge within about two and a half hours. That way, I didn’t have to wait around forever for the battery to be usable again.

Easy to travel with Compact and lightweight

It’s almost exactly the same size as three Pixel 3a smartphones stacked on top of each other.

Though it’s a powerful battery bank, this particular device has a more compact shape than many of its similar competitors while weighing slightly less than average. Being 2.76 inches wide, 6.10 inches tall, and .96 inches deep It’s almost the same size as three Pixel 3a smartphones stacked on top of each other. Because of this, I found it easier to place in my bag or my pocket compared to some other portable chargers out there.

Additionally, this battery comes with a drawstring bag to hold the PowerPie and the included USB-C cable. That way it’s more convenient to tote around or protect while you’re on a trip or on the go. 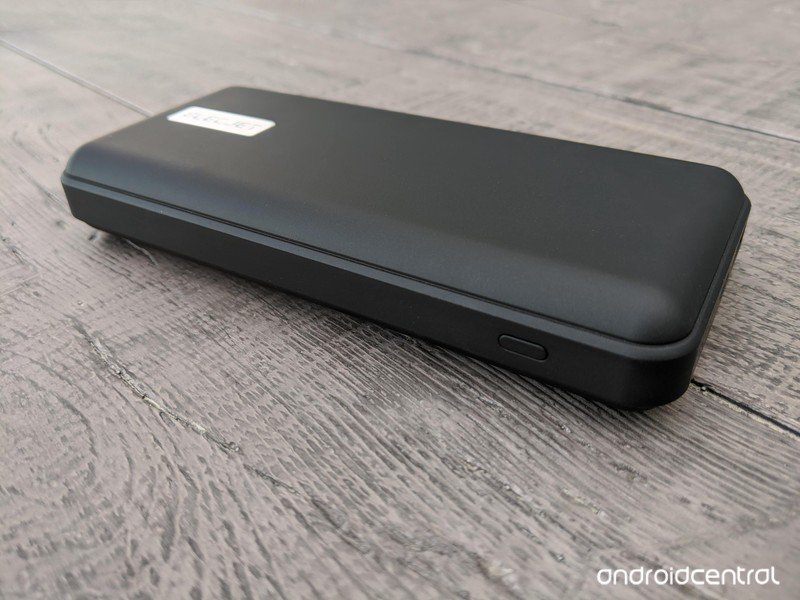 As with just about everything the Elecject PowerPie isn’t perfect, but it’s pretty darn close.

The price It’s a bit expensive

It’s pretty much understood that battery banks are costly. Afterall that’s a lot of technology packed into a small and convenient casing. However, the Elecjet PowerPie is a bit expensive compared to its competitors. For instance, the Anker 20,000 mAh PowerCore Essential Portable Charger sells for only $44 while also providing a PD USB-C port as well as a PowerIQ 2.0 port. If the PowerPie didn’t cost so much, I would like it a lot better.

It doesn’t come with a USB-A cable.

This other thing isn’t huge, but it could be a problem for some buyers. Even though the PowerPie has a USB-A Quick Charge port, it doesn’t include a USB-A cable. Now you probably already have a USB-A cable if you have a device that needs it. However, if you don’t have a USB-A cable that allows for these fast charge abilities, you won’t be able to charge your devices as quickly. Fortunately, you an easily rectify this by purchasing the proper cable. 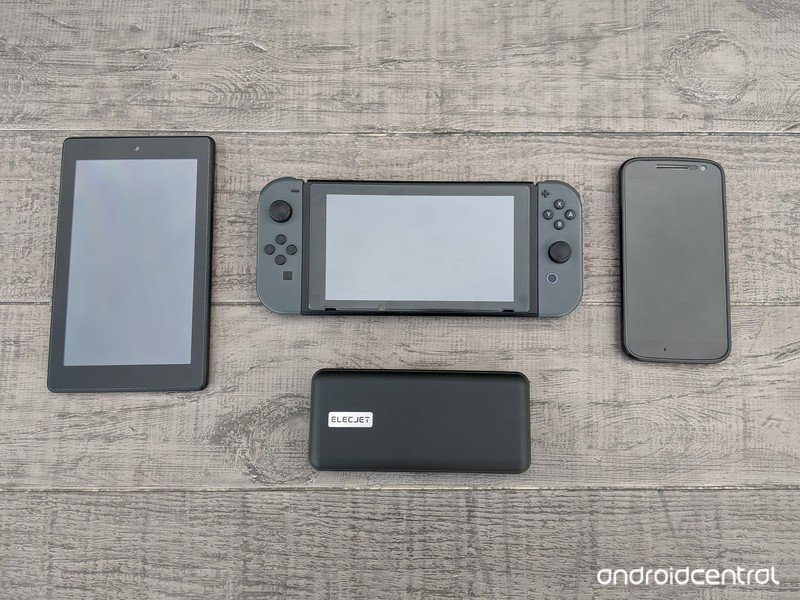 The Elecjet PowerPie is a bit expensive compared to some of its competitors. However, it’s a reliable battery that will provide hours of extra charge to a number of your devices. The fast charge abilities make it so you can charge your phones, tablets, and more faster than average. But really, the most important thing is that you won’t be disappointed with this purchase.

In addition to its power and performance, this battery is small, lightweight, and comes with a drawstring bag. You’ll easily be able to tote it around either in your bag, purse, or pocket. It’s a great accessory whether you use it on trips or use it during your daily routine.

This 20,000 mAh battery bank is not only small and lightweight, but it holds enough juice to charge several of your devices before needing a recharge. It has a USB-C 45W PD port as well as a USB-A 18W quick charge port.