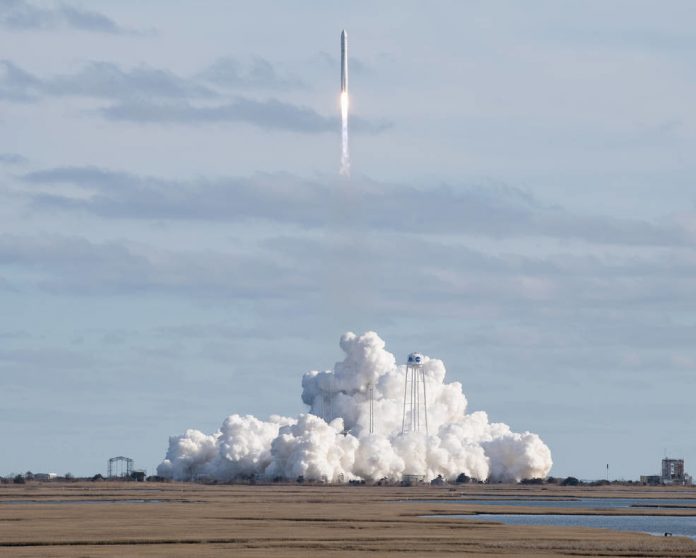 The mission is carrying 7,500 pounds of cargo, including scientific equipment and research materials. These include a Mobile SpaceLab for quickly cultivating cells and tissues, a miniature electron scanning microscope, a tool called OsteoOmics for investigating bone density, and a Phage Evolution unit for examining how viruses change when exposed to space radiation. There’s also a fire experiment to see how fire develops in space conditions, as well as checking fire detection and monitoring capabilities.

But it’s not only science equipment on board the Cygnus — there are also some treats for the astronauts in addition to the usual freeze-dried meals, as reported by phys.org. There are fresh fruits and vegetables, chocolate, plus cheddar and manchego cheeses for the astronauts to enjoy. And each astronaut can request favorite snacks as well. In this case, the three astronauts currently on board requested Skittles, Hot Tamales, and Mike and Ike’s.

Keeping astronauts well fed is an important issue for the success of space missions. Meals need to have enough calories and nutrients to keep them healthy, but food is also a big psychological motivator. Giving the astronauts small treats to look forward to goes a long way to improving morale in long-term space missions.

Why the mission was delayed

The resupply mission was originally scheduled to depart on February 9th but had to be delayed due to a sensor error. A wait of several days was required for good weather and to address the issue, but the mission launched successfully yesterday, February 15, at 12:21 p.m. PT.

How to watch the Cygnus craft arriving at the ISS

If you want to see the Cygnus craft docking with the ISS, the event will be shown live on NASA TV. Using the video below, you can watch coverage starting at 11:30 p.m. PT on Monday, February 17. The installation of the craft to the ISS is scheduled for 3 a.m. PT on Tuesday, February 18.