Home News Over 70 5G-enabled phones featuring a Qualcomm Snapdragon 865 are in the...
News 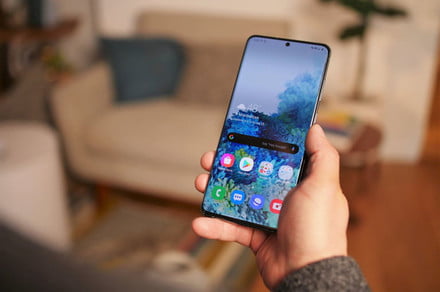 It appears that 2020 is shaping up to be the year that 5G finally makes it into the hands of consumers. Carriers are finally deploying 5G networks, and smartphone manufacturers are building 5G into their phones. Adding to that, Qualcomm has announced a list of devices set to include 5G thanks to the Snapdragon 865 mobile platform.

The list includes both phones that we already knew about and devices that have yet to be released.

Perhaps the most notable phones on the list are part of the Samsung Galaxy S20 series, which are currently available for pre-order. This is the first year that all of Samsung’s flagship phones come with 5G connectivity. In previous years, only certain specialized models have come with 5G.

As mentioned, some of the other devices on the list have yet to be released. Notably, there’s the Black Shark 3, which is the third generation of Xiaomi’s gaming phone. Details about the upcoming phone have yet to be revealed, and Xiaomi is expected to host a launch event for the phone on March 3.

Other devices include the Legion Gaming Phone, the Nubia Red Magic 5G, and more. Here’s a full list of 5G-enabled phones:

Of course, more 5G-enabled phones will be revealed as time goes on. Notably, the next Samsung Galaxy Note phone will most likely come with a Snapdragon 865 and have 5G compatibility. It’s expected that Apple will launch at least one 5G-enabled phone this year too — though while the phone may have a Qualcomm 5G modem, it won’t offer Qualcomm’s Snapdragon 865 processor.

According to Qualcomm, more than 45 device manufacturers have launched or announced 5G-compatible devices, and the company is expecting over a billion 5G connections by 2023. Qualcomm also recently announced the X60 5G modem, which is expected to be shipped alongside its next-generation mobile platform.