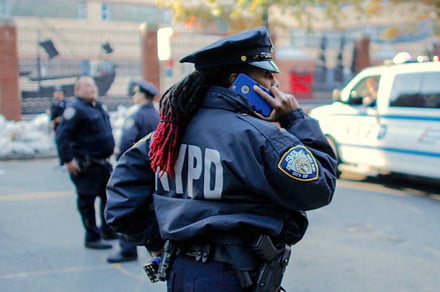 The humble handwritten memo book plays a vital role in the work of police officers that still use them, acting as a log of everything that happens during each shift. But in New York City, cops are jotting down their final notes ahead of a switch later this month to a digital solution.

The NYPD has been trialing an iPhone app for the purpose of incident reports since 2018, and it’s now ready to take the place of the memo book entirely, the NY Times reported.

On February 17, the iPhone will become the official way for NYPD cops to record notes and statements while on patrol, transforming the way the department handles information from its 35,000 or so uniformed officers.

Instead of jotting down notes, cops will now type the necessary information into the specially designed app, making it immediately available to staff across the department.

The updated system will enable investigators researching cases to search through information more quickly using keywords or dates, instead of spending time combing through memo books. Of course, for the time being, investigators will still have to deal with paper-based notes going back years until the digital logs become more commonplace.

The new iPhone app will also remove a bit of bulk from an officer’s kit, and reduce paper waste, too, ending the NYPD’s monthly print run of around 10,000 memo books.

Messy handwriting will soon be a thing of the past, too, though cops will have to be wary of typos, or how the autocorrect function (if it’s switched on) handles the typed text.

Interestingly, a number of officers who spoke to the NY Times are lamenting the loss of the memo books. Some have formed a nostalgic attachment to their penned notes, referring to them as a professional journal of their time as an officer. But next week the books will be gone for good.

Smartphones have been standard kit for NYPD officers since 2015 when it started using Lumia devices for database searches out in the field, saving them from having to wait for dispatchers to respond to information requests. The department switched to the iPhone in 2018.

The NYPD, like many police departments across the U.S. and beyond, is increasingly turning to cutting-edge tech to improve its work methods. A couple of years ago, for example, it joined more than 900 other state and local police, fire, and emergency units across the country with the deployment of a comprehensive drone kit comprising numerous quadcopters geared toward a range of tasks.

Some observers, however, have voiced concerns that advanced technology such as facial recognition systems could be at risk of eroding our privacy if the police fail to incorporate it into their work in a carefully planned and responsible manner.