Home News Ninja's comments show how games continue to be inaccesible, and it sucks
News

Ninja’s comments show how games continue to be inaccesible, and it sucks 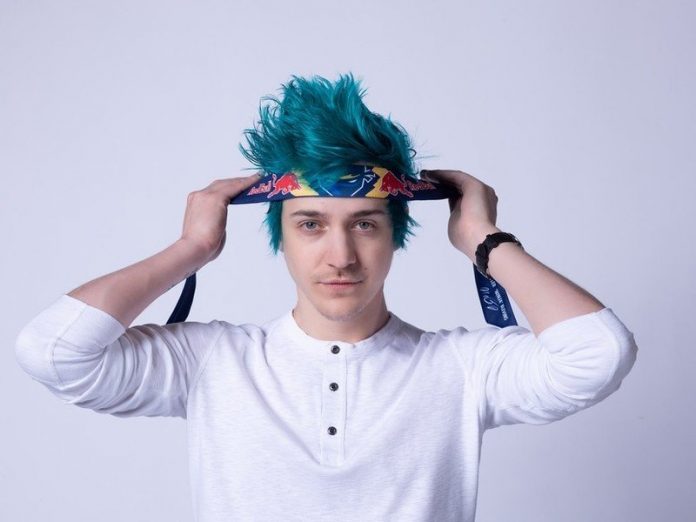 The streamer is just the latest in a long line of game industry figures that hate you for not “gitting gud.”

I used to play a lot of Apex Legends, especially when it first came out, but I had to stop for two reasons. For one, several strangers I was playing with either thought I was a child or hated that I was a woman. This is typical playing games online so that didn’t cause me to quit outright. The other is the competitiveness that it brought out in me and the ungodly amount of pressure I put on myself.

Apex Legends, like many online games, has daily and weekly challenges that force players to mix up their typical gameplay. Some are easy — play three games, revive a player — but some are much more difficult. The times where I had to win three games, for example, or get a certain amount of headshots filled me with dread. I had to improve at the game so drastically just to complete a challenge. If I was having a bad day and wasn’t getting kills, I wasn’t just having a rough go of it or some bad luck. It felt like I was doing something wrong. So I discarded the game; it wasn’t in my best interest to keep playing a game that made me feel awful for not living up to certain arbitrary standards.

What these games wanted you to know was that if you wanted to play on an easier difficulty, you were weak.

As a woman, my skills as a game player are often called into question, whether it’s how much I know or how well I play. I’ve lost count of the number of times men tried to quiz me on my knowledge or flat-out ignored me in conversations about games because my male partner was also there. There are even more instances of strangers in online games who decided to berate me when I wasn’t doing well.

It doesn’t help that a lot of games push this narrative forward of their own. It’s less frequent these days, but remember back when a Gearbox lead designer referred to a Mechromancer skill tree as “girlfriend mode?” Wolfenstein 3D’s easiest difficulty was called “Can I play, Daddy?” and, unfortunately, that image of B.J. Blazkowicz in a bonnet and pacifier still persists into the new games. Even to this day, games from the likes of From Software continue to create conversations around how much difficulty matters, which leads to mentalities around who gets to play those games.

What these titles wanted you to know was that if you wanted to play on an easier difficulty, you were weak. Stop being a baby and play on the harder difficulty! If you were a woman, it was even worse. You didn’t play games, which is why you needed this super easy skill tree.

I’ve come a long way from the person I once was, who was scared to note how I just wasn’t good at games or was having trouble. Nowadays I can laugh about it and feel alright moving down the difficulty or looking up the answer to a problem online. Sometimes I feel the need to challenge myself and other times I just want to experience the story without worrying about combat (looking at you, Witcher 3).

In case you’ve been living under a blissful rock, Tyler “Ninja” Blevins is an extremely famous and successful Twitch, now Mixer, Fortnite streamer. He’s a millionaire and has millions of fans and followers that watch him build and shoot for hours on end. He doesn’t need to hear what I have to say and probably doesn’t care.

However, when he comes on the internet with statements like this, it sets a horrible precedent.

The phrase “it’s just a game” is such a weak mindset. You are ok with what happened, losing, imperfection of a craft. When you stop getting angry after losing, you’ve lost twice. There’s always something to learn, and always room for improvement, never settle.

He tweeted Tuesday night, “The phrase ‘it’s just a game’ is such a weak mindset. You are ok with what happened, losing, imperfection of a craft. When you stop getting angry after losing, you’ve lost twice. There’s always something to learn, and always room for improvement, never settle.”

I might be in the minority here considering the endless snark that’s populated my Twitter feed since he tweeted this, but there’s a lot in this statement that makes sense. Ninja’s comments are in line with his goals as not only an influencer but also as a competitive Fortnite player. Like any athlete, he wants to get better at his chosen craft. If he plays to improve, then he’s doing a service to not only his audience but to himself. Some people play competitive games to get better.

It’s the first part that’s the problem. Also, the rest of it, which you can see in this video, where he doubles down on his comments and calls those “weak” people “stupid” to boot.

People who don’t want to play games competitively aren’t “weak.” Those who want to play a game for fun aren’t “weak.” To talk so concretely about games as a whole when so many games aren’t competitive and people don’t want to play that way is disheartening at best, but dangerous at worst. Ninja is such a huge name and his words have power, so to demean a huge chunk of the gaming audience is not only a bad look, but it pushes forward some horrible inaccuracies.

Ninja, game designers who preach difficulty as a sign of quality and then make you feel horrible for playing on easy, players who test your knowledge and skill as a sign of your legitimacy, all contribute to a toxic culture around games. The “git gud” mentality and the hardcore vs. casual infighting are on full display here. This needs to stop.

I wish we didn’t have to talk about Ninja like this. He’s in his 20s — he’s going to say some stupid stuff. His words are not the be all end all of how we perceive and play games. He’s also somebody that never falls into my orbit until he does something dumb, which says a lot about how much influence he has over people who don’t follow him or cover game streaming professionally (or if you’re in charge of TIME Magazine’s top 100 most influential people list).

However, I know I’m not the only person who felt that games were inaccessible to me because of any of the reasons I’ve listed. Our work Slack is filled with people who were either befuddled or hurt by Ninja’s comments. People came out on Twitter to talk about how they play games for fun as a counterbalance to Ninja’s toxic viewpoint (and those are more important than anything Ninja complains about).

Losing a game doesn’t make me angry. I’m grateful I’m able to play at allI rarely win Fortnite but while I’m losing the game, I’m also losing loneliness by gaining time with my friendsFor me It’s not about winning, it’s about the privilege to playPerspective is everything✌️

Also, a friend told me once that he had to report somebody in Apex Legends because this other player said that if he didn’t win, he’d go and perform a mass shooting.

So maybe there’s more to Ninja’s comments than we think.

The Illithid are back and they are ready to conquer all of the Forgotten Realms.When you think of truly iconic
Read more
News

The Illithid are back and they are ready to conquer all of the Forgotten Realms.When you think of truly iconic
Read more

Need a docking station to manage laptop connections? These are the best docks available for your computer!
Read more