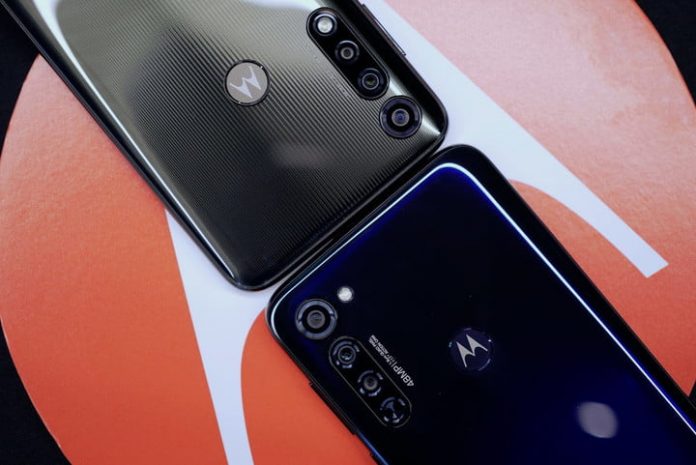 It’s not unusual for Motorola to release a lot of phones, and it can be difficult to work out what the differences between them are. The current G range is a perfect example because Motorola released the Moto G8 Plus and Moto G8 Play a while back, but neither is coming to the states. Instead, the U.S. gets the Moto G Power and the Moto G Stylus. There’s no sign of the plain old Moto G8 yet, and the 8 has been dropped for the new Power and Stylus varieties. The Power is no surprise — last year’s Moto G7 Power was a solid budget phone that deserves a sequel — but the Stylus is unexpected. Let’s take a look at how the two phones compare and find out what sets them apart.

Both the Moto G Stylus and the Moto G Power have 6.4-inch LCD screens with the same resolution and a hole-punch camera at the top left. Look at them from the front and you’ll struggle to pick which is which. The Moto G Power is a little taller, fatter, and heavier, largely thanks to the extra big battery that accounts for its name. The displays are sharp, bright, and colorful and both phones have dual speakers, which is good news for video fans. Flip around back and you’ll find the classic Motorola logo, which doubles as a fingerprint sensor, and triple-lens camera suites at the top left. Both are plastic with a polycarbonate frame. That’s where the similarities end because the Moto G Stylus is finished in deep, glossy indigo, while the Moto G Power has a kind of textured smoke black finish. The Stylus also, of course, has a stylus that pops out of the bottom right. The stylus is about half the length of the phone, has a metal mesh tip, and acts much like a finger.

There’s little to separate these phones in the durability stakes; both are splash resistant and will likely survive a drop or two.

You’ll find a Qualcomm Snapdragon 665 processor and 4GB of RAM in each of these phones and it’s a combo that provides enough grunt for smooth performance. You’ll be able to run whatever apps and games you fancy with this hardware, though not at the highest graphical settings. While both phones have room for a MicroSD card, the G Stylus has 128GB of internal storage, while the G Power makes do with 64GB.

Naturally, the G Power has the bigger battery, by a full 1,000mAh. It depends on how you use your phone, but the G Power should manage two days between charges, whereas the G Stylus will likely need to be plugged in before then. Motorola calls it rapid charging, but both phones charge at 10W, which isn’t particularly rapid. There’s no support for wireless charging here.

While both these phones have triple-lens main cameras and 16-megapixel selfie cameras, there are some interesting differences here. The Moto G Stylus has a 48-megapixel main lens with a large f/1.7 aperture and fairly large image sensor, which means it should be able to capture more light and perform a bit better in low light situations. To back that main lens up, there’s a 2-megapixel macro lens for close-up photography. Rounding things out is a 16-megapixel ultrawide angle lens, but it’s only for video and Motorola has dubbed it Action Cam. The Action Cam allows you to film in portrait and flips the video to landscape automatically.

The Moto G Power has a 16-megapixel main lens, an 8-megapixel ultrawide angle lens, and the same 2-megapixel lens for macro photography. Motorola’s camera app also offers a portrait mode that blurs backgrounds, slow motion video, hyper-lapse, and fun things like spot color, which allows your subject to appear in color with the background in black and white. The G Stylus also has laser autofocus, which the G Power lacks. Both cameras are likely to be good for the money, but we expect the G Stylus to outshine the G Power in most situations.

These are Android 10 phones and Motorola has a fairly light touch when it comes to extras. There are some additional options in the camera app and you’ll find a batch of Moto apps alongside familiar Google apps. Motorola doesn’t have the best record when it comes to updates and there’s no telling how long these phones will continue to receive them, but that’s likely to be a similar story whichever one you go for.

One obvious point of differentiation here is the stylus. There’s a special notepad app on the Moto G Stylus which is triggered by the removal of the stylus, so you can quickly jot down notes. It allows you to be a little more precise than you can be with a finger and it gives you the option of jotting notes, but it doesn’t have any Bluetooth connection or remote control tricks like Samsung’s S Pen for the Note line. Beyond that, there’s the Action Cam in the G Stylus and the extra stamina in the G Power.

Motorola says these phones will be released in the U.S. this Spring. The Moto G Power will cost $250 and the Moto G Stylus will cost $300.

The extra $50 that the Moto G Stylus commands gets you more storage, a better camera, and a stylus, which is enough to give it a narrow win here. But with superior battery life and very similar stats where it really counts, the Moto G Power may be the better buy. If you have no interest in the Stylus or the Action Cam, the Moto G Power is the phone you should go for.