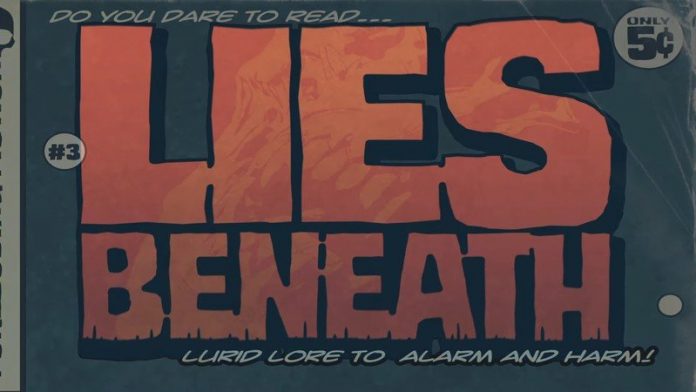 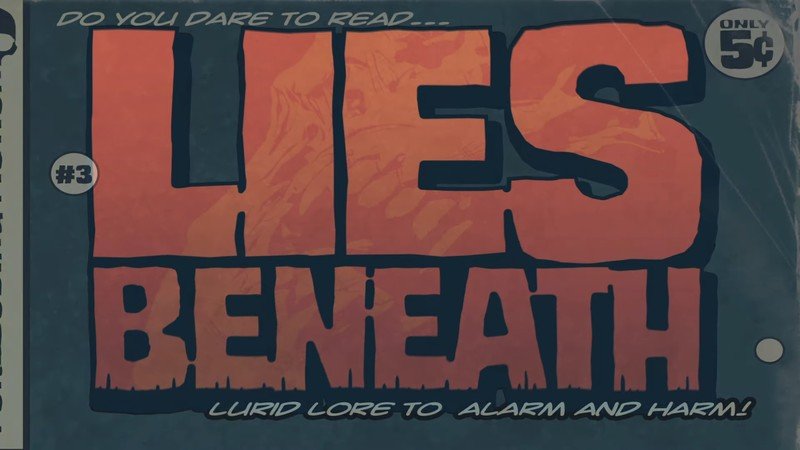 From the developers of Robo Recall: Unplugged comes a brand new horror game slated exclusively for Oculus Quest and Oculus Rift headsets. Lies Beneath features an art style inspired by Japanese horror comics, with onomatopoeia flying every which way as you shoot, stab, flip, and click through a terrifying hidden world. The Quest version will debut on March 31 for Quest and April 14 for both Oculus Rift and Rift S.

While the fictional tourism page from the developer makes the town of Slumber, Alaska look like a welcoming and inviting mid-20th century town, the truth is anything but that. The game eschews realistic visuals for a more threatening Junji Ito-style of Japanese horror comic weirdness, where the acceptance of reality is thrown entirely out the window for truly terrifying concepts. If you haven’t read the absolutely terrifying The Enigma of Amigara Fault or one of Junji Ito’s other classics, you owe it to yourself to do so before experiencing Lies Beneath.

Oculus Quest: Everything you need to know!

Drifter Entertainment says the gameplay from Silent Hill and Resident Evil games were huge influences in how the development of Lies Beneath progressed, and Drifter is looking to put a significantly larger focus on narrative than it has with its past titles, Gunheart and Robo Recall: Unplugged. Development has taken place over the past two years and includes both Rift and Quest platforms and was actually developed as a “Quest-first” title, meaning the Quest experience will feel just as whole as the Rift one, despite the extra rendering power a PC brings to the table. It also continues to strengthen the first-party Oculus Studios portfolio.

While there are many interesting tidbits about the development process of the game in the Oculus blog post about the game, one of the most interesting facts is that the characters were all designed using Oculus’ own Medium sculpting tool. That means the developers were able to create these characters entirely in VR which, the developers say, was a way to better create characters that absolutely mess up your psyche. Drifter has also heavily leaned on audio design with enemies that are more vocal than many other horror games, adding yet another unique aspect to the game’s already scintillating style. Check out the trailer below.

Facebook
Twitter
Pinterest
WhatsApp
Previous articleAmazon, Activision Blizzard are latest companies to pull out of GDC 2020
Next articleHow to buy a digital copy of a PlayStation 4 game for your friend