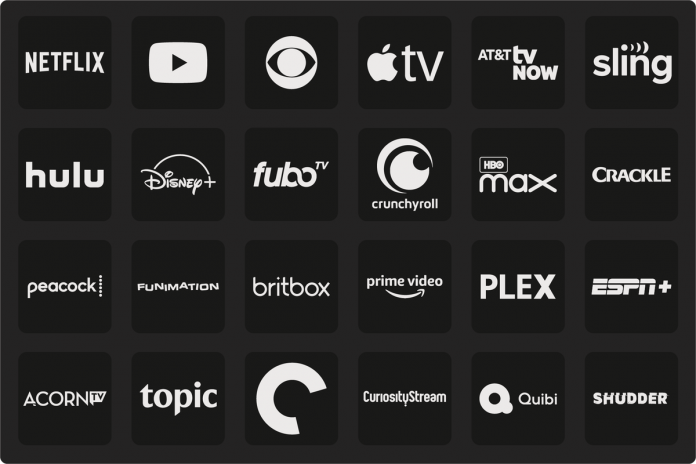 Alexis Kirke is something of a visionary when it comes to the future of TV. Once a “quant” on Wall Street, he took his Ph.D. in computer science and decided that he was going to be an artist. In 2013, he created Many Worlds, a film that changed the direction of its narrative based upon the biometric response of audience members, measured using special sensors capable of monitoring their brain waves, heart rate, perspiration levels and muscle tension. The average of these responses was then used to trigger different scenes.

It was, in essence, a low-budget, more high-tech Bandersnatch, years before Bandersnatch saw the dim light of a glowing Netflix screen. That was just the start.

In the years since, he’s created an adaptive personalized radio project at the University of Plymouth collaborating with the UK’s BBC amongst others; organized algorithmic film festivals; run experiments on quantum computers; and advised Hollywood studios on the future of interactivity. He is currently doing an additional postgrad study at Metfilm in Ealing Studios, the UK’s oldest and most prestigious film studio.

Kirke shared his thoughts on what the next 10 years is going to hold for television and the way we experience on-screen screen entertainment.

The consolidation of streaming services

Streaming services aren’t going away. But not all of them will go the distance. And while viewers will continue to reap the benefits of picking and choosing what they want to see when they want to see it, the landscape may wind up looking strangely familiar — taking us back to a time of bundled shows more reminiscent of the heyday of cable.

“I think that Netflix’s dominance will die,” Kirke predicted. “It was a blip caused by them being first to market. The big players are entering the market in the form of traditional studios. But they will also fracture it. People will not want to subscribe to 10 different streamers, so streaming may consolidate back into the old TV channel system, where you pay a higher amount and get [a package of services.]”

Personalization, but not as we know it

Kirke’s Many Worlds helped lay the foundations for how interactivity could change the movies we watch. In an age of smart TVs, biometrics-tracking wearables and more, this data could be used by broadcasters to offer an alternative to current fixed narrative movies. Imagine, for example, a horror movie getting louder and more intense because it determines your heart rate isn’t elevated enough.

But while this might be promising, Kirke said there is still a “conceptual breakthrough” that has to happen before this is truly possible. Branching stories are a fun gimmick, but the real challenge is auto-generation of stories that will cover every eventuality. Right now, the technology’s not there yet. And we may not want it anyway.

Entertainment that can change its direction depending on the slightest decision of many people already exists — and it’s called video gaming.

“Choice can be debilitating when we log into Netflix,” he said. “And the knowledge subconsciously that we can change film to 30 others we want to watch, while watching the one we’re currently watching, can be distracting.”

Entertainment that can change its direction depending on the slightest decision of many people already exists — and it’s called video gaming. Games and TV-style entertainment may bleed over slightly, but don’t expect them to merge entirely. At least not any time soon.

As Digital Trends has covered before, the personalization most of us might see first is not narrative-based, but rather the advent of things like real-time personalized product placement edited into our content of choice.

The future of broadcast TV

The idea of broadcast television sticking to a fixed schedule is over. As iGen (the generation who grew up with smartphones and constant connectivity) grows older, it will appear like more of an anachronism than ever. Subscription services will highlight the challenges faced by traditional broadcasting.

They’ll still have their niche, though — mainly the province of live sport and ultra-popular watercooler reality shows that large numbers of people need to watch at the same time.

Last year, YouTube was the most used app and website for children between the ages of 8 and 11. U.S. pre-teens say they would pick YouTube over broadcast TV if they had to choose between the two. In a decade’s time, this group will be between 18 and 21. Some may graduate to more traditional streaming services such as Netflix for more episodic content. But they’ll have grown up with the expectation that media is intrinsically social. The same age range are spending more time playing or social games like Fortnite, or watching them on Twitch.

Mainstream broadcasters and streamers will need to emulate YouTube and Twitch in order to to compete.

Mainstream broadcasters and streamers will need to emulate YouTube and Twitch in order to to compete. “Imagine a social Netflix with an open upload policy, which has a sort-of bargain basement where anybody can get their content on Netflix,” Kirke said. “A Netflix with social streaming channels. And eventually a Netflix with built-in social games you can choose to either login and watch others playing, or login and play yourself.”

The 2020s will likely see new form factors emerge, but these will not necessarily lead to a one-size-fits-all medium for watching content. Kids are happy enough to consume media on their phones, but not all the time. Theaters will continue to provide a “social environment and shared experience, and better sound system and ambience,” Kirke said. “It is also a way of voluntary trapping ourselves in an environment and removing choice.”

As studios tried in the mid-twentieth century with the innovation of widescreen and gimmicks like smell-o-vision, they will today work to separate “theatrical event” movies from small screen films. New devices such as foldable smartphones could help make mobile viewing more popular, as large screens would become portable. But don’t write off the big screen experience.

Kirke thinks VR is currently a “dead-end.” The technology is too bulky and expensive. And efforts to provide a more immersive viewing experience miss the point by forcing users to be their own cinematographers and directors; responsible for choosing their own shots.

“In terms of the next step up from VR/AR and screens, it seems that this would be eyeball projection,” Kirke said. “If a person is put into a dark room, then the only light hitting their eyeballs could come from a [ultra-high] resolution projector at ultra frame rates. Roll on the day. Or not, depending on your religious and philosophical implications.”