FCC: Some wireless carriers may have violated federal law on phone location data 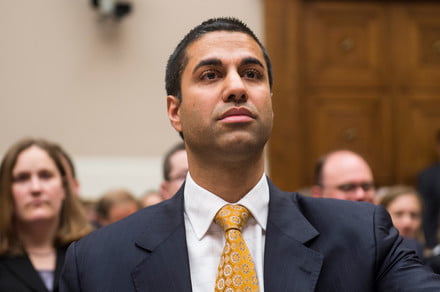 According to the Federal Communications Commission (FCC), certain wireless carriers may be guilty of breaking federal law if they have been selling your phone location data to third-parties — but they won’t say which ones.

A recent letter from FCC Chairman Ajit Pai has revealed that a newly completed investigation conducted by the FCC’s Enforcement Bureau has concluded that “one or more wireless carriers” have been found to have violated federal law as it relates to the exposure of consumers’ real-time location data.

Pai’s letter, which was published on Friday, January 31, only revealed a few details on the investigation itself. The letter was addressed to members of Congress and only mentioned that certain wireless carriers were found to have violated federal law.

The letter did not mention which carriers broke the law, nor did it specify which law was broken or what the possible penalties for breaking such a law would be. Pai’s letter did, however, emphasize his commitment to making sure that all entities that are subject to the FCC’s jurisdiction comply with its rules, and specifically focused on rules “that protect consumers’ sensitive information, such as real-time location data.”

Digital Trends reached out to the FCC for further information on Pai’s letter, but the agency declined to comment, instead preferring to “let the letter stand for itself right now.” However, Pai’s letter to members of Congress wasn’t the only statement on the issue to have been released.

Democratic FCC Commissioner Jessica Rosenworcel released her own statement on the matter on January 31. Rosenworcel’s statement provided some background information on the Enforcement Bureau’s investigation, refrencing 2018 press reports that “revealed that U.S. phone companies were selling access to their customers’ real-time location information to data aggregators.” In response to those initial reports, the statement mentioned that Rosenworcel sent letters to these wireless companies in an effort to “confirm whether they lived up to their commitments to end these location aggregation services.”

Commissioner Rosenworcel then issued the following strongly worded statement in response to Chairman Pai’s published letter, which included a few more details on the exact nature of the violation certain wireless carriers may have committed:

“For more than a year, the FCC was silent after news reports alerted us that for just a few hundred dollars, shady middlemen could sell your location within a few hundred meters based on your wireless phone data. It’s chilling to consider what a black market could do with this data. It puts the safety and privacy of every American with a wireless phone at risk. Today, this agency finally announced that this was a violation of the law. Millions and millions of Americans use a wireless device every day and didn’t sign up for or consent to this surveillance. It’s a shame that it took so long for the FCC to reach a conclusion that was so obvious,” she said.

At this time, it’s unclear when further details on the FCC’s investigation into what appears to be the illegal disclosure of consumers’ phone location data by phone carriers will be released.