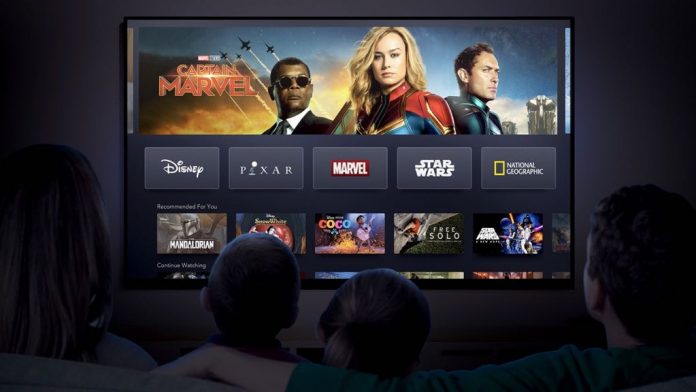 Disney+ is coming to Europe in just under a month, and Disney is offering prospective customers a discount subscription offer if they sign up early to the streaming video service.

Residents in the United Kingdom can get a year of Disney+ for £49.99 instead of the standard £59.99 annual subscription rate if they sign up between now and March 23. Elsewhere, in other European markets users can purchase an annual sub for €59.99 instead of €69.99 euros before the official launch date.

Sign-ups to the discounted subscription rate can be completed online at https://preorder.disneyplus.com.

On March 24, over 500 feature films and over 7,500 shows will be available on the service including new original content like the critically acclaimed “The Mandalorian” and “The World According To Jeff Goldblum,” along with timeless classics like “Lady and the Tramp” and the entire Pixar library.

Monthly pricing remains at £5.99 for the U.K. and €6.99 for other European markets. Disney+ will be available on Amazon Fire devices, LG and Samsung smart TVs, Roku’s streaming devices, Apple TV, iOS, Android, Xbox One, and PS4 at launch.

How to change Siri’s voice on the Apple HomePod

How to play multiplayer in Monster Hunter Stories 2

Garmin Venu Sq review: What the Venu should’ve been all along