Chinese phone makers are challenging the Play Store. Should Google be worried? 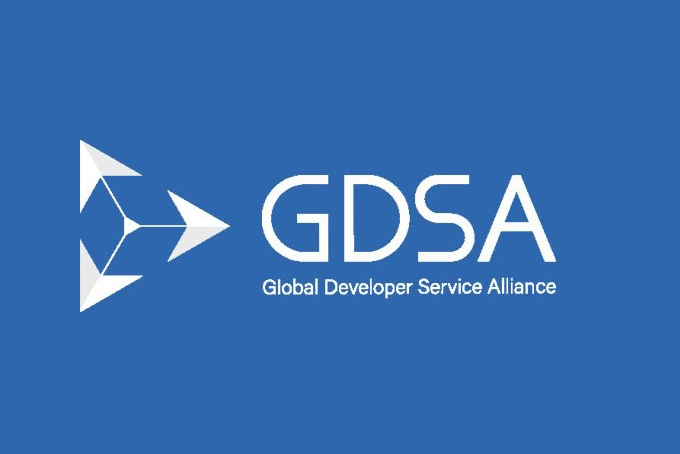 The Trump administration’s Huawei clampdown left a lasting scar on Chinese phone makers’ relationship with the West. The ban sent them scrambling for alternatives to U.S.-based services like Google and Android, as it continued to underline how dependent their businesses were on U.S. partnerships. Inevitably, the effects of those strains have now begun to take shape.

A week ago, China’s top handset companies — which, together, reign over nearly half of the global smartphone market — announced they are joining forces to build a new app store. Officially called the Global Developer Service Alliance (GDSA), it includes Huawei, Xiaomi, Vivo, and Oppo. The platform’s objective is to allow developers from across the globe to easily distribute and market their apps across each brand’s devices in overseas markets such as India, Europe, and China.

Currently, companies that wish to offer their services in countries like China are forced to reengineer their apps for each manufacturer. Since the Google Play Store is banned in China, each manufacturer has its own, in-house app store. The GDSA hopes to unify these digital marketplaces to create a one-stop-shop for apps, movies, music, and games across these four brands.

If the GDSA’s offering sounds familiar, that’s because it is. The new app store could potentially threaten Google’s Play Store in international markets. It’s the first of the many steps China-based phone makers would need to take to develop a comparable backup to Android itself and ensure they don’t end up in the same dire situation as Huawei.

“The U.S. restrictions on ZTE and Huawei are a big motivating force for Chinese vendors to be more self-reliant, including not just app stores like the GDSA and Huawei’s moves with Harmony OS and HMS, but also the local semiconductor industry, among others,” said Bryan Ma, vice president of devices research at market research company IDC.

As Huawei has shown, phone makers that rely on Android and other Google services are defenseless in the event the U.S. government issues a ban against them. If developers begin to embrace the GDSA, incentivized by the large markets it covers and one-app-fits-all app deployment, it could mitigate some of the international impacts of a U.S. ban for any of these Chinese phone manufacturers.

Xiaomi, however, claims that the GDSA was not formed to challenge the Play Store or be a rival to Google services.

“The Global Developer Service Alliance solely serves to facilitate the uploading of apps by developers to respective app stores of Xiaomi, Oppo and Vivo simultaneously. There’s no competing interest between this service and Google Play Store,” added a Xiaomi spokesperson.

“There’s no competing interest between this service and Google Play Store.”

It’s worth keeping in mind that these companies already bundle custom app stores on their phones alongside the Play Store, and they are fairly popular. Huawei’s AppGallery, for instance, houses apps such as Amazon, Booking, Brainly, TikTok, Todoist, and more.

Each GDSA member could leverage their dominant positions in different regions to promote and jump-start the new store. In India, which is the only country that registers positive growth in the smartphone market, Chinese companies hold about three-quarters of the entire share. Similarly, Vivo and Oppo hold pole positions in Southeast Asia and Huawei in Western Europe. When GDSA’s China availability is taken into account, it more or less has the same reach as the Play Store.

If GDSA’s efforts succeed in countries where these companies have strong footholds, it could prove vastly detrimental to Google’s developer revenues.

In fact, there’s a good chance the GDSA will capitalize on the fact that Google takes 30% of the Play Store revenue from developers. At its recent dev summit, Huawei tried courting app makers through a 20 million euro investment, promising to ask only for a 15% cut on app store revenues.

What’s more, OnePlus is owned by the same parent company that also controls Realme, Vivo, and Oppo. That means that OnePlus, which has been gaining steady momentum in the U.S. market, could one day pop up with this GDSA app store installed — giving the U.S. a taste of what it has to offer, including potentially exclusive Chinese apps or games, the freedom to install apps without a Google account, and a platform for Western developers to easily distribute their apps in China where the Play Store is absent.

GDSA isn’t the only entity that attempts to emulate certain facets of Android. As the United States continues to delay issuing it a license, Huawei is actively working on its own in-house operating system called HarmonyOS, which the company says will be available on everything from phones to smart TVs. Last year, Xiaomi, Vivo, and Oppo also collaborated on an AirDrop-style file transfer app — something Google’s Android still lacks.

Of course, there are still several missing pieces of the puzzle that members of the GDSA would have to find to create a viable alternative to Google’s Play Store. The absence of Google’s core services and apps on a GDSA alternative is enough for most buyers, as well as developers, to look elsewhere. There’s also the question of how seamless GDSA’s APIs (application programming interfaces) will be when compared to the Play Store and whether they will be straightforward enough for indie developers to consider them.

“I’d also point out that the GDSA’s efforts are just an app store right now. Sure, combining forces means a bigger user base to attract developers. But if it doesn’t have first-party Google apps, then it still doesn’t solve Huawei’s current woes with Google Mobile Services,” added IDC’s Ma.

“If it doesn’t have first-party Google apps, then it still doesn’t solve Huawei’s current woes.”

While Google doesn’t have a reason to sweat just yet, it may have to begin gearing up for a day when Chinese phone makers band together to produce an Android alternative. Except for in the United States, where Congress could step in to throw a wrench in their growth, these manufacturers may have the capacity, as well as the resources, to take on Google. In case GDSA does take off, Google’s first course of action will likely be to slash Play Store taxes. It could also introduce better incentives for developers who decide to offer their services exclusively on the Play Store.

It’s unlikely Google will be able to immediately ban the GDSA since that would require it to step over antitrust lines. Android is also open source, which means the search engine giant cannot block Chinese companies from building up custom software on top of it either.

The question that remains hanging in the balance is this: Will Google capitalize on its current position to stymie the rise of the GDSA?

Facebook
Twitter
Pinterest
WhatsApp
Previous articleUsing drones to detect coronavirus? It’s not as crazy as it sounds
Next articleGoogle warns users not to transfer Google apps on Huawei phones