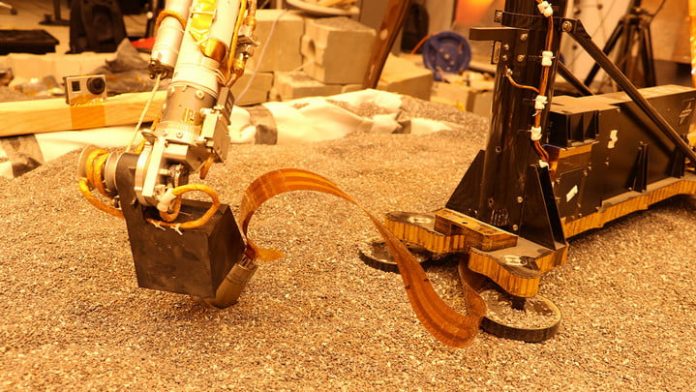 NASA’s InSight lander has had a tough year, with its heat probe stuck in the Martian soil. Because the Martian soil has a different texture than what was expected, the drilling part of the probe, called the mole, can’t grip into the soil and keeps sliding out when it tries to push downward. Now, the engineers at NASA are preparing to execute a plan to get the mole moving again using the scoop on the lander’s robotic arm. The scoop will press down directly onto the end of the mole, called the back cap, which should hopefully provide enough force to keep the mole in place and stop it from backing out of the soil.

To come up with this procedure, the engineers have been experimenting with a model of the lander and the soil it sits on which is located here on Earth. By seeing what happens when they give commands to this engineering model, they can come up with the best and least risky way to execute commands on the real lander. Pushing on the back cap is potentially dangerous as it could damage the tether which connects the mole to the spacecraft, but the team has decided that they need to take that risk to continue with the mission.

This test using an engineering model of the InSight lander here on Earth shows how the spacecraft on Mars will use its robotic arm to press on a digging device, called the “mole.” NASA/JPL-Caltech

“It might take several tries to perfect the back-cap push, just as pinning did,” NASA warned in a blog post. But the researchers will continue trying to fix the problem over the coming months. “Throughout late February and early March, InSight’s arm will be maneuvered into position so that the team can test what happens as the mole briefly hammers,” the agency said.

Another option that could help is to push more soil into the hole where the mole is buried, which could add more friction to help get it moving again. “The team is also considering using the scoop to move more soil into the hole that has formed around the mole,” NASA said. “This could add more pressure and friction, allowing it to finally dig down. Whether they pursue this route depends on how deep the mole is able to travel after the back-cap push.” 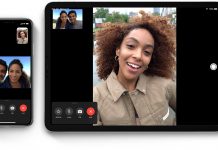 iOS 13.4 and macOS 10.15.4 Prevent FaceTime Calls From Working With Some Older iPhones and iPads Amid Pandemic 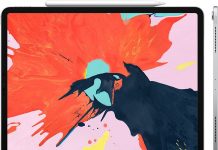 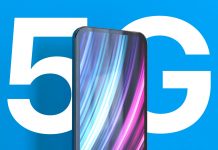