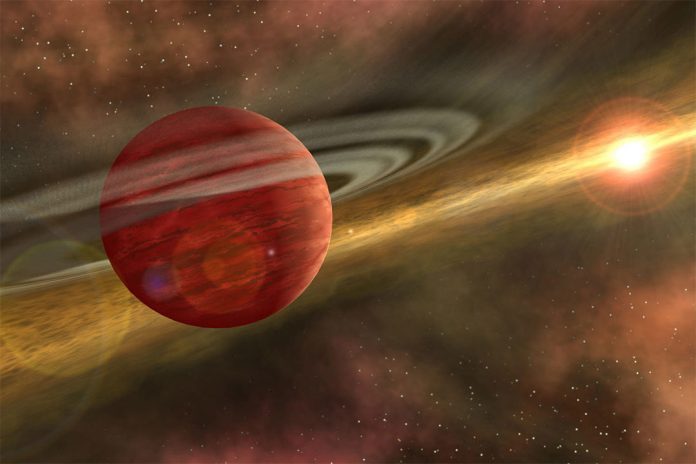 Artist’s conception of a massive planet orbiting a cool, young star. In the case of the system discovered by RIT astronomers, the planet is 10 times more massive than Jupiter, and the orbit of the planet around its host star is nearly 600 times that of Earth around the sun. NASA/JPL-Caltech/R. Hurt (SSC-Caltech)

Astronomers have spotted a “baby” gas giant 300 light-years away, making it the nearest young massive planet to Earth discovered to date. Named 2MASS 1155-7919 b, it will eventually grow up to become a large gas planet like Jupiter or Saturn.

“The dim, cool object we found is very young and only 10 times the mass of Jupiter, which means we are likely looking at an infant planet, perhaps still in the midst of formation,” said Annie Dickson-Vandervelde, lead author and Ph.D. student at Rochester Institute of Technology (RIT), said in a statement.

“Though lots of other planets have been discovered through the Kepler mission and other missions like it, almost all of those are ‘old’ planets. This is also only the fourth or fifth example of a giant planet so far from its ‘parent’ star, and theorists are struggling to explain how they formed or ended up there.”

As currently understood, gas giants form when a planet grows to a sufficient size that it begins to pull in gases from nearby space due to its large gravity. As the gases move toward the planet, they eventually form an atmosphere that gets thicker as the planet grows. If a planet becomes several times larger than Earth, it will rapidly collect gases and can become a gas giant.

This process of acquiring gases typically takes place when the planet is orbiting around a young star. When stars are still young, they have disks of gas around them which the forming gas giants can feed on. So normally, giant planets form close to parent stars. This particular baby is located more than 600 times further from its star than Earth is from the Sun, however, so its discovery raises questions about how it formed.

To learn more about how the baby ended up far from its parent, the researchers plan to do a follow-up study using imaging and spectroscopy techniques.

The findings are published in the journal Research Notes of the American Astronomical Society. 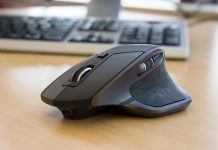 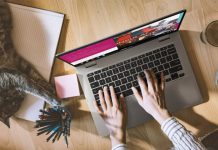 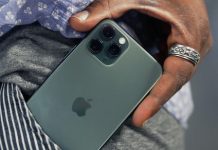