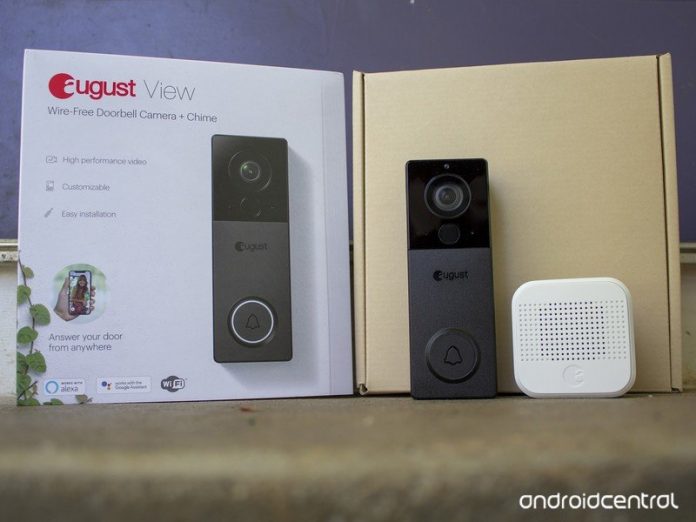 Despite a successful relaunch, the August View still doesn’t quite stack up to the competition. 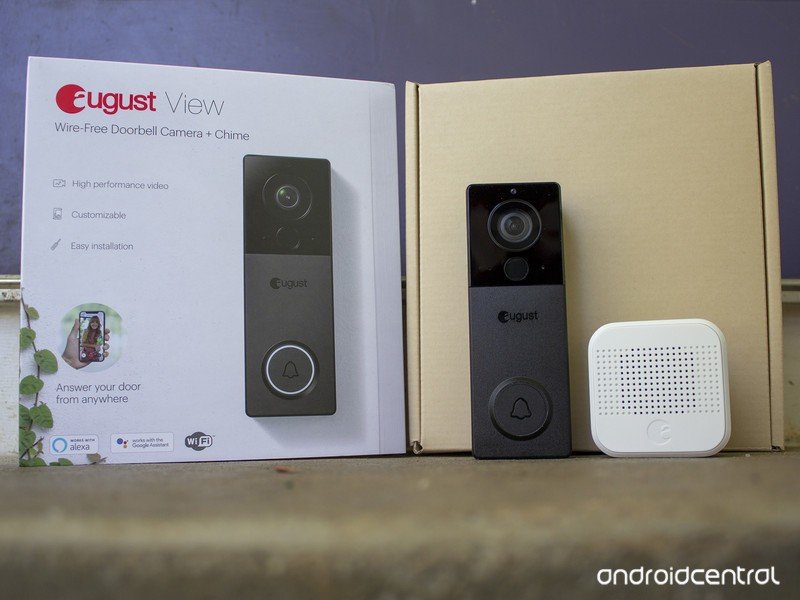 I’ve had the August View since its original launch last Spring. To say the initial release of the View was a mess is selling its initial problems short. But the team at August did the unthinkable; they pulled the product from the market and issued refunds to unhappy customers. It was the sign of things to come and showed how far August was willing to go to please its customer base.

The relaunched August View wireless video doorbell is a thing of beauty. On the outside, you won’t see much of a difference between it and other video doorbells on the market. It’s got an ultra-wide-angle camera up top, a speaker, a doorbell button, and some nifty lights for various purposes. The difference is in its fully wireless nature and the simplicity of the ecosystem.

The August View Video Doorbell is super easy to install. It doesn’t even require a screwdriver if you don’t want to use one. It’s powered by a simple battery pack inside, which can be removed and recharged, and you’ll need nothing more than a Wi-Fi connection to communicate with the doorbell. Even the app is as simple as it comes, with step-by-step setup instructions and a familiar interface.

The biggest setback for August is the suggested price of the View. At $229 it’s simply not a good value for what’s offered when compared to other video doorbells on the market. There’s no advanced facial recognition, no ability to detect packages, and no real way to customize where the View detects motion. It’s a pretty simple set-it-and-forget-it type of product, but that’s also the strength. You also won’t have to worry about August analyzing your footage or selling it to the highest bidder, and that might be August’s biggest strength.

When basic is best

Bottom line: The August View Video Doorbell is a basic video doorbell that shines because it’s fully wireless and requires almost no installation to get it going. Its biggest downfall is the simplicity of its functions. There’s no advanced AI detection of faces, no package alerts, and no way to fully customize motion detection as many other units allow. As a result, the August View is only good for someone who wants a simple video doorbell that doesn’t require wiring or a more complicated installation.

If you’re looking for a simple installation that requires almost no tools or setup, the August View is for you. Inside the box, you’ll find the August View Video Doorbell, the small rechargeable battery pack, a colored faceplate of your choice (denoted on the box), and the chime unit that plugs into any wall outlet.

A simple installation that requires almost no tools or setup.

August’s app is easy to use and even simpler to get the system setup. QR codes on the View and the chime make pairing with your account as easy as pointing your phone’s camera at them. While the initial release of the View had issues with mesh home networks, I can attest to the vast improvements made over the past several months, as I’ve used and reviewed mesh systems from Netgear, Ubiquiti, and Google during that time and have tested the August View with all of them.

August ships the View with an adapter that will help angle the doorbell a bit if you’ve got a doorframe like mine, which features a recessed frame that would otherwise block part of the image. The installation frames can be adhered to your doorframe or wall with adhesive or with mounting screws, whichever you feel more comfortable with. I’d recommend the screws simply because you’ll be taking the unit off once per month to charge the battery, and adhesive might not hold up as well.

Since it’s a battery-powered video doorbell, you won’t need to worry about wiring up to your home’s circuit breaker or even removing the existing doorbell. This fact makes the August View especially attractive to renters, who wouldn’t normally be allowed to install such a product, as many video doorbells require a constant power source via the dwelling’s wiring.

Everything else is straightforward. In the app’s settings, pair your August View with any other smart home devices you have, such as Google Assistant, Apple HomeKit, or Amazon Alexa. AirBnB and Home Away landlords will be happy to hear that August integrates natively with their favorite rental service, making it a breeze to authenticate visitors to your rental property before letting them in. You can also use it to remotely unlock your August Smart Lock, which is incredibly handy for several situations.

The August app can be used to not only view who might be at your door, but you can also browse historical alerts and recordings on it as well. Two days’ worth of notifications and recordings are available for free, but you can pay a small sum to keep them for 15 or 30 days. You can also invite others to view the video, making it convenient for sharing with housemates or guests that might be taking care of your home while you’re away. 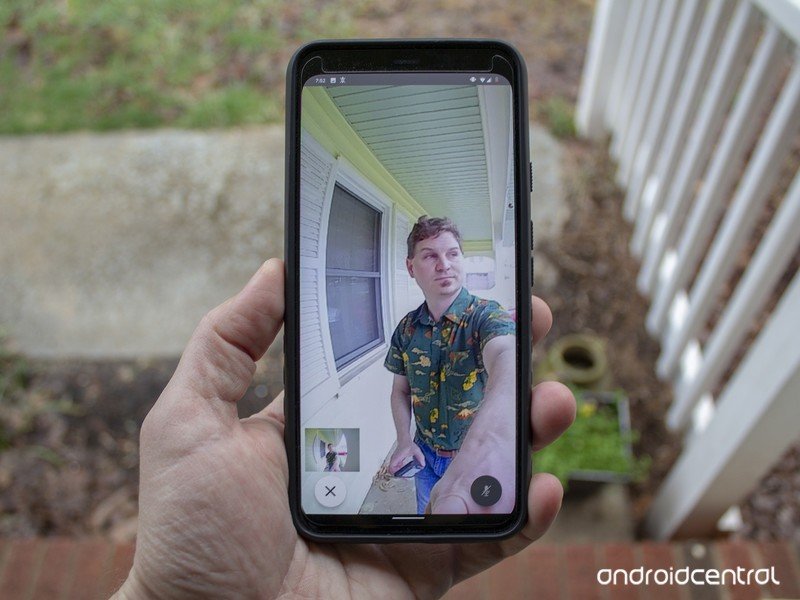 The 1440p resolution video is higher resolution than most video doorbells, and you can pull up the on-demand live feed at any time via the August app. The doorbell can detect motion and alert you to the presence of movement on your front porch, normally signaling that someone is at your door. The moment someone presses the button on the View, the chime in your home rings and you’ll be alerted just as a normal doorbell would.

You can even set videos to autoplay as soon as the notification appears on your phone, helping you more quickly and effectively answer the door without physically being present. You’ll even find the camera has excellent night vision that can see approximately 10ft away, with three brightness levels that can be easily adjusted through the app.

Despite all this, the battery for the View lasts a full month on default settings without any need for intervention. It’s also a removable, rechargeable battery pack, so you won’t need to fuss around with AA batteries or something similar. 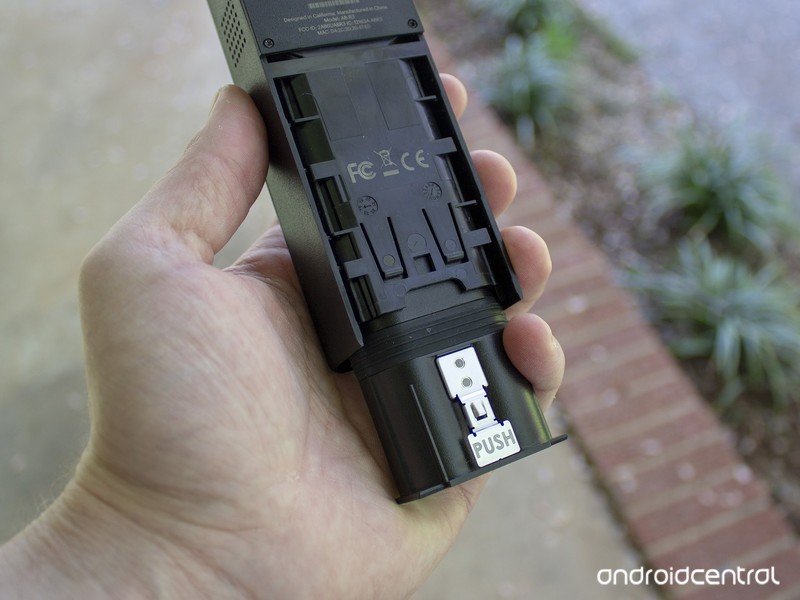 While that rechargeable battery is a nice feature, it’s not the easiest thing to remove. Every month I struggle to remove it from the View and find myself annoyed with its design. The battery takes several hours to charge and also requires the use of a Micro-USB cable. Why we’re still getting new products in 2019 or 2020 with Micro-USB ports is beyond me, but it’s becoming a problem as more devices switch to USB Type-C.

You won’t find any advanced motion detection like Nest or Ring doorbells have.

Because it’s battery-powered, the August View goes into a deep sleep mode any time it’s not being used to view or talk to visitors. While motion detection is performed during deep sleep without issue, timely notifications to smartphones and other linked devices is significantly delayed. I found plenty of times where I missed a “call” from the View because it didn’t notify me in time.

What’s odd in this scenario is that there’s no delay between pressing the button on the View and hearing a chime sound over the chime speaker that’s plugged into an electrical outlet inside the home. Where the holdup is happening is anyone’s guess, but the basic function of getting a notification from your video doorbell when someone rings it is fundamentally broken part of the time. 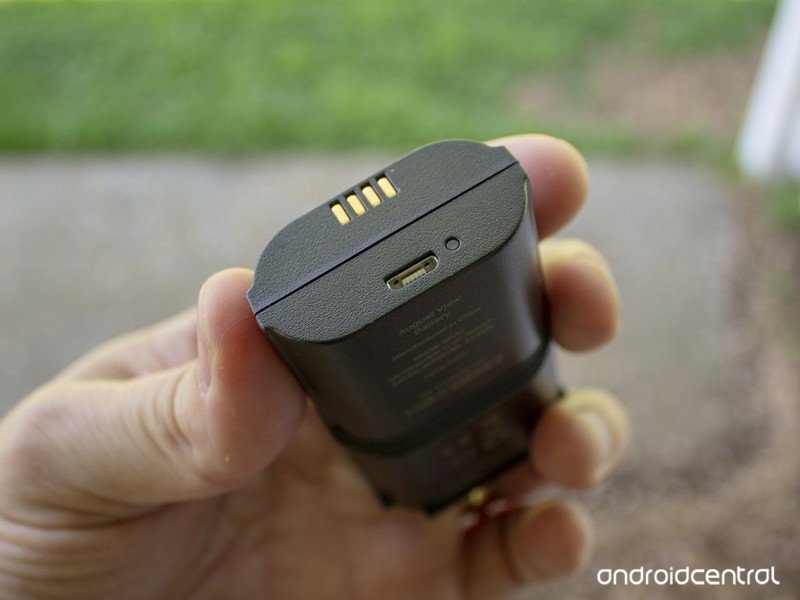 This behavior didn’t happen all the time, as there were plenty of instances where someone rang the bell and I was able to answer it from my phone, but the delayed notifications happened more often than not. That’s extremely problematic for a product whose entire purpose is to literally deliver a notification to your smart devices and allow you to screen visitors. Notifications to Google/Nest Home or Amazon Alexa/Echo speakers were delayed exactly as long as notifications to my phone, which tells me there’s some sort of issue in the design of the notification delivery system from August.

You also won’t find any advanced motion detection like Nest or Ring doorbells have. The August View won’t tell you when a package arrived, other than a simple “motion detected” notification. It can’t ID faces and tell you if someone familiar or a stranger is at the door. You can’t even adjust the parts of the screen where motion is detected, just select from a variance slider that can be set to ignore all but obvious human movement.

It’s likely that August has held back these sorts of detection methods simply because this is a battery-powered unit. The focus, then, would be on making the battery last as long as possible and, thus, being required to sacrifice some features to make this a reality. Regardless of the reasons, August’s motion detection works fine in its most basic form, but the competition offers something so much more advanced.

August View Video Doorbell Should you buy it?

Probably not. As much as I like the understated design with customizable faceplates, the wireless nature, and the simple installation, the August View is too basic a product for the price it’s selling for. Sure, it’s got higher quality video than you’ll find almost anywhere else, but the lack of options when it comes to motion detection, the delayed nature of notifications for when the doorbell rings and the way the battery needs to be recharged are too big of setbacks to recommend this as a product.

If you can pick one up on sale, it might be worth the cost, especially if you don’t plan on subscribing to August’s recording plans. It could also be an excellent alternative to Google or (especially) Amazon’s ecosystems, which have been shown to be a bit less friendly for consumers who are more privacy-focused. Most customers are going to want to look elsewhere, though.

Be there, even when you’re not

The August View Video Doorbell is wireless, keeping installation and setup a breeze. It’s great for rentals or for folks who don’t want to wire things up permanently. 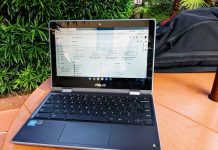 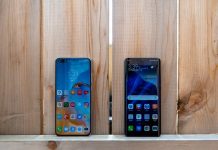 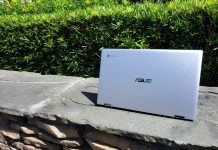 These are the best Chromebooks at Walmart right now