HomeNewsWith Ryzen 4000, does AMD finally have a real shot at winning...
News

With Ryzen 4000, does AMD finally have a real shot at winning the laptop race? 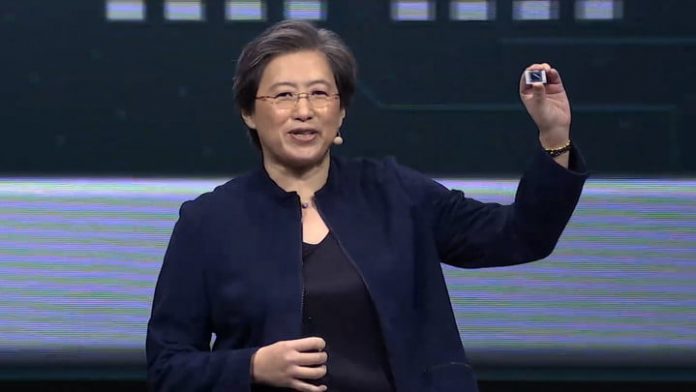 AMD is on an historic tear, with some of the most exciting and competitive products it’s ever released in the mainstream CPU and GPU space. It’s killing it in the HEDT sector too, with price and performance that outstrips Intel’s best by quite some margin throughout the product stack.

But laptops are something else entirely. There, Intel continues to dominate and though AMD has its best shot yet to claw back some market share with Ryzen 4000 CPUs, the question isn’t whether the chips are good enough, but whether laptop manufacturers will hop onboard the hype train.

Since the release of the first-generation Ryzen processors in 2017, AMD has been on the upswing. With successful product launches and increasing mindshare comes growing market share too. It’s not quite the recently quoted 40%, but it’s growing. Most notably though, at the end of 2019, AMD was sitting on around 15% of the laptop space. That’s more than last year, but it makes AMD more of a blip than a competitor.

Part of that is due to AMD’s Ryzen 3000 mobile chips being rather underwhelming. The Surface Laptop 3, which was co-designed with Microsoft for improved performance and efficiency, was disappointing when we tested it. The dominance of Intel in the laptop market for so long too, has meant that the availability of AMD laptops remains limited. It just doesn’t have the laptop pedigree to build on, or the awareness among the general public to excite the interest that would get that would solve at least one half of the chicken and egg problem.

AMD’s 3990X Threadripper CPU should dominate in the HEDT space.

But 2020 has the potential to change that. Ryzen 4000 mobile CPUs with their Zen 2 cores and Radeon graphics look set to compete directly with Intel’s existing Ice Lake and Comet Lake CPUs. In early first-party test results, AMD claimed that its top Ryzen 4000 CPUs can compete with Intel’s 9th-generation desktop line. They can also beat Ice Lake mobile chips in single threaded tasks, we’re told. Decimating them in multi-threaded ones, too. It even claims victory in the graphics sector.

We’ll need to wait to see third-party comparison tests to be sure of those sorts of claims, of course. The impending announcement of Intel’s high-end Comet Lake H CPUs, which can reportedly reach over 5GHz, could also bring even greater competition to the red team. But for now, by the specs, AMD’s Ryzen 4000 should be hotly competitive for gaming, productivity tasks, and general usage. Most significantly, it brings eight-core, sixteen-thread performance in just a 15-watt power envelope on its U-series chips. That’s astounding.

With a broad selection of Ryzen 3, 5, and 7 CPUs with varying TDPs depending on the task at hand, and SmartShift technology helping to balance the load, Ryzen 4000 laptops could be something quite special.

So, who’s going to build them?

Beating Intel at gaming on laptops would be a real game changer for AMD.

So far, there’s only been a few Ryzen 4-powered laptops announced. It’s not the mountain of new releases AMD may have wanted. Our favorites from CES, whether it’s the updated Dell XPS 13 or experimental new devices like the ThinkPad X1 Fold — are still sticking with Intel. And that’s at a time when Intel isn’t even launching new processors.

However, the company has pledged to launch twelve Ryzen 4000 laptops before the end of March 2020, with up to 100 launching before the end of the year. If true, that bodes well for the company. Especially if we consider multiple configurations of each laptop offering customers some choice based on their needs and budget.

2020 is also a great year for AMD burrowing its way into the public consciousness, because 2020 is the year that both new consoles from Microsoft and Sony will debut and they’re both packing AMD hardware. That gives AMD an excellent opportunity to get its name out there in the mainstream gaming space. Not to mention its use within Google’s Stadia and Microsoft’s XCloud.

We’ve been given an early glimpse of Ryzen 4000 laptops in the form of the light and trim Lenovo Yoga Slim 7 and the Asus ROG Zephyrus G14 with its fancy lightshow on the lid. Both were debuted onstage with AMD’s new hardware at CES 2020 and suggest that working hardware is ready to go. It also shows a willingness for companies like Asus and Lenovo to believe in AMD’s story.

But will it catch on? 12 systems is nice, and 100 is far better, but AMD needs more than that if it hopes to become a genuine competitor in the laptop space instead of an also ran. It’s achieved something close to that success on desktop, but doing so on mobile, where Intel has focused much of its developmental muscle in recent years, will be a whole different ball game.

Until Dell launches a new XPS 13 with AMD or Apple ditches Intel in its MacBooks, Ryzen will always be the underdog in this rivalry. AMD may have earned its shot at winning the laptop race, but it has a long road ahead.

Lenovo is practically giving away this 2-in-1 Chromebook today

Samsung Galaxy S23 vs. Google Pixel 7: Which should you buy?