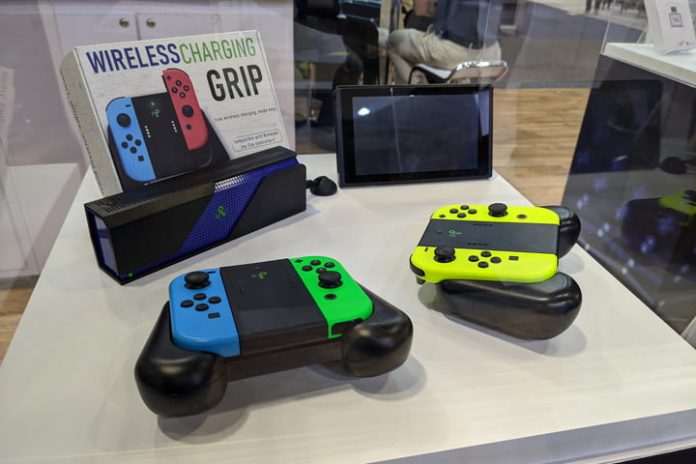 I’ve been excited about wireless power over distance since the first live demo I saw five years ago. It felt a little bit like magic, as interesting technology innovations can do from time to time. There were already a number of players in the space back then, though few that could, or would, show you a working demonstration.

In the years since, I’ve seen many prototypes, watched panels power devices a few feet away, and been told repeatedly that the first consumer products were imminent. I’ve listened to clever scientists and inventors explain the technicalities. I’ve heard enthusiastic marketers talk up products that were about to change all of our lives. But they simply never materialized.

I remained optimistic that we would see wireless power over distance before too long, but that enthusiasm has been tempered and dulled slightly by the slow progress.

Concerns around safety, regulatory approval from the Federal Communications Commission (FCC), low efficiency and high power loss — these are just some of the reasons that wireless power over distance still feels … well, distant.

I’m wary of saying that it’s about to arrive again, but CES 2020 feels like tangible progress. In fact, it’s the first year where I’ve managed to find a working product you can actually buy. Powercast sells a wireless transmitter on Amazon for $100. The company announced a Wireless Charging Grip for Nintendo Switch Joy-Con Controllers at the show and it will go on sale in the next couple of months. As long as you leave the controllers within a couple of feet of the transmitter, they’ll stay charged up.

While the amount of power that’s being sent is low and the distance is short, Powercast has still managed to achieve something that has proved elusive for most of the companies vying in this space by delivering a product to market.

I met with Ossia again to see its new reference design, the Ossia Cota Home, a kind of power router for the home or office that’s capable of sending power several feet. Ossia CEO Mario Obeidat told me that the technology is ready to go into homes and it’s working with several partners, including phone case maker Spigen, to create a consumer product. The partnership with Spigen was announced at CES last year, and is apparently still on track to bear fruit in 2020. Spigen may sell a phone case bundled with a transmitter for somewhere around $100 or so.

He also told me that Ossia has been working on a project with Walmart and hopes to trial e-ink price tags with the retail giant. These price tags could be powered and updated simultaneously via Ossia’s ceiling tile. Because the new tags are e-ink, the power would only be needed to make changes, so it could be transmitted in very short bursts.

Obeidat seems unconcerned about some of the new players joining Ossia and Energous in this space.

“Delivering meaningful power at real distance — 10, 20, 30 feet, because of our efficiency,” says Obeidat. “That’s where we have differentiated ourselves from others.”

I also met with Wi-Charge at the show. It has technology that employs infrared light to send focused bursts of power to devices like cameras in hard-to-reach places. One example was a smart faucet from Hansgrohe with a small display on it that’s capable of turning on automatically when it senses you and lighting up the water. Wi-Charge is a good fit for an environment like that where wiring could be complicated and potentially dangerous.

The company also has a PowerPuck, which is a circular device that can be plugged directly into an outlet or screwed into an existing light fitting. The PowerPuck automatically detects receivers and can deliver up to 2W to up to three devices simultaneously — think security cameras and smoke alarms.

There’s potential for Wi-Charge to increase the power it delivers, and it’s fairly efficient compared to radio frequency technology. It’s also safe, because we’re accustomed to a lot of infrared light from the sun. While a Wi-Charge spokesperson told us that smartphone charging is possible, he said the big barrier is infrastructure. The issue of having to have transmitters everywhere and receiver technology built into devices is an obvious hurdle.

The last demonstration I went to see was from GuRu, a newcomer to the scene with a clever solution to the distance problem. First, the CEO showed me a standard-looking transmitter sending a few watts of power a couple of feet to light up a bulb and charge a smartphone. GuRu’s technology is directional and beams can be focused on specific targets.

More impressive was GuRu’s robot, which looks like a robot vacuum cleaner, but has a transmitter on top. This is a clever way of getting around the fact that the power delivery drops significantly at longer distances. The idea is that the robot can go around your house at night while you sleep and charge up all your gadgets, from controllers to phones to tablets to cameras, so everything is ready to go the next morning.

GuRu is still awaiting FCC clearance, but it looks to be a major player that could make a splash in the near future.

“We’ve been fairly stealth,” CEO, Florian Bohn told me with a smile. “But now we’re ready to signal that wireless power over distance is here and it’s ready.”

With regulatory approval out of the way or pending, and plenty of working prototypes, the next step is to get transmitters on sale and persuade manufacturers to integrate receivers into devices. There’s still a long way to go and questions to answer on the efficiency, particularly at a time when we’re growing more conscious of our power usage, but wireless power over a distance is creeping closer to our homes.