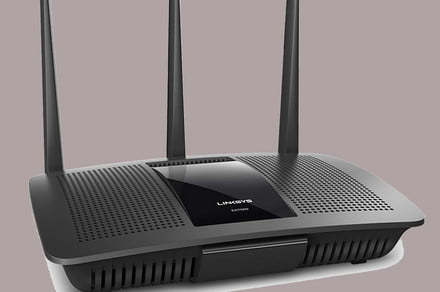 A Wi-Fi spectrum shortage threatens your ability to stream high def video, VR, and more, and Wi-Fi 6E devices using a new 6GHz band may save the day — if regulators ever approve it. Here’s what you need to know.

Last September, Federal Communications Commission Chairman Ajit Pai mentioned that the FCC was interested in “opening up 1,200 megahertz of spectrum in the 6GHz band for different types of unlicensed uses,” including Wi-Fi.

Now the industry group behind Wi-Fi-enabled devices is gearing up to develop products that can make use of that freed up spectrum in the 6GHz band. According to a press release published on Friday, January 3, the Wi-Fi Alliance has even come up with a name for this new class of devices: Wi-Fi 6E. These devices are expected to offer the same features as Wi-Fi 6, namely things like faster data rates and lower latency.

As the Wi-Fi Alliance notes, it’s expected that once the 6GHz band is open for use, the kinds of devices that will use it first include “Wi-Fi 6E consumer access points and smartphones, followed by enterprise-grade access points.” In addition, Wi-Fi 6E is also expected to be adopted by “industrial environments” for uses such as “machine analytics, remote maintenance, or virtual employee training.” Other possible applications for the 6GHz band and Wi-Fi 6E include augmented reality and virtual reality.

Notably, the opening up of the 6GHz band for Wi-Fi is expected to help deal with what the Wi-Fi Alliance refers to as a “spectrum shortage.” This particular shortage means that the increasing demand for Wi-Fi will eventually surpass the actual capacity of the currently available unlicensed spectrum. Opening 6GHz to Wi-Fi will help fix the shortage by “providing contiguous spectrum blocks to accommodate 14 additional 80 MHz channels and seven additional 160MHz channels which are needed for high-bandwidth applications that require faster data throughput such as high-definition video streaming and virtual reality.” In addition, the use of Wi-Fi 6E devices is supposed to use this increase in capacity to “to deliver greater network performance and support more Wi-Fi users at once, even in very dense and congested environments.”

The release of Wi-Fi 6E products are still pending the official regulatory approval of the opening up of the 6GHz band to Wi-Fi, so it’s still unknown when those products will be made available to the public. We expect companies will move quickly once the approval goes through.

Facebook
Twitter
Pinterest
WhatsApp
Previous articleSport your love for The Mandalorian with these Baby Yoda tees
Next articleThese are the best cases you can get to protect the Nokia 7.1