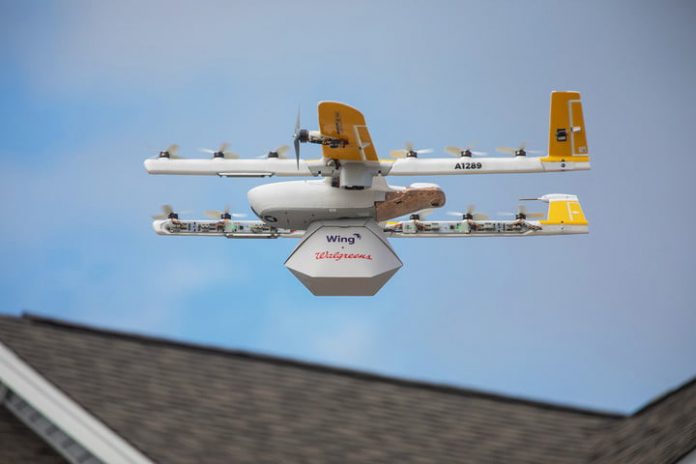 Google famously laid out its mission as organizing “the world’s information [to] make it universally accessible and useful.” The search giant’s algorithms kneaded the web’s doughy data and metadata until it no longer resembled the lumpy experience of using the internet in the bad old days of Yahoo and Ask Jeeves, but rather a new streamlined, smoother surfing experience built for maximum effectiveness. Today hosting 5.6 billion searches per day, Google has been overwhelmingly successful at its job.

Now Alphabet, the parent company to which Google is but one part, wants to do the same thing with drone deliveries. But in a real-world of, well, brick and mortar buildings, weather systems, and FAA regulations, can its drone delivery subsidiary Wing hope to be as transformative as Google was in the world of search?

In short, can it succeed at making drone deliveries both universally accessible and useful?

A drone delivery system that works

Unlike most Google stories, Wing begins with a failure parable. Kind of. In 2012, the team behind Wing (it grew out of X Development, Alphabet’s “seriously-we-can-do-that-now?” moonshot initiative) showed off their initial prototype vertical landing and takeoff vehicle. This was capable not only of flying from one location to another, but also of hovering and winching packages up and down from the ground using a retractable tether. Wing immediately aimed for the most headline-grabbing, life-altering use-case possible: delivering defibrillators to people having heart attacks. As Apple is currently finding with the heart-rate tracking feature on the Apple Watch, few technology demonstrations generate more positive headlines than ones that involve saving lives. But it wasn’t to be.

“In the process of [exploring this idea] we realized that the drone technology wasn’t yet far enough along to be used as a reliable deliverer for that kind of urgent use-case,” Alexa Dennett, who heads up marketing and communications for Wing, told Digital Trends. “We spent the next seven-plus years, through today, trying to build an energy efficient, fast, reliable, and safe drone delivery system [that works].”

Here in 2020, companies promising drone deliveries is a whole lot like sex in high school. Everyone says they’re doing it, but hardly anyone actually is. Lots of readers will be familiar with proclamations like Jeff Bezos’ announcement of Amazon Prime Air, the one-click dream of achieving autonomous drone-based Amazon deliveries to customers within 30 minutes of ordering. But more than six years after Bezos showed off the concept during an episode of 60 Minutes, Amazon deliveries remain frustratingly grounded. Wing, meanwhile, is surging forward — or, rather, upward. So long as you live in one of several select locations, that is.

“We’ve done over 80,000 flights with our current iteration of drone,” Dennett continued. “We’ve done that across three continents, with operations in Australia, Finland, and the U.S.”

Wing is currently operating in Australia’s cities of Canberra and Logan; Helsinki in Finland; and, in the United States, in the 21,000-person town of Christiansburg, Virginia. By partnering with assorted other businesses, it’s carried out proof-of-concept deliveries for everything from donuts and artisanal cheeses to Walgreens groceries and FedEx packages.

The most exciting development of all, however, is one that, on paper, sounds like little more than fine print: Wing has received an Expanded Air Carrier Certificate from the Federal Aviation Administration (FAA). “We’re the first drone company in the United States to be a certified air carrier,” Dennett explained. “That means that we’re able to take money in return for providing our services because we’ve demonstrated such a level of safety.”

Bringing it to the masses

Alongside the ability to fly legally beyond the drone operator’s line of sight, this suddenly makes autonomous drone deliveries seem a lot more viable. This doesn’t just benefit Wing, either. It also makes the technology available to a whole lot more customers; ones that don’t necessarily have the resources of a Silicon Valley tech giant to consider implementing their own drone delivery systems.

“What I see as the most unique and differentiating thing about our drone is that really what we’re trying to do is empower everyone to access drone delivery,” Dennett said. “What I mean by that is that we’re building a system that allows drones to pick up and deliver to anywhere. The awesome thing is that, let’s say you’re a local coffee store, you could potentially work with Wing to have your coffee delivered to customers who would normally not walk past your store.”

From the perspective of a Wing partner, the idea is theoretically straightforward. You partner with the company, a bit like an independent developer hitching its wagon to Apple’s App Store star. Customers then get to order your products, you pack up the boxes when an order comes in, head outside to wait for Wing’s drone to whisk off your products, and Wing takes care of the rest. For a fee, of course.

“When that button is pushed [by a customer], our merchants are told ‘put [the item] in a box,’” Dennett said. “Our drone is then given instructions to take off. The route is planned by our unmanned traffic management system to be the safest, most efficient route. The package is loaded on by the merchant, and the drone flies completely autonomously to the person who has ordered it. The drone then hovers at about seven meters above the ground. It lowers a string, unhooks the package, winds up the string, and flies away to its charge pad to get ready for its next order.”

As simple as that, right? “[X Development]’s mission is to basically create businesses that will have an impact on hundreds of millions of people,” Dennett explained. “But will also, as a corollary, have the potential to generate large returns. From Wing’s perspective, we believe that we fall into that bucket.”

The smart play — and the reason why drone deliveries are so exciting for companies — is because it makes it possible to deliver things that have never been delivered. For years, companies have delivered large items to customers. A new fridge or couch is a big-ticket item that’s impractical to transport on your own, and probably isn’t needed right this instant. Since then, the bar for the kind of things we’ll order for delivery has lowered as the speed of transportation has increased. Six weeks’ wait for a couch is acceptable. Six weeks’ wait for your fresh groceries is less so. One or two days for a book from Amazon is probably easier than driving downtown, parking, and going to a bookstore. One or two days’ wait for a cup of coffee is wildly impractical.

“In Australia, we’ve got a coffee provider called Kickstart Expresso,” said Dennett. “We’ve got an ice cream company called Pure Gelato. Both of those industries are, historically… you’re not going to deliver ice cream by a car, right? Because it’s melted by the time it’s delivered. And you’re not going to deliver an espresso-based coffee by car because it’s going to be lukewarm by the time it reaches the customer. But thanks to Wing, people can get deliveries to their door in a handful of minutes. That means ice cream that’s still frozen on a hot day when it’s delivered to your yard. Same with coffee, which is still piping hot. For these kind of businesses, drones are facilitating a whole new type of delivery that’s a new way of serving their customers.”

To put it another way, Wing — and drone delivery companies like it — hope to make deliverable whole new categories of goods that wouldn’t previously have been. Dennett would not share the exact price point at which it makes sense for a company to offer drone delivery (does ice cream by drone make sense or does it smack of dot-com bubble insanity?). However, she is confident that Wing’s business model is built with scalability in mind.

“You don’t need to have a delivery driver who then gets stuck in traffic,” she said. “It’s a point-to-point system flying in the sky where there is no traffic. We’re very confident that it will be significantly more cost effective for businesses to use this delivery service.”

There are challenges, of course. As noted, plenty of other companies are jumping into the drone delivery space. There are also ground-based delivery services like Starship Technologies, which offer sidewalk-based delivery bots that aim to achieve much the same thing.

Elsewhere, questions remain about things like the level of noise pollution drone deliveries will create. During Wing’s operations in Canberra, one complaint described the noise of its delivery drones as being like “a chain saw gone ballistic.” (Dennett said that Wing has made changes to its propellor and blade design, which has resulted in a “perceptible halving of the sound.”) Then there’s all the regulatory bodies, which will need to be convinced that drones are safe and efficient before they are given unanimous approval to operate everywhere.

But Wing, and others like it, have one big ace in the hole: our current method of transportation is, frankly, kind of broken. “There [has] to be a better way to transport things,” Dennett said. “Roads are incredibly congested. It seems absurd that you carry a two-pound package in a 2,000 pound car, with the carbon emissions associated with that kind of transportation.”

Drones, with their cavalier disregard for anything as mundane as ordinary streets, offer one sci-fi-sounding solution. As Dr. Emmett Brown tells Marty McFly at the end of Back to the Future, “Roads? Where we’re going, we don’t need roads.” 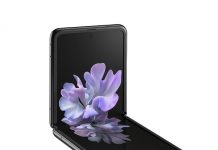 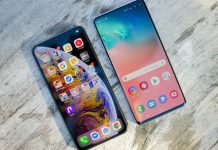 Microsoft Defender antivirus software to roll out to iOS, Android this year

How to watch MLS 2020: Live stream every game online from...