For CES 2020 Vizio is in Las Vegas to show off a TV lineup that’s been refreshed with hardware and software improvements. Moreover, it has some fun things in store for its sound bars, too.

One of the key changes for this year is the inclusion of SmartCast UI 4.0. Available in the 2020 models, it allows for easier switching between inputs, customization settings, and a new remote control with push-to-talk voice capabilities. According to Vizio, the software is expected to reach existing TVs dating back to 2016.

SmartCast already works with Google Assistant, Amazon Alexa, and Siri; however, the new version is reported make it easier to pair with Assistant and Alexa-compatible devices via the SmartCast Mobile app. The voice remote can also support Wikipedia searches, weather updates, and more. 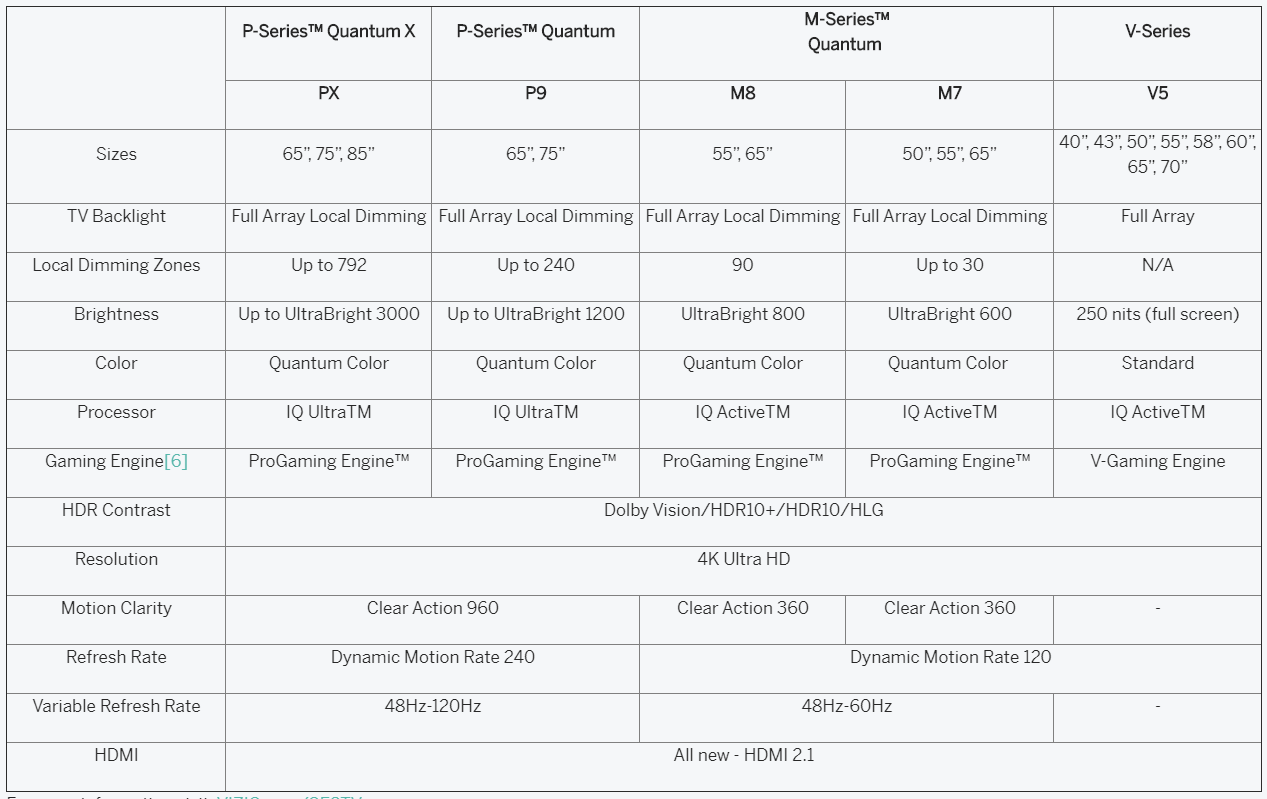 For all of its 2020 models announced this week Vizio has included support for HDR10+as well as standard HDR10, HLG, and Dolby Vision.

Internally, the processors are said to be more efficient at upscaling low-resolution content. Most of the new models include ProGaming Engine, tech that supports Variable Refresh Rates, AMD FreeSync, and 4K gaming at up to 120Hz. All of the new TV sets include HDMI 2.1. 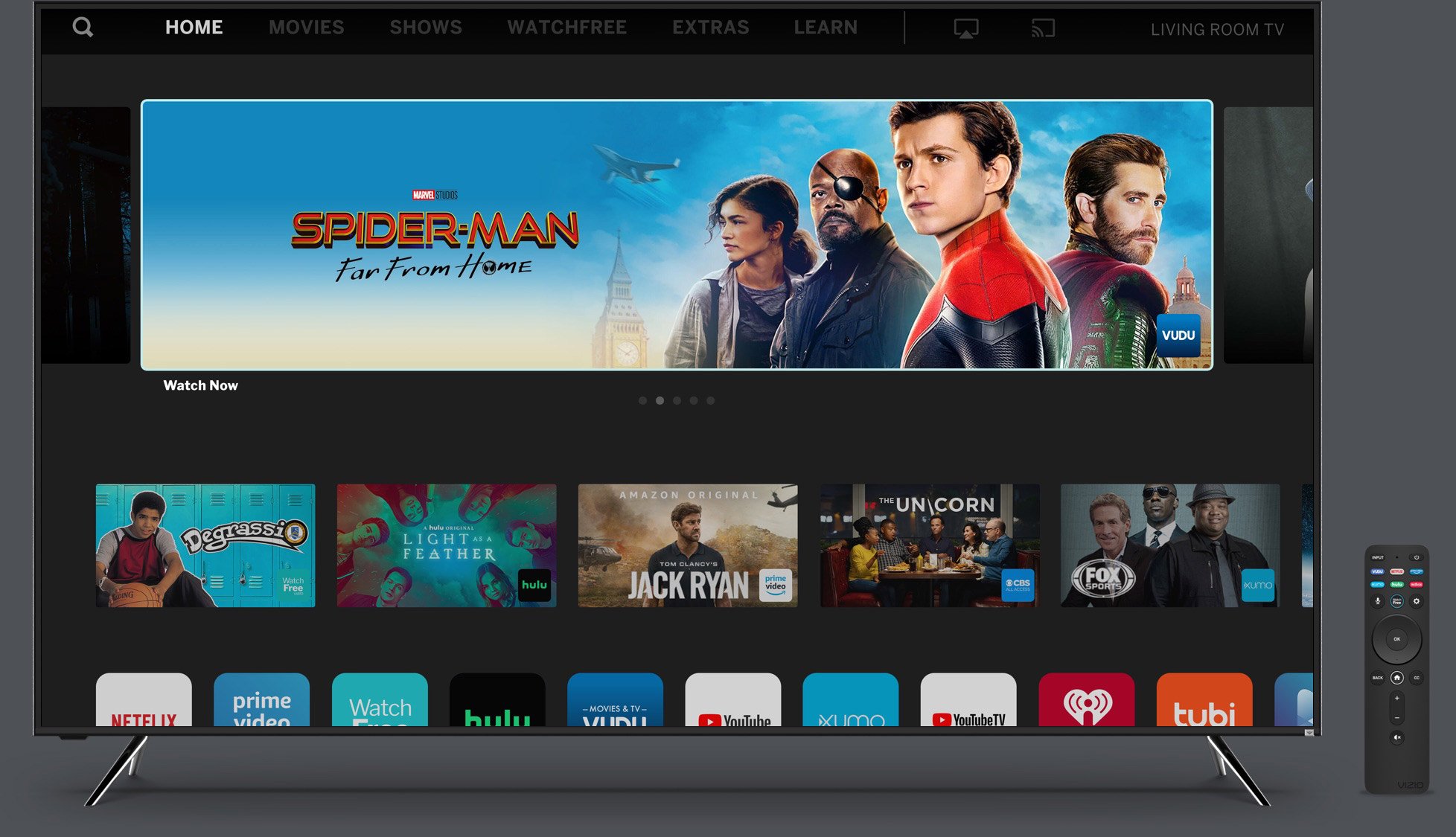 Worth noting, Vizio says that it will offer OLED options, a first for the company. While it hasn’t named the source for panels, or even a series/model, 4K Vizio OLEDs at 55″-65″ space could pave the way for a much more competitive space. If anything, it should help push the conversation forward a bit if and when these arrive.

Here’s a quick breakdown of the different lines of TVs coming from Vizio in 2020. We’ll list them from top of the food chain on down. 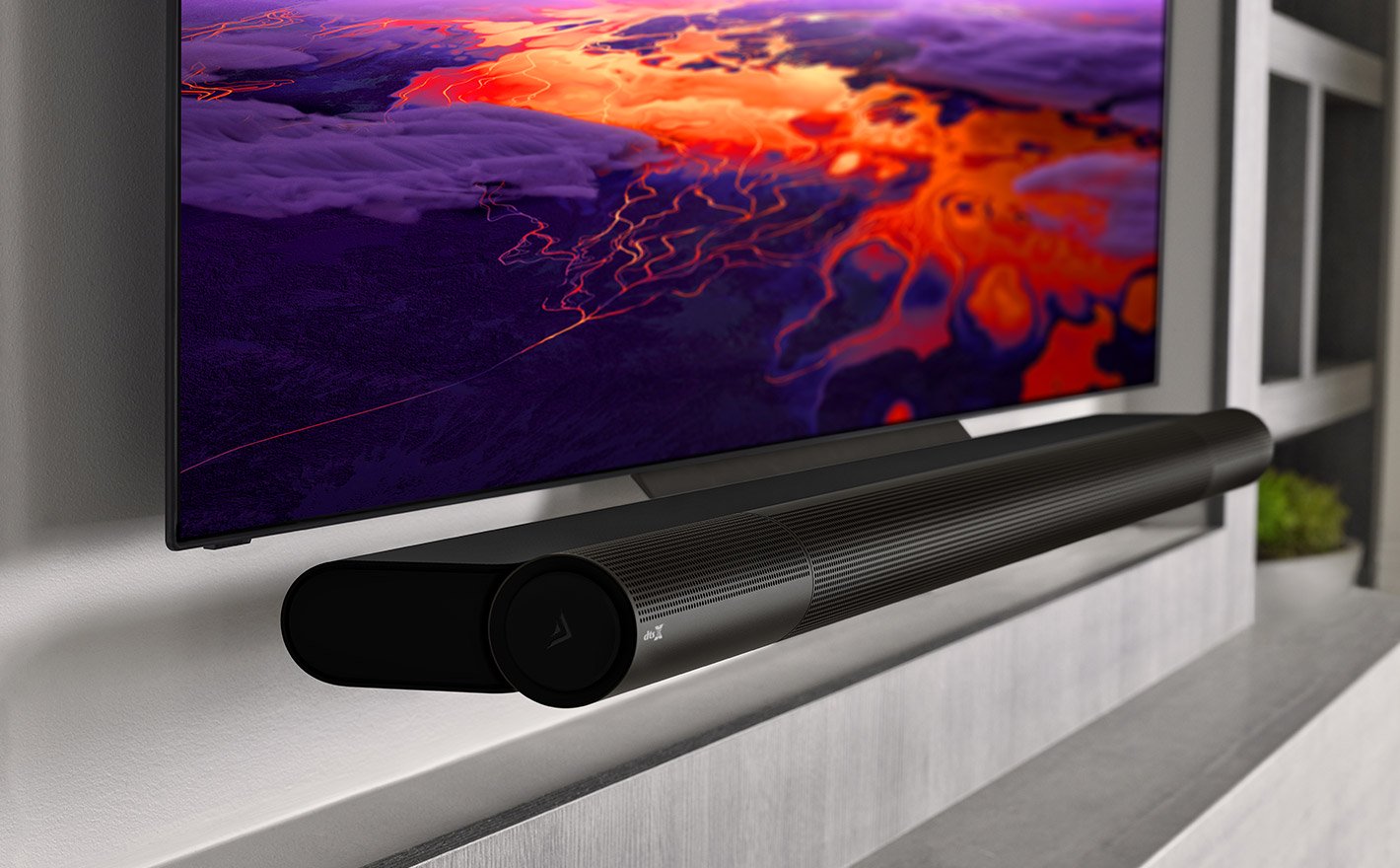 For CES 2020, its sound bar lineup is getting a reshuffle and refresh to more closely align with its popular M-Series and V-Series 4K televisions. Moreover, it’s also introducing a new sound bar to complement its forthcoming OLED TVs.

The all-new VIZIO Elevate Sound Bar features a unique design that lets it work on its own or dock seamlessly with the new OLED TV. The system includes two-way left, center, and right front speakers that utilize a separate tweeter, as well as dual-midbass drivers, and passive radiators.

The bar has a pair of high-performance upfiring channels that remain front-facing for stereo and 5.1 content, but will automatically rotate upward for Dolby Atmos and DTS:X signals.

Look for more pricing and information on the various TVs and sound bars as we get closer to their respective launches.