Home News U.S. may call a halt to its civilian drone program over security...
News

U.S. may call a halt to its civilian drone program over security fears 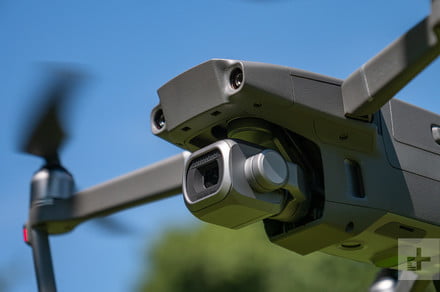 The U.S. Department of Interior (DoI) is set to permanently ground its fleet of around 1,000 drones because of fears over security, the Financial Times (FT) reported.

The remotely controlled quadcopters were taken out of service in October 2019 pending a thorough review of the civilian drone program amid concerns that the Chinese-made machines could be used to send sensitive data back to China.

But sources close to the review have told the FT that the department is expected to take them out of service for good after officials warned that the Chinese government has the ability to access the drones’ data, which includes images and location information.

It’s not clear when David Bernhardt, the secretary of the interior, will make an announcement regarding the review, but the sources’ revelations suggest it could be coming soon.

The department had been using the drones for a variety of tasks that included land and forest monitoring, dam inspections, and assisting efforts to tackle wildfires and other natural disasters. It’s possible that if a permanent ban is announced, the department may still use the machines in emergency situations such as tackling wildfires, and also for training purposes.

The FT’s report claimed that “various agencies have protested against the proposals” to stop using the drones, with the devices considered a vital part of their operations. An American-made drone capable of competing with Chinese drones such as those made by market leader DJI would go a long way to solving the issue, but officials are reportedly yet to find a suitable replacement among domestic offerings.

The government’s problem with the use of Chinese-made drones returns us to the ongoing trade dispute between the U.S. and China that has also hit Shenzhen-based tech giant Huawei over similar security-related fears.

The U.S. government has been grappling with the issue of drone use for some time. In May 2019, for example, the Cyber-security and Infrastructure Security Agency said it had “strong concerns” about the government’s increasing use of Chinese-made drones, while in 2017, the Department of Homeland Security alleged that DJI was “selectively targeting government and privately-owned entities within these sectors to expand its ability to collect and exploit sensitive U.S. data.” DJI has always strongly denied engaging in such activity.

“We have worked with the DoI to create a safe and secure drone solution that meets their rigorous requirements, which was developed over the course of 15 months with DoI officials, independent cybersecurity professionals, and experts at NASA,” DJI has said in regard to the current issue. We should soon learn whether its reassurances are enough to persuade U.S. officials, though the FT’s report this week suggests it may need to do more.

Apple revealed the first Mac models powered by the M1 CPU. The MacBook Air, Macbook Pro, and Mac Mini all have been refreshed with the new chipset.
Read more

Coming on November 12 with a new coat of paint and upgrades to the Messages and Photos apps.
Read more

Everything Apple announced at its One More Thing event: Macs with New M1 silicon