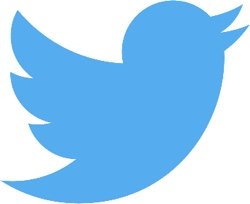 At CES, Twitter’s director of product management Suzanne Xie outlined some new features that are coming to the social network, and The Verge has shared details on what we can expect.

In the future, Twitter will add a “conversation participants” option on the screen where a tweet is composed. Twitter users will be able to choose between four options: Global, Group, Panel, and Statement.

The Global feature will let anyone reply, while Group will limit replies to people a Twitter user follows and mentions. Panel will allow people specifically mentioned in a tweet to reply, and Statement will presumably disable replies all together.

As The Verge points out, this will allow Twitter users to limit the spread of their tweets with a middle ground between public and private.

Twitter is also planning to add a specific conversation view that puts all of a conversation on a single screen, making it easy to sort through different tweets and their replies.

Other features in the works include list display customization, prompts for following topics, and options to make it easier to find lists.

There’s no word on when these new features might come to Twitter, but the conversation participants option is slated to be added this year.

Microsoft continues to double down on its embrace of ChatGPT

Does the Samsung Galaxy S23 come with a charger? Know this before you buy