TikTok beats Facebook, Messenger in 2019 with over 700 million downloads 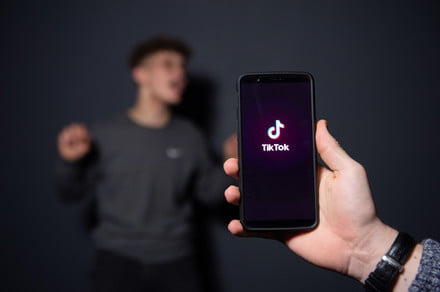 According to the latest edition of Sensor Tower’s Store Intelligence Data Digest, TikTok has steadily climbed the annual Top Apps chart. The music app was fourth in 2018 behind WhatsApp, Messenger, and Facebook, but it pushed Instagram to fifth place. Last year, TikTok went up two spots to second place, leapfrogging Messenger and Facebook, while WhatsApp retained its top spot.

India remained TikTok’s top market throughout 2019, with 44% of the year’s downloads, despite a brief ban by the country’s government in April. Downloads in China, the home market of the app’s owner Bytedance, declined since its peak in March 2018, but the country was responsible for 78% of the app’s revenue in the fourth quarter of 2019.

TikTok made $176.9 million in 2019, its best-ever year for revenue, even as the app continues to experiment with its monetization schemes. Unlike social networks such as Facebook, which hosts a treasure trove of user information that may be used by advertisers for targeting purposes, TikTok does not have as much data to offer.

TikTok allows users to take short videos of themselves, to which they can attach sounds or music. The app also offers other customization options such as filters, stickers, and special effects.

The popular app, however, does not come without controversy. In February 2019, TikTok was slapped with a $5.7 million fine for violating the Children’s Online Privacy Protection Act, as the app did not require parental consent for users younger than 13 years old.

A recent report revealed that Israel-based security research firm Check Point discovered vulnerabilities within TikTok that would have made it possible for hackers to take over accounts and access private data. The vulnerabilities have been patched since November though, and there have been no reports of affected users or instances that the loopholes were abused.

TikTok may have run into its share of issues, but with the app continuing to rise in popularity, it is expected to weather the storm and perhaps even challenge WhatsApp at the top of the annual downloads ranking.

No matter if you're trying to lose weight, be more active throughout the day, or anything else in between, Fitbits
Read more

Source: StackCommerceIf you work behind a desk, chances are that Microsoft apps will be part of your workflow. The Premium Microsoft
Read more

Messaging in Google Photos is a breeze with these quick steps!

Another day, another messaging platform from Google — but don't worry, this isn't yet another attempt to make the next
Read more