The PowerEgg X is an A.I.-equipped, 4K handheld camera that’s also a drone 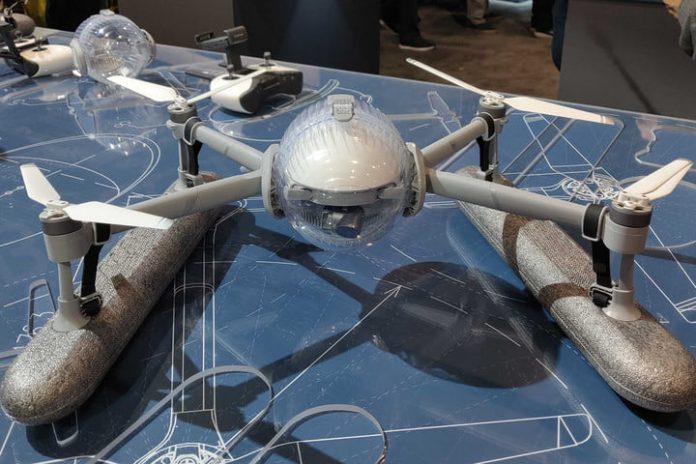 PowerVision is known for its innovative drones in the commercial space, but it has only produced consumer drones for three years, starting with the original PowerEgg. On Monday night, the company returned to CES with a much smaller (and much smarter) personal drone dubbed the PowerEgg X.

The PowerEgg X is impressive, starting with its much smaller size. Unlike the original PowerEgg, you can easily hold this one in the palm of you hand. And that’s precisely what PowerVision wants you to do: The PowerEgg X can be used both as a handheld camera and a drone.

Enterprising filmmakers have long known you can take advantage of the automatic stabilization and gimbal of drones by using them as a handheld camera. The PowerEgg X can also be used like this, with a setting that allows for filming when it’s not flying.

But the PowerEgg X’s camera has something that most other drones do not: Artificial intelligence. “Three years in development, PowerEgg X pulls together the technology consumers are seeking and puts it in a small, elegant egg shape,” PowerVison founder and CEO Wally Zheng said.

Algorithms will help the camera detect faces and learn over time to help keep the subject, which also doesn’t necessarily need to be a person, in the frame of view at all times. The tracking also works if the subject moves inside and outside of the field of view. PowerVision is also using the A.I. engine to enable what it calls a “massive” gesture database.

Digital Trends had a chance to catch the PowerEgg X at a press event om Monday evening and walked away impressed. The hyped A.I. functionality works as advertised, and the recorded 4K video was of good quality, with great image stabilization, which is vital to good drone video. While the confines of CES didn’t allow us to put the PowerEgg X through its paces, we hope to have a full review of the device in the weeks after the show.

The PowerEgg X is available starting today and retails for $899.