The Nokia 2.3 offers smart camera features at an affordable price 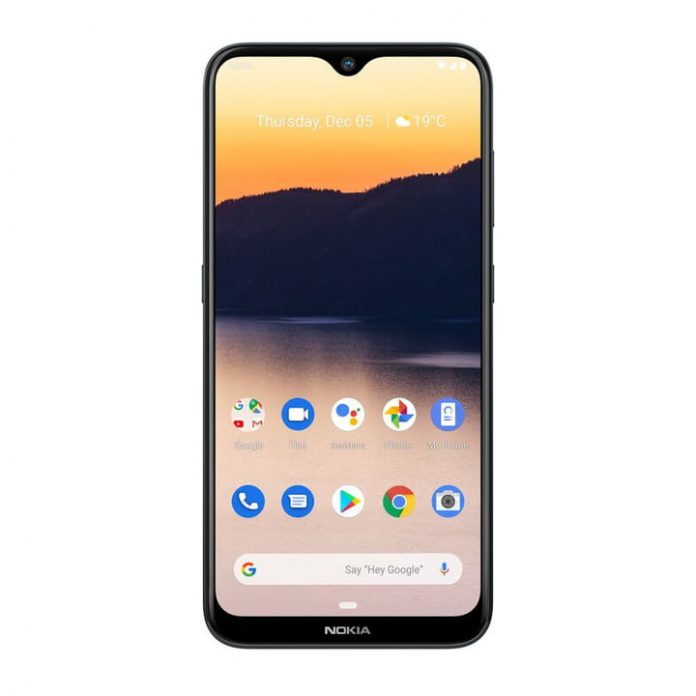 Nokia is taking its entry-level smartphone lineup to the next level. The company has taken the wraps off of the new Nokia 2.3, boasting improved performance, a low price, and the latest and greatest version of Android.

The phone offers a number of other great features too. Notably, the device has a built-in Google Assistant button, giving users easy access to Assistant without always having to use the “Hey, Google” wake word.

The rest of the phone’s design is pretty modern, too. The device features a small teardrop-shaped notch at the top for the front-facing camera and a chin at the bottom — but apart from that, it’s got a nice edge-to-edge display with rounded corners. The display measures in at 6.2 inches, with an HD+ resolution. Other aspects of the design look great, too. There’s no camera bump on the back, making for a much smoother look.

Nokia hasn’t disclosed a full spec list for the phone, instead emphasizing interesting features. For example, Nokia focused a little on improving camera quality, ensuring that you’ll get decent shots even in a cheap phone. In the Nokia 2.3, you’ll get a Portrait Mode that blurs out the background of your photos, making for a more professional-looking photo. The phone features a dual 13-megapixel and 2-megapixel camera. According to Nokia, the device also adds features like image fusion technology that allows the phone to combine details from multiple photos — making for a more vibrant image overall.

Nokia has also put some focus on the battery life of the phone. According to the company, the device boasts a two-day battery life, thanks to the phone’s A.I.-assisted battery technology.

Other aspects of the phone’s software are up to date, too. The device comes with Android 10, which is the latest and greatest version of Android. Further, Nokia says that the phone is guaranteed to get monthly security updates for three years, and full operating system for two years — so the device should get both Android 11 and Android 12 when they’re released and become available. The phone comes with Android One, so Android, in general, should be relatively clean and updates should be available quickly after they’re released.

Perhaps the best thing about the phone is the price — you’ll be able to pre-order the Nokia 2.3 for $130 starting on January 21 at Best Buy, with pre-sales on Amazon set to begin the week after that. A full sale date for the device has yet to be announced.