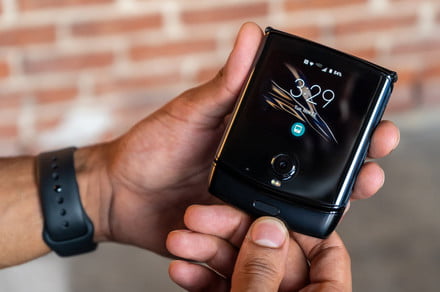 Motorola says that availability for other markets will be announced soon, though we have yet to learn which markets that includes.

Under the hood, the phone features a Qualcomm Snapdragon 710 processor, along with 6GB of RAM and 128GB of storage. More important than specs, however, is the phone’s design. The new Motorola Razr is a revival of the classic flip-phone, boasting a foldable display and high-end features that you would expect on a near-flagship device.

Originally, the device was supposed to be up for pre-order on December 26, but Motorola delayed the release of the device due to “high demand.”

“Since its announcement in November, the new Motorola Razr has received unparalleled excitement and interest from consumers. Demand has been high, and as a result, has quickly outgrown supply predictions,” said the company in a statement emailed to Digital Trends at the time. “Motorola has decided to adjust Razr’s presale and launch timing to better meet consumer demand. We are working to determine the appropriate quantity and schedule to ensure that more consumers have access to Razr at launch. We do not anticipate a significant shift from our original availability timeline.”

Of course, when Motorola announced a delay, some were concerned that the device was following the same path as the Samsung Galaxy Fold. The Galaxy Fold was originally sent out to some reviewers early in 2019, but they soon experienced issues with the display, among other mechanical issues. As a result, Samsung delayed the consumer release of the phone in an effort to redesign certain aspects of it. The company then finally released the device to the public in September.

Plenty of other foldable devices are expected to be released over the next year or so two. Samsung is rumored to be releasing a new foldable phone at Samsung Galaxy Unpacked in February — and other companies will likely follow suit.