The coolest products Samsung showed off at CES: Ballie, Neon, and lots of TVs 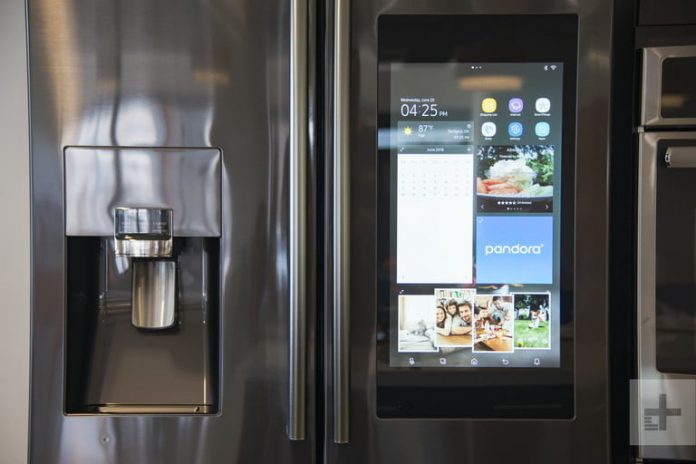 Samsung was one of the biggest booths (more like an entire wing), and the company showed off some new and groundbreaking tech at CES this week.

In case you missed all the cool things announced, here is our roundup of all the Samsung tech that impressed us the most at CES.

This technology is embedded in Samsung’s new 8K bezel-less TV and can amp up the volume of what you’re watching if a lot of noise starts to happen in the room.

Whether you’re blending a smoothie or vacuuming the rug, this Samsung tech will automatically increase the TV’s volume, so you don’t miss out on what’s happening.

Samsung debuted its Family Hub refrigerator at CES 2020 to help people actually use the food in their fridge instead of letting it go to waste. The refrigerator uses Samsung’s Whisk smart food platform and A.I. image recognition from a camera located in the fridge to scan what kind of food you have and what kind of recipes you can make with it.

The technology even tracks expiration dates, so you don’t have to worry whether the mayo has gone bad.

Samsung’s new solid-state drive (SSD) is smaller than a business card and features a built-in fingerprint scanner, making it much more secure than your average portable hard drive.

This TV completely immerses you in whatever you are watching, thanks to no sidebar. Samsung even told us the TV is 99% image and a mere 1% border.

The 8K part of the Q950TS TV comes into play with a more advanced engine fueled by A.I., so the more you watch it, the more the TV teaches itself how to improve the resolution.

The Samsung-owned company announced a concept of C-V2X (cellular vehicle-to-everything) tech that would allow vehicles to communicate with each other about potential obstacles.

More importantly, the technology could allow pedestrians and cyclists to get warnings on their phones about oncoming cars or obstacles.

Samsung debuted a version of its QLED 4K TV that not only looks like an art frame but also functions as one.

When you’re not using your TV, you can program it to display whatever artwork you choose, so your TV blends more seamlessly into your home.

The realistic-looking avatars called Neons were a massive hit at CES. While they look and act like real people, Samsung’s Star Labs says they aren’t meant to be as intuitive or intelligent as an assistant like Alexa or Bixby. Instead, they are meant to simply be a friend.

Through interactions with real people, Neons will be able to gain new skills and evolve.

Samsung revealed that advancements in manufacturing have allowed it to introduce five new sizes of its modular MicroLED (8K Ultra HD) screens — 88, 93, 110, 150, and 292 inches — which come together to form The Wall.

True to its name, the TV is meant to take up the entire wall, turning any surface into an 8K cinema.

For the camera, you can expect 12 MP sensors for the ultra-wide, wide-angle, and telephoto lenses.

Debuted alongside the Galaxy Note 10 Lite, the Galaxy S10 Lite has the same features when it comes to its display.

The camera, however, comes with a 5 MP macro, 12 MP ultra-wide, and a 48 MP wide-angle as the main sensor, giving the phone more emphasis on the camera.

The luxury automaker and Samsung revealed plans to offer 5G connectivity in 2021 models of the iNext, which would allow for zero-delay streaming.

Aside from increased streaming speeds, a 5G car would pave the way for semiautonomous driving.

Samsung calls this spherical robot a “life companion” whose many jobs include a security guard for your home, a fitness assistant, and as a remote control for your home’s smart devices.

A built-in camera allows the robot to recognize its owner so it can follow you around the house like a puppy.

This invisible A.I.-powered keyboard uses your phones’ existing front-facing camera to track your hands as you type on any surface.

While it’s only a concept, if it ends up becoming an actual Samsung product, it would come in handy so you don’t have to lug a physical keyboard around.

Facebook
Twitter
Pinterest
WhatsApp
Previous article5G laptops finally made their big splash at CES 2020. But will it matter?
Next articleThe coolest products Samsung showed off at CES: Ballie, Neon, and lots of TVs

How to watch Bucks vs Pelicans live stream online anywhere