Home News The best Xbox One headsets for 2020
News

The best Xbox One headsets for 2020 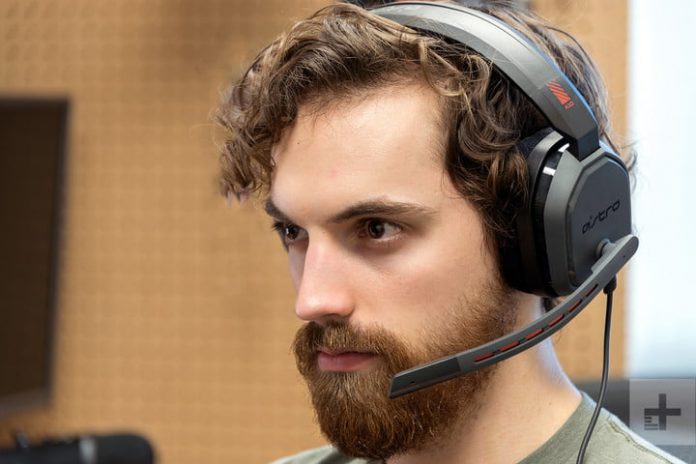 Choosing the right gaming headset can be tricky. On top of the obvious focus on sound quality, you need to consider wired or wireless, range, build quality, comfort, price, and if you need an all-purpose set of cans, a design you don’t mind wearing out in public. It all amounts to a heavily saturated gaming headset market, but one we can hopefully help you sift through with this list of the best Xbox One headsets going into 2020.

If you’re looking for top-notch PS4 gaming headsets or the best across all platforms, make sure to check out our selections for those, too.

The best Xbox One headsets at a glance

The best: Astro Gaming A50

Why should you buy this? It’s the best headset available for Xbox One, and offers wireless connection to boot.

Who’s it for? Xbox gamers who want a headset with everything (and can pay for it).

Why we picked the Astro Gaming A50:

The refreshed A50 lives up to the Astro name, and then some. Showcasing a futuristic design imbued with wireless 5.8GHz technology, this high-end headset delivers some of the best audio of anything in our roundup. The A50 boasts Dolby Digital 7.1 surround sound that provides an immersive soundscape no matter what you play. To further enhance your gameplay, three varied EQ modes allow you to adjust the sound — giving you a quick way to boost the bass or treble — while the unidirectional microphone helps isolate your voice from ambient noise.

The A50 also includes all the extra perks you’d expect from a high-quality headset, including auto shutoff, hassle-free wireless connection, and long battery life. But most importantly, the A50 makes games more engrossing and entertaining. For the serious gamer, the audiophile, or those who just love great sound, it’s a must-have — provided you’re willing and able to cough up the cash. For Xbox gamers, Astro offers an Xbox One-specific version, which includes a wireless adapter for the console to get the most from the headset.

Why should you buy this? It’s the best sounding wired headset for virtual surround available for the Xbox One.

Who’s it for? The audiophile gamer who doesn’t need a wireless connection.

Why we picked the Astro A40 TR:

The A40 TR isn’t just the slightly more affordable, wired sibling of the A50, it’s also packed with tons of features that are hard to come by on other headsets. In terms of audio and mic quality, the A40 TR rivals the A50, which easily makes it one of the best-sounding headsets for any system at any price. But it’s the Mixamp Pro that’s the real standout.

The Mixamp Pro gives you immediate and intuitive control of everything, including volume, game/mic chat mix, and EQ presets. It connects to your console with a USB connection, but also includes a 3.5mm aux port, digital optical out, and a dedicated “stream out” port that’s great for Twitch streamers. There are also two “digital daisy chain” ports that enable multiple Mixamp Pros to be chained together using Astro’s proprietary daisy chain cables so all of their audio can be captured while streaming

For those who aren’t interested in the Mixamp’s functionality, you can also purchase the A40 TR sans Mixamp for about $100 less. While we still recommend the Mixamp Pro, the A40 TR can hold its own against the competition without it. Aside from the excellent sound and mic performance, the headset itself sports some cool features, including Dolby 7.1 virtual surround and a unidirectional noise-canceling mic. You can even transform the open-backed headset into a closed-backed model with noise-canceling, though this requires an extra purchase of Astro’s mod kit.

Why should you buy this? SteelSeries has been a favorite of PC players for years, and their console offerings don’t skimp on quality.

Who’s it for? Gamers who want a versatile headset they can wear in public.

Why we picked the SteelSeries Arctis 9X:

Where the Turtle Beach Stealth 700 once was, now stands the SteelSeries Arctis 9X. After years of dominating in the PC space and getting the name out there with several premium controllers, SteelSeries is now a proper name in the console headset race. Just like the former product, it uses the proprietary Xbox Wireless technology, making it just as easy to set up as a regular controller without the need for extra wires, DACs, and power adapters.

The SteelSeries Arctis 9X may look bulky on the outside, but premium cushions and a sleek black design with geometric green accents make it stylish enough to take on the move – which you’ll probably want to do when you hear the quality of the sound its 40mm drivers can pump out. Its simultaneous Bluetooth connection means you can even hook it up to your phone while you play something like Rocket League on your TV and mix the two sound sources at will. At 20 hours of battery life, twice that of the Turtle Beach Stealth 700, it even competes with the best of the best wireless headphones you often see on trains, planes, and buses. Not bad at all. The Discord-certified bidirectional and retractable noise-canceling microphone should also help you stick it to your mates when they try to blame you for any audio feedback. Wear that endorsement like a badge of honor.

Why should you buy this? It’s more versatile, features better performance than headsets that are twice as expensive, and is often on sale.

Who’s it for? The budget-minded gamer.

Why we picked the Corsair HS50:

The Corsair HS50 is the most affordable of our Xbox One picks, and while that’s great news for anyone on a tight budget, even big spenders will want to consider this model.

The Corsair HS50 uses a 3.5mm wired connection, which means not only does it easily plug into your Xbox One controller, it’s also compatible with the PlayStation 4, PCs, Nintendo Switch, and mobile devices — you won’t find that kind of versatility in a wireless model. The Corsair HS50 also provides excellent sound quality that rivals that of other headsets costing two or three times as much — if not more.

Since it’s a wired model, there are some trade-offs, however. Due to its single 3.5mm connection, the Corsair HS50, unfortunately, lacks virtual surround sound. Thankfully, the stereo mix offers accurate positioning even without DSP assistance. To top it off, the headset sports an attractive, minimalist design, with a detachable mic that makes it possible for it to double as a pair of headphones in a pinch.

We won’t pretend there aren’t benefits to opting for a pricier pick, including the luxury of wireless freedom, but the Corsair HS50 makes a strong case that even a modestly priced, entry-level headset can work for just about everyone.

Why should you buy this? You’ll get a comfortable, great-sounding headset without going broke.

Who’s it for? Those on a tighter budget looking for a wireless option.

Why we picked the PDP Afterglow AG 9+:

PDP’s Afterglow AG 9+ is a great wireless headset, and best of all, it manages to make a strong impression despite being in the sub-$100 price range. The primary reason for this is a solid audio performance. While the mix can be a bit top-heavy at times — favoring the treble and midrange over the bass — it’s still a great audio device overall. Unlike some wireless headsets, there’s practically no wireless hum, which becomes especially welcome during quieter listening moments. No one wants to be exploring The Witcher 3‘s Island of Skellige with an annoying buzz along for the ride.

While the aesthetics are less than subtle (something that afflicts many gaming headsets, to be fair), the build quality is top-notch, providing heft and sturdiness that is often woefully absent from other headsets in this price range. Like the Corsair HS50, the Afterglow Ag 9+’s mic is removable, which is helpful for instances you don’t need a mic and want it out of the way. We like the simple, on-ear volume and mic controls, too. Perhaps the most impressive thing about the Afterglow AG 9+’s design, however, is the comfort of the earcups and headband padding. These generously padded sections feel more like soft fabric upholstery than thin leather or polyester. The fabric is light and breathable, keeping your ears cool during long-haul gaming nights.

Speaking of long playing sessions, the Afterglow AG 9+ has a 15-hour battery life and can seamlessly swap to a wired connection for charging simultaneously.

Like we do for all the products we test, we put gaming headsets through the wringer. We judge based on their audio performance, mic performance, wearability, and, if necessary, battery life and wireless connectivity. We play games of various sound experiences to ensure the headsets will sound great during frenetic action sequences, as well as quieter moments. We also listen to non-gaming audio and videos, including a selection of music from various genres at differing bit rates to discern whether the headsets perform well outside of a gaming context.

For mic testing, we record clips of ourselves speaking in quiet and loud environments, with any noise canceling or enhancements toggled on and off. We use the headsets over multiple days, wearing them while gaming, watching videos, or listening to music to test the veracity of battery life claims and/or appraise their long-term wearability and comfort.

Apple's iPhone 12 Pro won't blow you away, but it's a fantastic update to the brand's already great lineup of
Read more

Just $179 buys you the Amazfit GTR 2, and it's much better than the low price suggests, with much needed improvements made to the software over older models.
Read more

Looking for the best Black Friday printer deals? We've got 'em all right here, along with some shopping tips.
Read more