Spotify is going to start using targeted advertising for podcasts 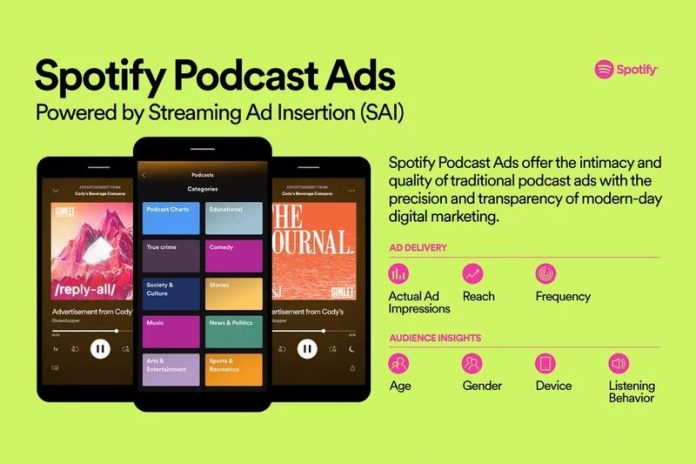 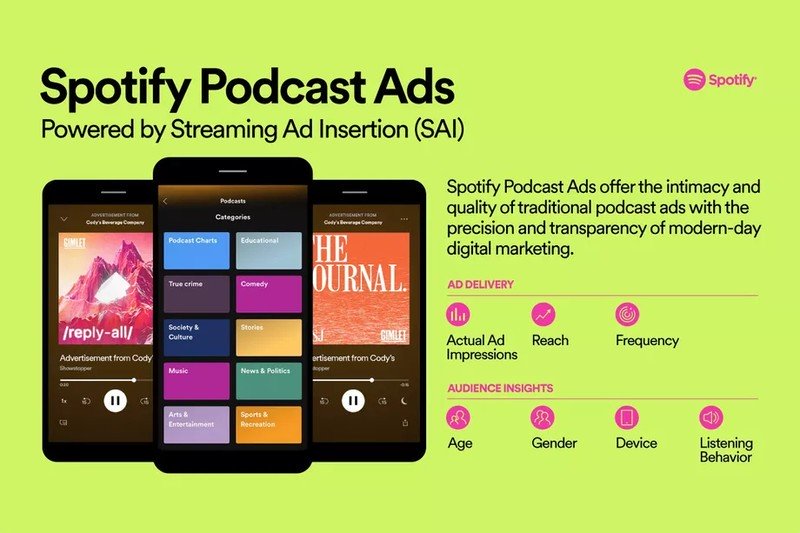 Spotify is on its way to becoming a podcast network.

Spotify is going to start using targeted advertising for podcasts, according to a report from The Verge.

Spotify is going to start using its copious amounts of user data to run targeted ads inside its exclusive podcasts. Targeted advertising remains new ground for podcasts, and the announcement sets Spotify up to potentially branch out beyond its own shows and begin placing ads in other networks’ content. If it catches on, Spotify could become a full-blown podcast ad network.

With technology it’s calling Streaming Ad Insertion, Spotify says it’ll begin inserting ads into its shows in real-time, based on what it knows about its users, like where they’re located, what type of device they use, and their age, similarly to how the broader web operates. Spotify already automates dynamic ad insertion on the music side of its business, it’s now expanding and improving that tech for podcasts.

The news means that users listening to the same podcasts will start to hear differents ads, targeted at them based on interests, age, gender, location, and other data points. It is reported that brands that use Spotify’s targeted ads will also receive more detailed data in return in comparison to typical podcast ads, and will include how many times listeners heard an ad, reach and anonymous insight.

The Verge notes Spotify’s unique position in that it has much more data on its users than most podcast players thanks to what it knows about their music tastes. Up until now, most podcasting advertising has been included within the podcasts themselves, so that companies could insert ads as people listen and track their effectiveness that way. Users who download podcasts on Spotify will not hear targeted ads, as it requires a live server connection.

According to the report, Spotify says that “very few customers” download episodes, and that in the cases where people do download, it will revert to its current method of advertising, which is predetermined.

The report notes that currently advertising to podcast listeners is pretty cloudy, with data coming from lots of different places including surveys, and success is measured in many different ways.

Spotify has made it clear that podcasting is an area where it sees a huge potential for growth. The company invested in multiple podcasting startups last year to build out a catalog of exclusive shows, and unlike its music business, Spotify doesn’t have to pay a label every time someone listens to one of those episodes. Spotify only has the upfront cost of creating podcast episodes, which are typically relatively cheap to make, and then it can continue making money off its back catalog. (Premium users also hear podcast ads, unlike when they listen to music.)

It could be that offering more targeted podcasting advertising could put Spotify ahead of other networks, with content creators and advertisers likely to be attracted if Spotify can prove that its advertising is more effective than other networks, pushing prices and custom up. However, what remains to be seen is whether some users may choose to start downloading their podcasts in order to keep themselves distanced from targeted advertising.