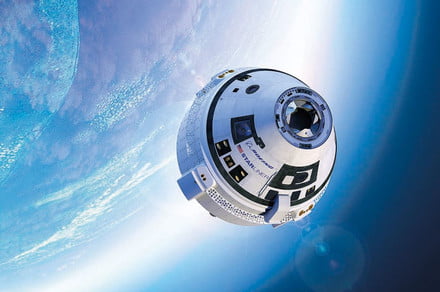 Boeing’s first Starliner orbital test flight might not have gone as planned, with the craft failing to reach the correct orbit and dock with the ISS, however, there’s still plenty to be learned from the test. Boeing has released a video of some of the highlights of the event as captured by four interior cameras, showing the capsule and the view from the window as the flight launched, entered orbit, and touched down again.

In the first few seconds of the video, you can see the launch and ascent, with the capsule shaking inside due to the strong forces generated by the launch. Although it looks like there’s a person sitting in the cabin, the flight was in fact unmanned. The shape you see is a test dummy, dressed as an astronaut would be and seated in a seat in the cockpit. This particular test dummy is named Rosie and is armed with a bandana under its helmet, named after feminist icon Rosie the Riveter.

The test dummies used in flight tests are more than just simple adjustable figures, however. Technically called Anthropomorphic Test Devices, they are fitted with sensors to monitor data points such as the G-forces experienced during the test. This helps engineers figure out what kind of stresses will be placed on the bodies of real astronauts when they take a similar trip. You might notice Rosie has a friend strapped in beside her to keep her company — a Snoopy plush with his own mini astronaut helmet.

At 43 seconds into the video, you’ll see the capsule reach max q — the point of maximum dynamic pressure in an aerospace launch. This is the point of the launch at which a spacecraft is at maximum mechanical stress, so it’s a key milestone for a craft to pass through in any flight test.

At 50 seconds in, you see the ascent cover jettison, which is an important step in preparing for the separation of the rocket and the capsule. Then you see the launch vehicle separation, and starting from 1 minute in you can see incredible views of the Earth as seen from space.

Things start to go awry at the 1:12 minute mark when the timing anomaly occurs. The thrusters begin firing after the anomaly, and the craft makes it to orbit, but not the correct orbit that was desired.

Other highlights shown include the Earth and moonrise as seen from the capsule, and then the dramatic atmospheric re-entry, parachute deployment, and touchdown process which occurred several days later.

Boeing announced it would release more onboard footage from the test in the future.