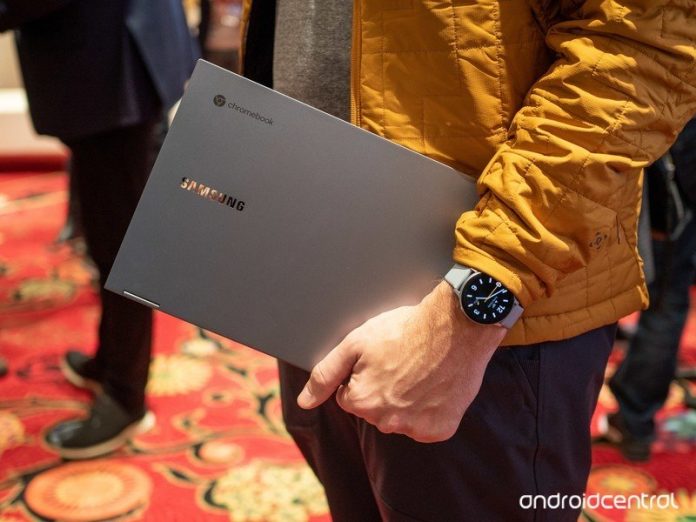 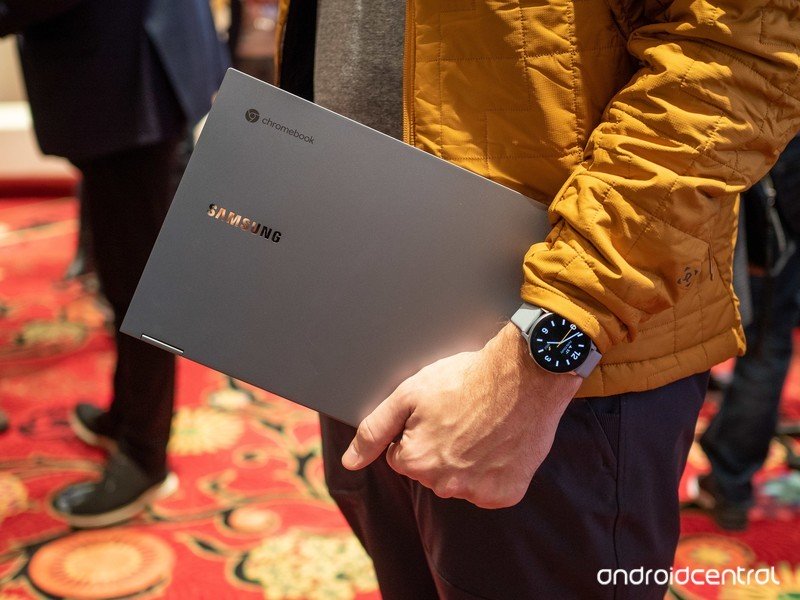 This is the top-tier Chromebook Google’s putting its support behind in 2020.

Samsung certainly isn’t the biggest player in Chromebooks, considering it has released so few models, but it still manages to release laptops with the operating system relatively frequently. The latest is the Galaxy Chromebook, a true high-end machine that has Google’s full support as the flagship Chromebook of the moment.

There’s no question about it: this is Samsung’s best-ever Chromebook by a longshot, and an exceptional piece of hardware and design regardless of operating system. And starting at $1000, Samsung has it priced to match — but for that money you’re getting a whole lot.

As expected, Samsung nails it with the display; the 13.3-inch panel is the first 4K AMOLED screen in a Chromebook, and it looks wonderful. It’s bordered by sub-4 mm bezels, is a touch screen and also works with a stylus that silos in the side of the laptop.

There’s no question about it: this is Samsung’s best-ever Chromebook by a longshot.

The rest of the hardware keeps up with the price. The 2.3-pound aluminum build feels solid, is under 10 mm thick, and is sleek and chiseled in all the right places. It’s a relatively simple and understated design that focuses on swaths of flat surfaces and tight angles, but you’ll absolutely stand out if you go with the red color option (with two-tone silver sides) over the subdued grey most will buy.

The hardware is also filled with the specs and little extras you expect for the money. A 49.2Wh battery should provide great longevity, the keyboard is backlit (although it was very soft in my short time with it), there’s a fingerprint sensor, and the trackpad is huge and responsive. You get 8GB of RAM (16GB is optional), a 10th-gen Intel Core i5 processor and up to 1TB of storage.

With specs, design and a price like this, you could throw a Google logo on this laptop and it would fit in perfectly as a Pixelbook replacement. But it distinctly isn’t a Google laptop — and going a step further, Samsung has chosen its most important brand name, Galaxy, for this Chromebook. And yet Google’s fully behind it to promote the Galaxy Chromebook as the top-end Chromebook of the year.

Google isn’t making a Pixelbook 2, so this is the laptop we get instead.

Speaking with Google’s Kan Liu (Sr. Director of Product Management for Chrome OS), he was very candid about where Google sees its own Chrome OS devices compared to partners. For him, working with Samsung to make sure the Galaxy Chromebook was the best possible laptop to carry the high end of the Chromebook market was more important than Google pushing to release its own Pixelbook 2. The Pixelbook outsold Google’s expectations, but even still it was never going to get the sort of traction that a laptop from an incredible brand like “Samsung Galaxy” will.

Yes there’s something special about a Google Chromebook, but the Galaxy Chromebook is by all indications an excellent spiritual successor to the Pixelbook in terms of build quality, design, specs and capabilities. And considering the way Chrome OS is managed and updated, you’re not missing out on any Google-specific features or traits by getting a Samsung. But you are getting a really nice piece of hardware and set of specs that will make Chromebook fans drool.

Microsoft confirms ‘special event’ where we could see ChatGPT-powered Bing