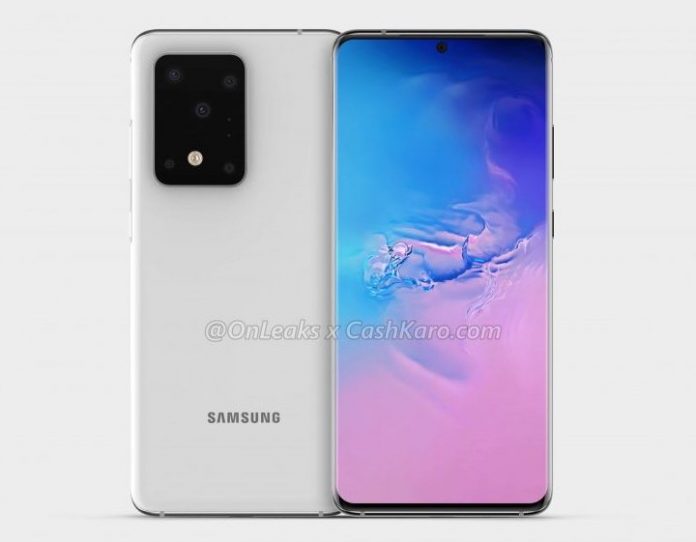 Samsung this weekend announced that its next event will take place on Tuesday, February 11, 2020, with the South Korean company set to unveil new smartphones that will compete with Apple’s iPhone 11, 11 Pro, and 11 Pro Max.

Samsung is expected to launch a trio of Galaxy S11 smartphones, which will be the company’s new flagship devices when they debut, plus there’s been talk of a new foldable smartphone that will rival the Motorola Razr.

Rumors suggest the new smartphones will feature a design similar to the Galaxy Note 10 with a hole-punch cutout at the top of the display. Screen sizes are rumored to be 6.4, 6.7, and 6.9 inches.

Features are said to include 5G connectivity, a four camera array with a 108-megapixel camera, 5x optical zoom, a 5,000mAh battery, a 120Hz display, and facial recognition capabilities. Rendering of alleged Galaxy S11 Plus
Samsung’s event will take place at 11:00 a.m. Pacific Time at the Palace of Fine Arts in San Francisco, with Samsung planning to offer a live stream on the Samsung website.

We’ll have coverage of the event as it is interesting to take a look at what new features Apple’s competitors are unveiling to compete with the iPhone.