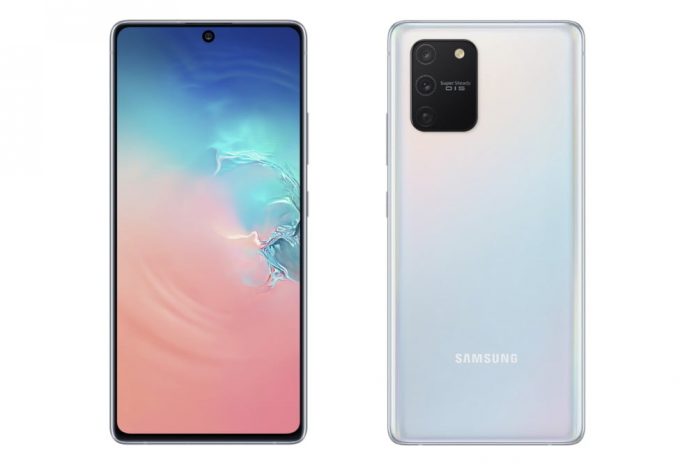 Samsung is introducing two new Galaxy smartphones ahead of the forthcoming Consumer Electronics Show: The Galaxy S10 Lite and the Galaxy Note 10 Lite. The new phones are built to offer flagship features at competitive prices. With these new devices, the South Korea-based phone maker is also stepping out of its usual launch cycle — a move likely aimed at combating the competition from Apple’s iPhone 11, iPhone XR, and the rumored iPhone SE 2.

The new Galaxy S10 Lite and Galaxy Note 10 Lite are largely identical except for their rear cameras and processor. Both come with a 6.7-inch 1080p hole-punch OLED screen that has a tiny cutout at the center to house the selfie camera.

On top of that, you’ll find a 4500mAh battery coupled with fast-charging over USB Type-C, a 32-megapixel selfie camera, 6GB or 8GB of RAM, an in-display fingerprint scanner, and 128GB of internal storage. Both also offer Android 10 (overlaid with the company’s own custom skin, of course) out of the box.

The Galaxy S10 Lite (which is not to be confused with the Galaxy S10e that’s meant more for smaller hands) is powered by Qualcomm’s former flagship chipset, the Snapdragon 855, while the Galaxy Note 10 Lite runs on Samsung’s own Exynos 8895 SoC.

The defining differences between the two lie inside their rectangular three-camera bumps on the back. The Galaxy S10 Lite has a 48-megapixel primary camera, a 5-megapixel macro lens, and a 12-megapixel ultra-wide shooter. Plus, it has an exclusive software feature called Super Steady OIS, which, as its name suggests, lets you take relatively steadier videos.

The Galaxy Note 10 Lite, on the other hand, carries a 12-megapixel Dual-Pixel camera paired with 12-megapixel ultrawide and 12-megapixel telephoto sensors. Being a Note, its standout perk is the S-Pen stylus, which also doubles as a wireless clicker.

While the new phones do seem promising, Samsung hasn’t yet shared their most important trait — the pricing. Considering the company has nearly half a dozen flagship phones already and a handful more coming up in February, it’s possible that Samsung may end up discontinuing a few of its existing models to make room for the Galaxy S10 Lite and Galaxy Note 10 Lite.

Facebook
Twitter
Pinterest
WhatsApp
Previous articleThe ThinkPad X1 Carbon and X1 Yoga get updated with 500-nit, 4K displays
Next articleThe Dell XPS 13 is the best laptop – and it’s on sale now for $170 off