HomeNewsRing in the new year with a calendar of lesser-known Hubble space...
News 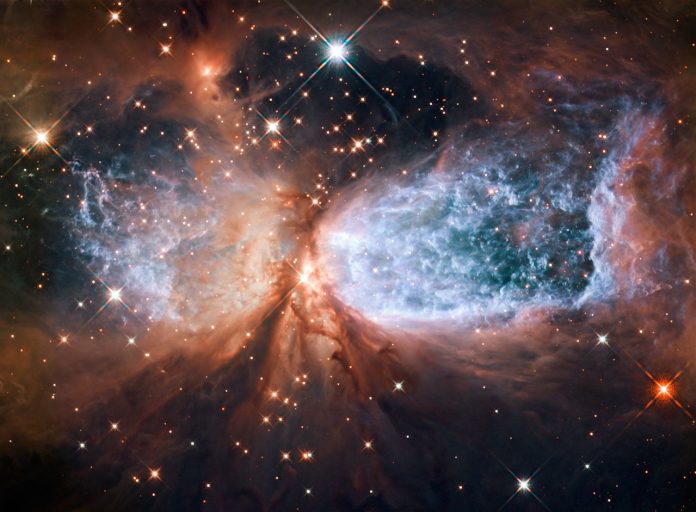 This image from the NASA/ESA Hubble Space Telescope shows Sh 2-106, or S106 for short. This is a compact star-forming region in the constellation Cygnus (The Swan). A newly-formed star called S106 IR is shrouded in dust at the center of the image and is responsible for the surrounding gas cloud’s hourglass-like shape and the turbulence visible within. Light from glowing hydrogen is colored blue in this image. NASA & ESA

The Hubble Space Telescope has produced many famous images, capturing cosmic wonders from the Pillars of Creation to the Bubble Nebula. Many of these famous images are found in Hubble’s Top 100 Images, and pouring over these stunning views is a delightful way to spend an afternoon.

But there are also plenty of Hubble images that aren’t so well known but are just as captivating and informative. To celebrate the arrival of 2020, researchers from the European Space Agency have put together a free downloadable calendar featuring 12 of Hubble’s loveliest but little-known images.

The images were selected from 30 “hidden gems” found in the archive of Hubble pictures which were posted to social media last year. The most popular images were added to the calendar, which celebrates 30 years since Hubble was launched.

The beautiful image above is the featured picture for June, showing the “turbulent surroundings” of compact star-forming region Sh 2-106 in the constellation of Cygnus. The image was created by combining two sets of data, one taken in the infrared wavelength and one in the visible light wavelength which picks up the hydrogen gas glowing blue when excited.

Other stand-out images are a stunning view of Saturn showing off the planet’s rings and moons, which is the image for July, and a colorful image of the spookily-named Tarantula Nebula which is the image for November. This region of the Large Magellanic Cloud is full of ionized hydrogen gases, making it ideal for the formation of new stars, and with its large number of stars, it is the most luminous nebula of its type in the nearby universe.

The calendar is available for free from the Hubble website, and there’s also a high-quality printable version available if you’d like to hang a copy up in your house, so you can look at the wonders of the universe every day.