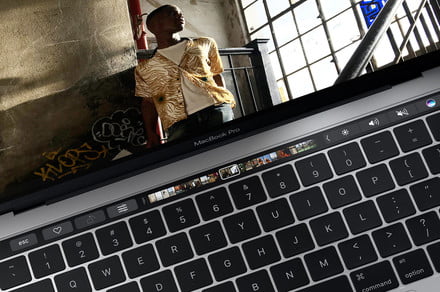 If you’re in the market for a MacBook, you’re normally looking at a minimum price tag of at least $1,000. Get the MacBook Pro with a Touch Bar — Apple’s touch-sensitive OLED control strip — and a wallet-gouging price is all but guaranteed.

That’s what makes this deal we’ve spotted on Amazon all the more remarkable. Right now, you can get a renewed MacBook Pro 13 with the Touch Bar for just $896, which is far, far below its normal asking price.

In fact, this MacBook deal saves you an enormous $903 over the regular asking price of this particular model. While not quite the lowest-ever price for this MacBook Pro with Touch Bar, it’s still one of the best asking prices we’ve ever seen it go for, making now the perfect time to dip your toes into Apple’s control strip world.

So, what exactly do you get for your money? Well, this MacBook Pro 13 comes with a 2.9GHz dual core Intel Core i5 processor, 8GB of memory, and a 256GB SSD. You also get four super-speedy Thunderbolt 3 ports and Intel Iris Graphics 550, plus the Touch Bar.

The Touch Bar is an OLED strip that runs along the top of the MacBook Pro’s keyboard. It provides you with quick access to a range of shortcuts (like adjusting the screen brightness or volume), as well as app-specific controls that help speed up your workflow. Although it’s not quite lived up to its potential, we’ve rounded up a list of the best Touch Bar apps to help you take it to the next level.

The only real catch is that this deal applies to the 2016 model of the MacBook Pro with Touch Bar. Still, this is an excellent way to get a MacBook Pro with the Touch Bar that’ll still perform admirably without having to shell out the for the latest model.

You might be wondering what Amazon means when it describes the MacBook Pro as “renewed.” In short, this means the seller has taken a used model and fixed it up, replacing any faulty parts and cleaning it up before reselling it. The goal is to have it functioning like new and in much better condition than a regular used product.

Getting a like-new MacBook Pro with the Touch Bar for over $900 off isn’t something that happens every day — in fact, we’ve almost never seen a MacBook Pro deal this good — so now’s a great time to upgrade if you’re on an older model.