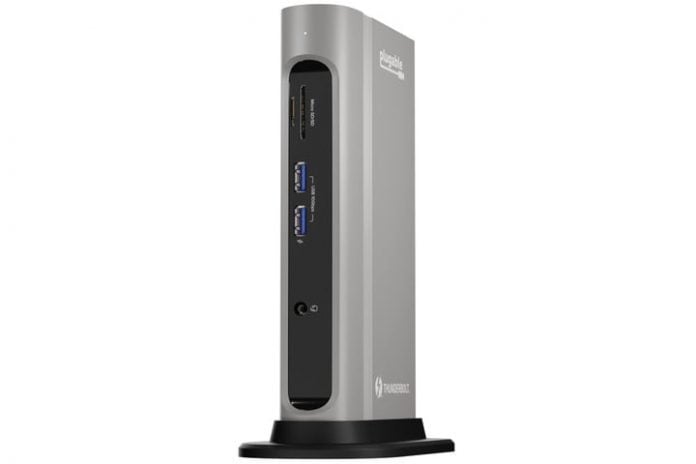 Next, Plugable’s USB-C to HDMI adapter arrives in the second quarter for $40. It features a male USB-C connector on one end and two female HDMI 2.0 ports at the other end. It supports multi-stream transport (MST) via DisplayPort 1.4 to transmit data up to 25.9Gbps. That means you can connect two displays running 4K resolutions at 60Hz.

“Thanks to this specific combination of DisplayPort and HDMI technologies, users can extend their laptops or phones to two 4K displays at resolution and refresh rates that were previously unattainable thanks to its DisplayPort 1.4 capabilities,” the company said in a press release.

Finally, the company’s USB-based Ethernet adapter relies on Realtek’s RTL8156 chipset to deliver data transfers up to 2.5Gbps. It sports a native USB-C connection and an attached USB-A adapter. This adapter arrives in the second quarter for $50.