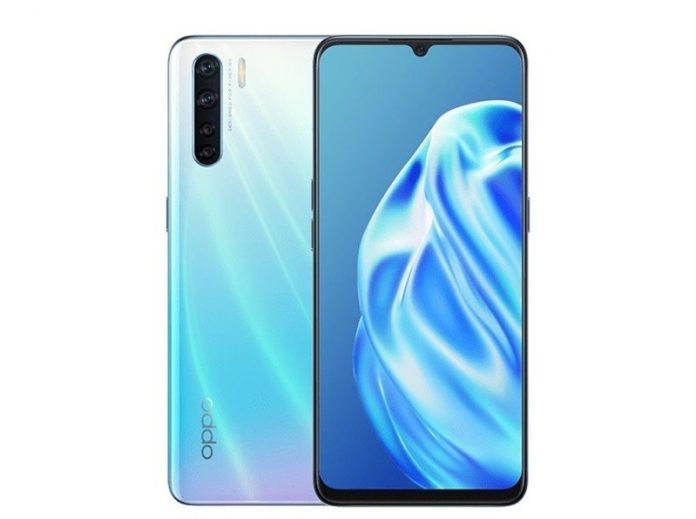 The phone’s “In-display fingerprint 3.0” is claimed to be 45% faster than the previous generation. OPPO today launched the latest addition to its F series smartphone lineup in India. The new F15 isn’t a massive upgrade over its predecessor but does bring a few new features and a more refined design.

The latest F series smartphone from OPPO has been priced at ₹19,990 ($282) in India and comes in just a single variant with 8GB of RAM and 128GB UFS 2.1 storage. It will be available in Lightning Black and Unicorn White color options starting January 24 via Amazon.in, Flipkart, as well as the company’s own online store. Launch offers include one-time screen replacement and 10% cashback on purchases made using HDFC cards.

OPPO F15 comes with a 6.4-inch FHD+ AMOLED display with a 20:9 aspect ratio and an in-display fingerprint sensor. Running under the hood is an octa-core MediaTek Helio P70 chipset with a Mali-G72 MP3 GPU. At the back of the phone is a quad camera setup featuring a 48MP primary sensor, an 8MP ultra-wide-angle lens, 2MP macro lens, and a 2MP depth sensor for portrait shots. The phone’s 16MP selfie camera is housed within the waterdrop notch at the top of the display.

Keeping the lights on is a 4,000mAh battery with support for OPPO’s VOOC 3.0 fast charging technology. The OPPO F15 also includes a USB Type-C port and a dedicated microSD card slot for storage expansion. What may disappoint some buyers, however, is that the phone runs on Android 9 Pie with ColorOS 6.1.2 running on top.

OPPO teams up with Pixelworks to build brighter, smoother displays

Building a proper base in No Man's Sky has never been easier, but it's still a lot of work. Here's how to take your first steps toward your dream home in space.
Read more

Fortnite tips and tricks for beginners

Fortnite is one of the most popular games ever, but learning to master it isn't as easy as you'd think. Here, we'll highlight some tips to get you started.
Read more

If you want to get your hands on the best Android phone in 2020, the Samsung Galaxy S20 FE is
Read more