HomeNewsNreal Light is the first set of Mixed Reality glasses actually worth...
News 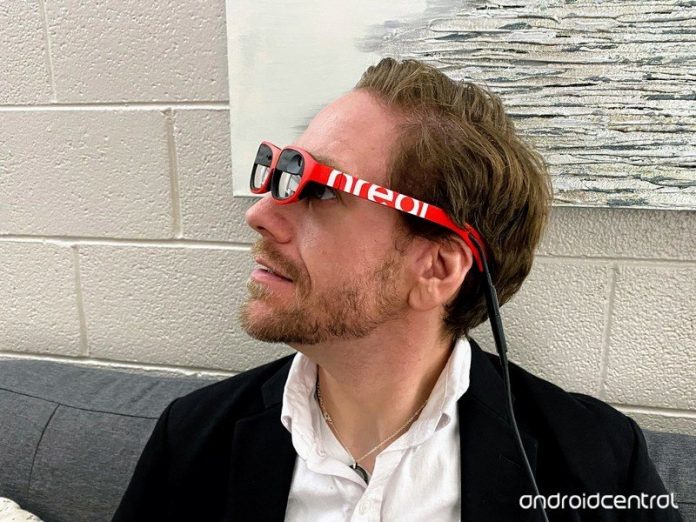 Finally, Mixed Reality is starting to get good enough for people to enjoy at home. 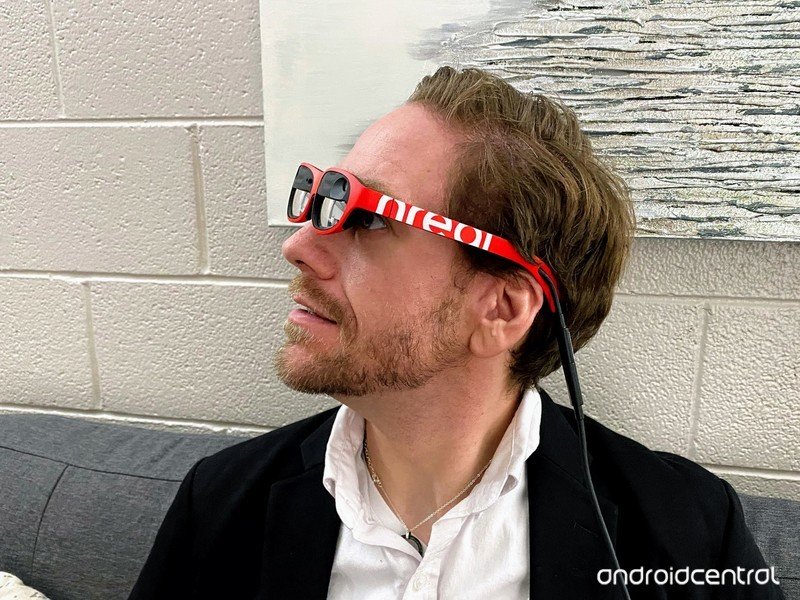 I was a Day One adopter of Google Glass, complete with the four-hour bus ride to NYC for a custom fitting and all of the awkwardness which followed. I immediately saw a future where computing would happen in front of my eyes, instead of down on a screen. I have continued to be incredibly excited by that future. Google lacked the ability or the willpower at the time to have an honest conversation about privacy, and so Glass never really left the commercial space. The current spectrum of wearable computing runs the spectrum from the incredibly passive yet stealthy Focals by North to the massive yes highly functional Microsoft Hololens. But for me, nothing in that spectrum has yet felt ready for someone to casually use in their day to day lives.

After a demo with the final release hardware, Nreal Light has very nearly convinced me this the thing for which I’ve been hoping. 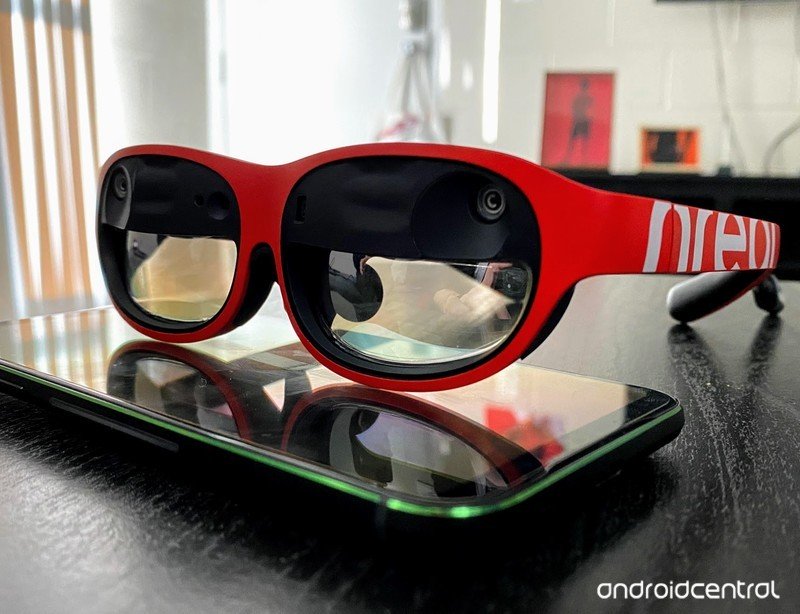 Unlike fully standalone platforms like Focals or Oculus Quest, Nreal Light is designed to be tethered to something via USB-C. Historically, I would have avoided experiences like this. Having a cable attached to you restricts mobility and decreases immersion, neither of which you want for long term use. But when you connect your phone to Nreal via USB-C, it’s not just the “brain” powering the headset; it’s a massive part of the experience.

Any Android app on your phone right now, you can use it in this headset.

Your phone becomes the controller in Mixed Reality, allowing you to point it like a laser pointer and tap anywhere on the screen to select or scroll with ease. It felt so natural to wander through this UI with my phone like a remote control, and it was simple enough that I never really needed to look down at my phone to figure out which button to push. The entire 3D home screen environment, which Nreal calls Nebula, felt immediately familiar and friendly as I wandered through my apps in search of something to do.

The list of things you can do right now in Nebula is basically everything you already have on your phone plus a few more specialty apps. Choose any Android app on your phone right now; you can use it in this headset. Just choose your favorite and dock it somewhere in your space. Multiple apps run simultaneously with no problem; I had YouTube open like it was a 200-inch TV on my wall, and when I glanced to the left, my Instagram feed was right there for me to enjoy. It’s not difficult to imagine adding a Bluetooth keyboard to this setup and know I could sit anywhere and have a full desktop workspace just by putting these glasses on. 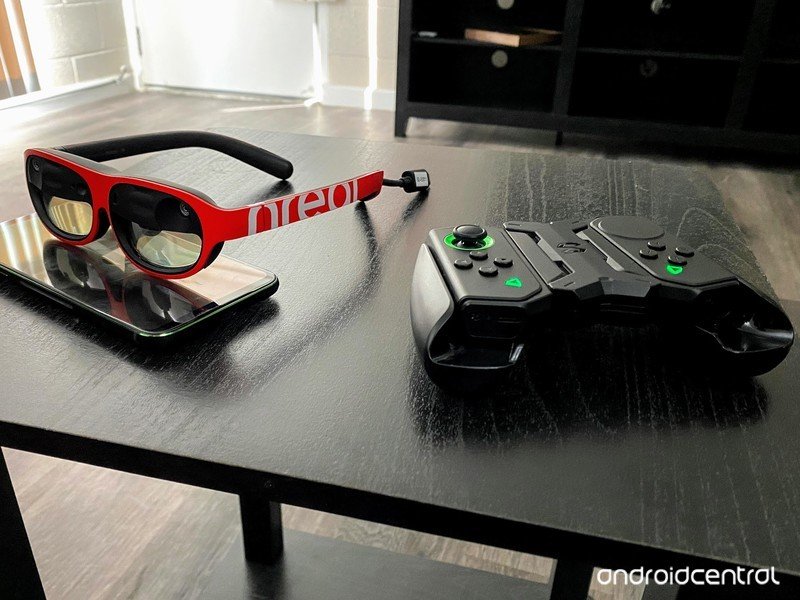 It’s not a requirement to use your phone or a keyboard to interact with these glasses. I spent some time playing a game with a Finch gamepad, and there are Oculus Quest-like Bluetooth controllers you can use if you want to fully move around in a space and interact with the experience like it’s VR. Nebula’s interface includes several fully 3D apps, including some games that you play in the whole area you are in. Set up a Street Fighter-esque arena on a coffee table or turn your entire living room floor into a zombie hellscape to fling bombs at, and the headset will effortlessly make you feel like you’re somewhere else for a while.

Nreal Light is an incredible experience from beginning to end.

There’s potential for this to be a lot more than just games and videos. One of the demos Nreal is offering at CES is a shopping experience. A handful of models appear on the table in front of you, and when you pick one up, you can place it in your space and see it grow to your size so you can thoroughly inspect everything the model is wearing. You can place multiple models side by side to compare different outfits, and when you find something you like, you can add to cart and check out right from the headset. Just like apps on your phone that let you preview virtual furniture in your house before buying, being able to see clothes on an actual person in 3d space makes a huge difference. It allows you to be confident in buying something online from a retailer you’ve never purchased from before. Nreal does a great job showcasing how simple and familiar Mixed Reality can be for anyone to use, which is perfect for seeing more people get excited about it.

The version of Nreal Light I used during my demo is feature-complete from a hardware perspective, but the software is still not 100% there yet. Nreal headsets have only recently started shipping Developer Kits, despite having been showing versions of this headset off for a whole year now, and a lot of that is due to unstable software. While there’s no firm date for this consumer model to ship, the demo failed three times in different ways across a 45-minute experience. That’s obviously not ready for consumers, but the real test will be when the software is considered ready to ship by Nreal.

Like any Mixed Reality headset, the Field of Vision (FoV) inside the headset isn’t exactly as thrilling as what you’ll see in the promo materials. For example, here’s one of the images Nreal is sharing from its press kit for what to expect inside the headset, next to a screenshot I captured of the home screen. 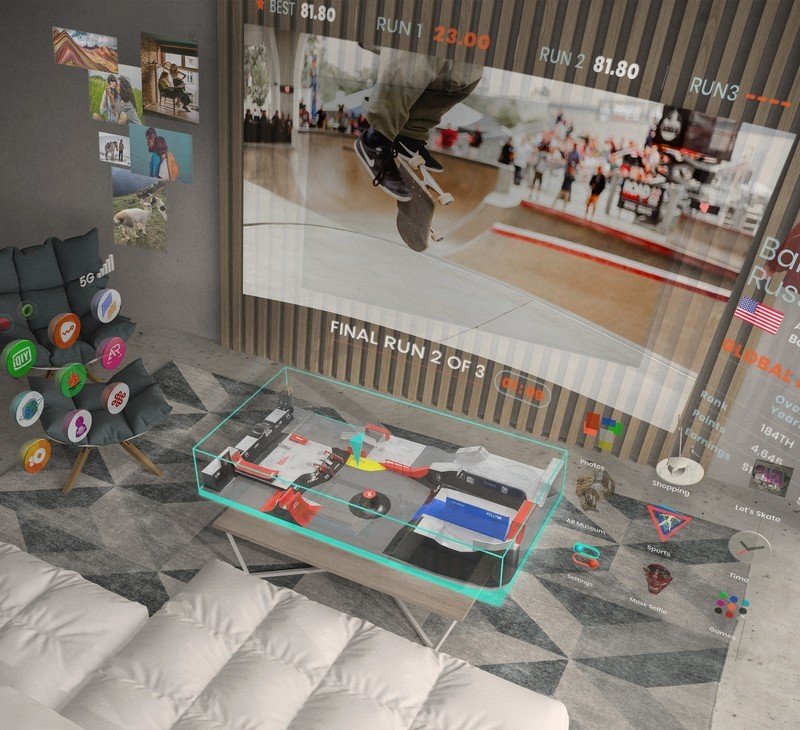 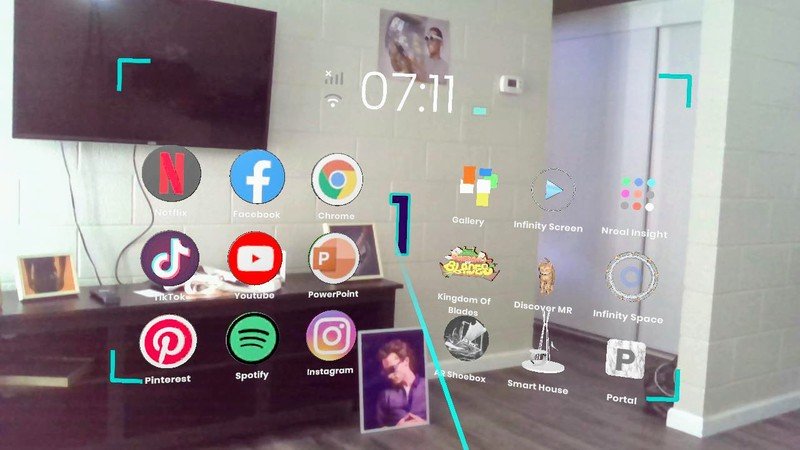 There are two essential things to note here. First, the screenshot is limited by the 5MP RGB camera on the headset, and so the 720p image you see here isn’t as sharp as what I saw in the headset. Second, the menu system you see in this screenshot is the entire FoV area. If I move my head around, there’s more to see, but you don’t get a full room of incredible Mixed Reality things to dazzle your eyes like you see in the promo materials. I don’t think this is a deal-breaker by any stretch, but it is worth pointing out.

At $499, Nreal Light is an incredible experience from beginning to end. It’s so much closer to that day-to-day Mixed Reality experience I have wanted for so long, and it’s not impossibly expensive either. If Nreal can deliver on some of its software stability promises, this is going to be a genuinely impressive experience a lot of people will be able to get their hands on very soon.