Nanox is basically the high-tech hospital bed from Star Trek 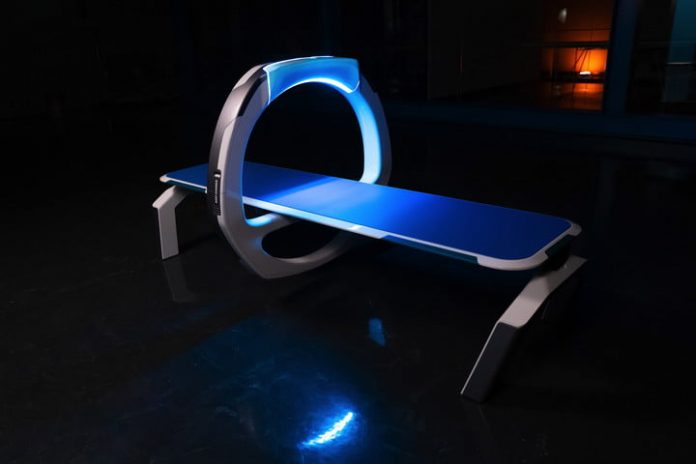 Israeli company Nanox wants to take the standard issue X-ray machine into the future — and it has turned to a design straight out of Star Trek to help it achieve that goal.

Called the Nanox Arc, this Star Trek biobed-looking medical imaging machine promises to make medical scanning available to people around the world at a significantly lower cost and with a much smaller footprint than current machines. Rather than the daunting CT scans found in today’s hospitals, the Nanox Arc is a portable bed, intended to make the patient feel more at ease while scanning is carried out.

“Nanox has achieved the world’s first commercial-grade digital X-ray source, without the use of heat,” Ran Poliakine, founder and CEO of Nanox, told Digital Trends. “This X-ray device enables pulsating electron beams, versus the continuous radiation of X-rays used today. Building a silicon-based ‘electron nano gun’, placed on a silicon chip, has made Nanox’s method more efficient than the traditional way of heat-based filaments.”

Without the need to produce heat, the “cold cathode” can be made between 70-90% smaller. This also reduces the cost. “This enables us to use multiple tubes in a stationary tube array, and not rely on one or two tubes in a rotating gantry,” Poliakine continued. “This ‘no moving parts’ solution, coupled with the cold electron nano gun, creates a medical imaging system that provides the same imaging capabilities of traditional X-rays, minus the cost and radiation.”

Nanox believes that its Nanox Arc tech could play a key part in making medical imaging more readily accessible to people around the world. (It’s also introducing a revolutionary pay-per-scan approach to scans, which means hospitals would not have to buy machines outright.)

Oh, and as for that resemblance to the Star Trek biobed? It’s totally not a coincidence. “The Starfleet’s unsung hero allowed doctors to assess and diagnose their patients in minutes, and allowed them to conduct any medical imaging scan necessary, efficiently,” Poliakine said. “The biobed served multiple purposes, and that is exactly what we are aiming to achieve. We want the Arc to be accessible, portable, easy to operate and focus on what’s important: the patient.”