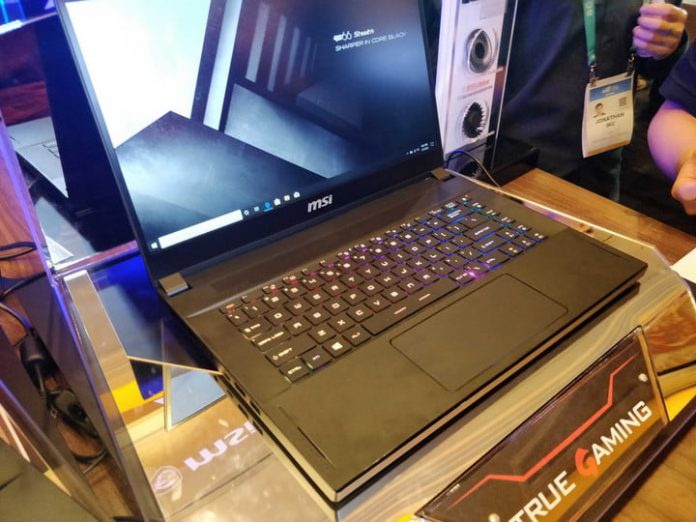 At CES 2020, MSI has given its high-end and popular GS65 gaming laptop a big refresh, adding power and performance to the notebook while retaining the laptop’s slim and sleek lines. The star of the show is the blazing-fast 300Hz refresh rate, 15.6-inch FHD display that will compete with the screen on the Asus Zephyrus from last year.

The GS66’s all-black aesthetic is not unlike what we’ve seen on the competing Razer Blade. Compared to the prior-generation version, the build quality on this year’s model seems greatly improved. The GS66 feels more rigid, giving the laptop a more premium feel than its predecessor.

Under the hood, there are some notable performance upgrades that will make gamers happy. Intel’s 10th-Gen Comet Lake Core H processor paired with Nvidia GeForce graphics will allow this laptop to handle your gaming needs, while a beefy 99.9Whr battery, which MSI stated is the largest capacity that the Transportation Security Administration will allow to be carried on to a flight, provides more gaming time while you’re away from a power outlet.

To handle all this performance, MSI had also redesigned the thermal management system to ensure that the GS66 Stealth runs cool. The 0.1mm-thin fan blades are described as the world’s thinnest, and the fan design allows a 10 percent boost in airflow. In total, 67 fan blades help move cool air through the system. The laptop itself measures just 0.78-inch thick and weighs 4.4 pounds.

For an immersive gaming experience, the MSI GS66 Stealth comes with upward-firing speakers and two-sided passive radiators that deliver 15 percent more bass than the prior model. The new audio setup also delivers louder audio for those looking to upgrade from the prior GS65. The GS66 Stealth will be available later this year, but MSI did not reveal pricing details at CES.

MSI also announced a GE66 Raider edition that comes with some even nicer upgrades. Like the Stealth, the GE66 comes with a robust 99.9 Whr battery, though MSI did not reveal how much game time you can expect while unplugged. The GE66 comes with a new chassis with panoramic aurora lighting and a blazing-fast screen that supports a refresh rate of 300Hz.

Though the GE66 Raider comes with a sleek metal lid, the panoramic light bar in the front is a nice accented touch for gamers that still keeps the laptop  from beingoverly aggressive in its design. For those wanting a bit more customization, there are limited-edition models created in collaboration with digital artist Collie Wertz that feature artwork from films such as Trasformers, Iron Man, Star Wars, and more.

Gamers requiring more keyboard control will be happy to know that every key on the MSI GE66 Raider can be remapped into macro keys.