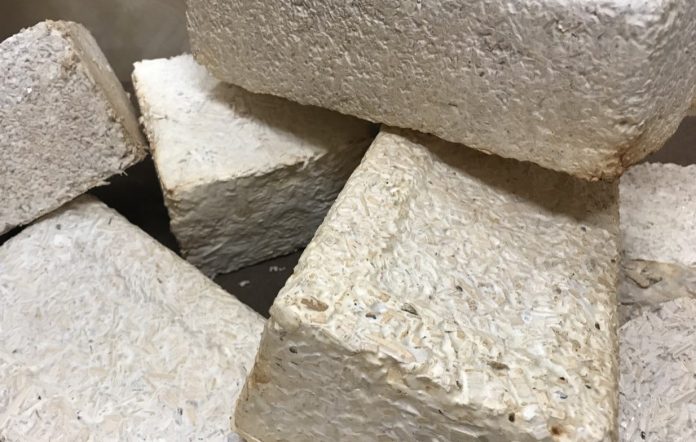 Potential future inhabitants of the moon and Mars could live in rooms made of mushrooms. NASA is looking at the possibilities of fungi as a more sustainable option to metal and glass.

NASA’s myco-architecture project is using mushrooms as the building blocks for its prototypes of how future space habitats could be built. The fungi would be able to grow around an already-established framework by just adding water.

The project’s primary focus is on the underground threads that make up the main part of the fungus, known as mycelia. Mycelia are capable of growing, replicating, and repairing themselves, so it’s a potential solution to efficient space construction.

“Right now, traditional habitat designs for Mars are like a turtle — carrying our homes with us on our backs – a reliable plan, but with huge energy costs,” said Lynn Rothschild, the principal investigator of the project, in a press release. “Instead, we can harness mycelia to grow these habitats ourselves when we get there.”

“Bricks” made out of mushrooms 2018 Stanford-Brown-RISD iGEM Team

The habitat would look like a three-layer dome, consisting of an outer layer of ice. The second layer would be made of cyanobacteria, which would use the sun shining through the ice and the water in the ice to photosynthesize. That layer would then produce oxygen for the final layer made up of the mycelia.

While the project is in its early stages and focuses solely on space, scientists are also looking into whether or not these ‘shroom rooms could be used here on Earth.

“When we design for space, we’re free to experiment with new ideas and materials with much more freedom than we would on Earth,” said Rothschild. “And after these prototypes are designed for other worlds, we can bring them back to ours.”

For instance, scientists have produced bricks made out of mycelium, yard waste, and wood chips. These materials would reduce the enormous carbon footprint of the construction industry if used instead of regular materials.

And aside from using ‘shrooms as building blocks, NASA says there’s also the possibility to use these microorganisms to filter water and for humidity regulation. Mushrooms can even be used to produce electricity without using fossil fuels.

We reached out to NASA to find out what the next stage of the myco-architecture project is, and we’ll update this story once we hear back.

Facebook
Twitter
Pinterest
WhatsApp
Previous articleHere’s why a 5nm iPhone A14 chip would be such a big deal
Next articleUsing the new Microsoft Edge browser on a Mac feels wrong, and I love it

Google Pixel 5: Everything you need to know before buying

The S20 FE is the most Android phone ever made, as well as one of the best.I get a lot
Read more

If you're looking for the best Roku streaming devices, then you've come to the right place! Roku has a bunch
Read more