HomeNewsLast chance to save up to 62% on HP laptops, printers, gaming...
News

Last chance to save up to 62% on HP laptops, printers, gaming PCs, and more 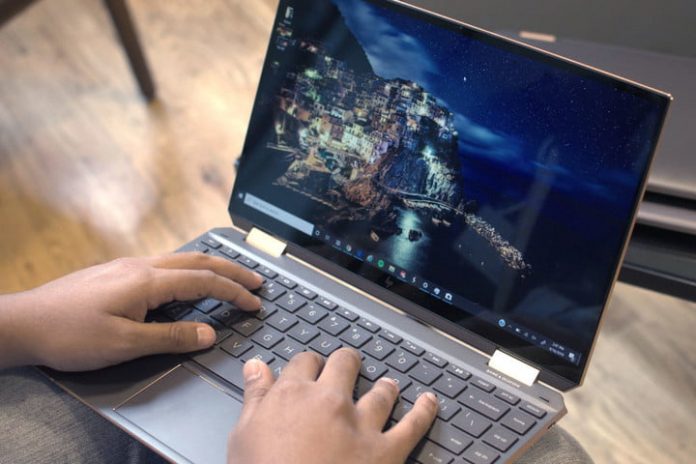 A fresh decade has dawned and the new year’s sales are here to ring in 2020, giving shoppers another chance to score some great deals on big-ticket tech items after 2019’s big holiday blowouts. HP regularly runs huge seasonal promos such as these, and its end-of-the-year Red Tag sale is still going strong — but only for a few more days. If you missed out on the best Black Friday and Cyber Monday deals, or if you’re just looking for goodies to spend your Christmas money on, you still have until January 4 to score some serious savings.

The HP Red Tag sale features discounts of up to 62% on all sorts of laptops, gaming PCs, desktop monitors, and more. We’ve pored over the sale offerings to pick out the best of the lot, which include more than a few of our own favorite 2-in-1 ultrabooks like the HP Spectre x360 (among others). The HP Red Tag sale only lasts until this Saturday, January 4, so if a hot deal catches your eye, be sure to jump on it before it’s gone.

HP has established itself as a titan in the world of Windows PCs and makes a number of the best laptops on the market today. More than a few are enduring favorites of ours, like the Spectre x360 13 which more or less represents the peak of modern 2-in-1 ultrabook design. Of course, HP also still cranks out many excellent computers for students, professionals, and general users who don’t need all the modern bells and whistles of a 2-in-1, and there are even a few gaming machines to be found in the brand’s laptop stable.

HP’s laptops cover the widest range of features and price points among all of the products bearing this brand’s name, so no matter what sort of PC you need and how much you’re willing to spend on it, there’s a good chance the HP Red Tag sale has the perfect one for you (and at a nice discount, to boot):

Although laptops dominate the market today, HP built its name on its reliable and affordable desktop PCs. The brand has kept up with the times nicely with 2-in-1s and other modern designs, but HP still offers some fantastic desktops for professionals, gamers, and other users who like the larger interface and extra hardware capabilities of a full-sized computer.

HP’s desktop lineup covers all the bases, from its no-frills Pavilion business PCs to the higher-end Omen gaming machines, so no matter what your needs and budget, your next workstation could be waiting for you right here – and the HP Red Tag sale is the perfect chance to grab it at a deep discount:

Your desktop PC is nothing more than an expensive paperweight without some sort of a display, and just as insufficient RAM can greatly hinder the performance of an otherwise powerful CPU, a crummy monitor will hinder the enjoyment you get from using your computer. This is especially true for gaming PCs, as even the beefiest graphics will suffer when paired with a laggy, dull display that’s prone to screen tearing.

The good news is that along with some of the top laptops, HP also makes many of the best desktop displays that money can buy. So whether you’re just after a simple and affordable workstation monitor or a high-end ultrawide or curved gaming display, these deals from the HP Red Tag sale should have what you need to upgrade or complete your desktop PC setup:

Buying a new printer isn’t as fun as shopping for a new laptop or gaming PC, but the simple fact is that most of us need one either at home or at the office. And, if you’re like most people, you probably buy a printer with the expectation that it’s going to be some time before you need to purchase one again, so it’s a good idea to get a unit from a reputable maker like HP.

Computers are obviously HP’s bread and butter, but the brand also makes a lot of great printers and accessories. The HP Red Tag sale features a handful of deals on this boring-but-necessary stuff, too, and since these peripherals are things that everybody needs, this is a fine time to buy a new printer, keyboard, or other home office must-haves while saving some money: